His entry into MLB Hall of Fame is cheap. 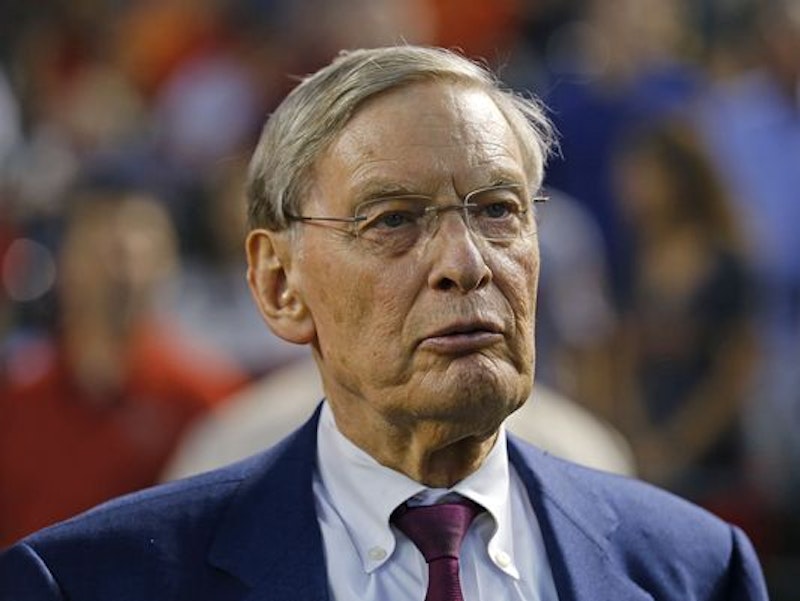 Earlier this week Bud Selig completed his rise from used car salesman to Baseball Hall of Famer. The former commissioner was voted into Cooperstown by the newly-formed Today’s Game Era committee. The committee should be more aptly dubbed the Steroid Era committee as it focuses on executives, umpires and overlooked players from 1988 to the present day.

It’s no coincidence that the Steroid Era aligns almost perfectly with Selig’s 22-year reign as MLB commissioner. He repeatedly turned a blind eye to baseball’s burgeoning steroid problem during the mid-90s while privately cashing in on the increased attendance and TV ratings that came with the long ball barrage. Selig not only failed to call attention to baseball’s obvious steroid issue in the 90s, he benefitted financially from the continued charade. Selig only expressed public concern as MLB’s Public Enemy #1, Barry Bonds, closed in on Hank Aaron’s home run record. If Selig had any concern for the sanctity of baseball’s record books, or the legacy of his “friend” Hammerin’ Hank, he should’ve acted years earlier.

Selig is still that used car salesman from Milwaukee selling lemons to baseball fans. In a recent interview with Jayson Stark of ESPN, Selig once again feigned ignorance. Instead of owning up to his part in numerous embarrassing moments for MLB, Selig is still the shrugging doofus in the stands at the end of the tied 2002 All Star Game. Selig apologists will point to baseball’s rising profits, franchise expansion, playoff expansion and increased attendance as proof of Selig’s worth. Those same people conveniently overlook Selig’s outright dishonesty about the steroid controversy, the lockout that resulted in the cancellation of the 1994 World Series, his obsession with Interleague play and the inherently unfair unbalanced schedule, as well as his ludicrous idea to tie All Star Game results to World Series home field advantage.

Baseball fans are now left with a nominal Hall of Fame that celebrates the back room dealings of someone like Selig but fails to note baseball’s all-time leaders in hits, home runs and Cy Young awards. Baseball always deserved better than Bud Selig. As long as Bonds, Roger Clemens, Sammy Sosa, Pete Rose and Mark McGwire need tickets to enter Cooperstown then Selig should be waiting in line with them.