Some Team Will Get Suckered and Pick Up Matt Garza

The Cubs’ righty, a rental, is way overvalued. 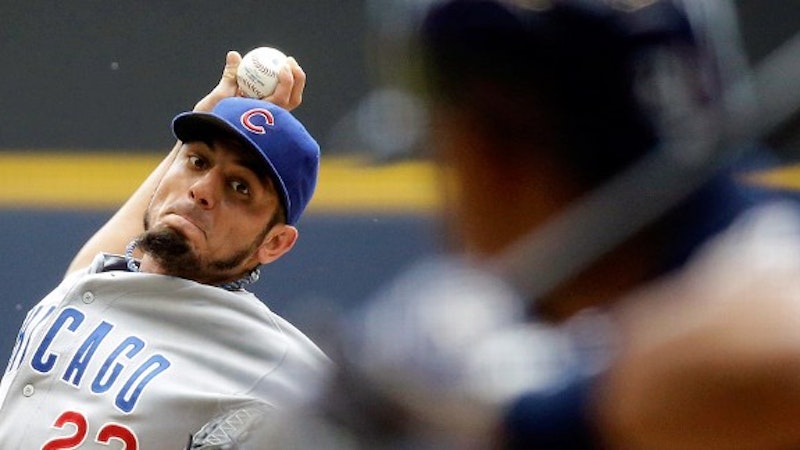 MLB’s trade deadline is upon us, and once again, certain players are getting hyped way beyond their actual value. Thanks to the new Collective Bargaining Agreement (CBA), the market is extremely seller-friendly: because of the additional wild card, more teams think they can compete, causing the number of selling teams to drop substantially. I could go on about the new CBA damage to MLB, but will focus instead on some recent baseball stories that are sticking in my craw.

Matt Garza: I don’t get it. What’s the appeal? Is it that he’s a free agent after the season, and the acquiring team won’t have to be bothered with the back and forth over whether he’ll be healthy enough to start 2014? Nope, that’s just another negative about the 29-year-old, especially because, once he’s traded, the team won’t be allowed to extend him a qualifying offer. His numbers aren’t great. Yes, he’s better than average, but by no means an elite pitcher. Nevertheless, Garza rumors have dominated hot stove fodder for the last month. In 11 starts, 71 innings total, the right-hander has accumulated a 1.0 fWAR, to go along with a 7.86 K/9 and a 2.54 BB/9. In 73 innings over 12 starts, Jake Peavy, another trade candidate, has amassed a more impressed 1.4 fWAR, with higher strikeout ratios and lower walk ratios. Is Peavy getting much attention? No, of course not, that would make too much sense. It could be that teams are scared off by his $14.5 million price tag for 2014. That also doesn’t make much sense, though, because for a pitcher of his caliber, $14.5 million is a bargain. Peavy is viewed as a constant injury hazard. That label is warranted. But those teams dismissing Peavy for his injury history ought to also disregard Garza, as his last two seasons have been marred by DL stints.

Relievers: They generate such little value over the course of a full season, but are so valuable in the month of July. Why? It’s because teams don’t stock up on relief options during the offseason. It bears repeating: relievers are relievers for a reason, and, in general, you can’t rely on them to be consistent year in and year out. Just because you had a good bullpen last year doesn’t mean you’ll have a good bullpen this year. Every year there’s a deal similar to the Matt Capps/Wilson Ramos trade, or the Koji Uehara/Chris Davis/Tommy Hunter trade. Buying teams should stick to the low-key guys that, in the end, will probably be just as effective as the big name relievers. K-Rod looks like he might fit into that mold this year.

Selling teams: trade your relievers at their peak amount of value! Don’t repeat the Joakim Soria mistake (where Royals GM Dayton Moore declined a one-for-one swap of Soria for Jesus Montero, who was then one of the best prospects in the game). That means you Sandy Alderson (who refuses to trade Mets closer Bobby Parnell) and Terry Ryan (who won’t part with Twins closer Glen Perkins).