A Case of PED Fatigue

Bud Selig’s getting his self-aggrandizing revenge. 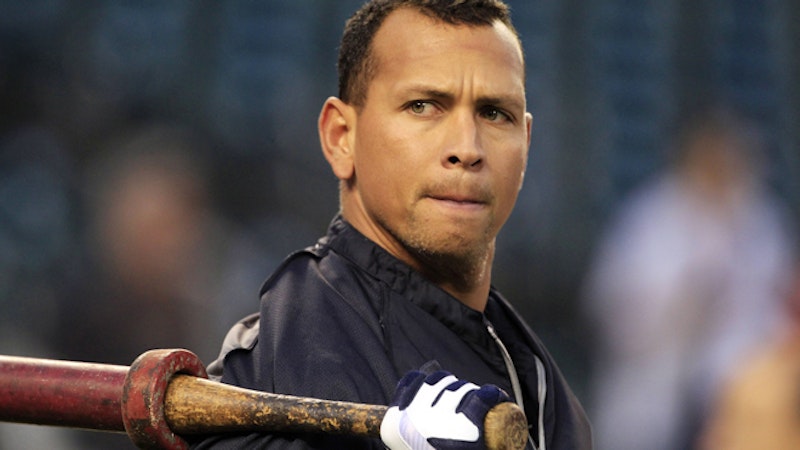 I’ve reached my fill when it comes to talk of performance enhancing drugs. The 65-game suspension handed out by Major League Baseball to Brewers’ slugger/skinflint Ryan Braun has re-kindled the ire of those who view PEDs as a scourge upon modern sports. A number of sanctimonious members of the media and former players are droning on about the indignity of being lied to by Braun, as if they didn’t know he was lying as the words were coming out of his mouth. The media wants their pound of flesh from Braun and are salivating at the notion that MLB will ban Alex Rodriguez for life.

I’m done. I no longer really care enough about the concept of PEDs and how they affect the game. Perhaps I never really did. The use of PEDs in modern athletics is simply a fact of life. I don’t know the benefits or potential side effects of the myriad of drugs, creams, and other substances that have taken up for too much space in the sports pages over the past several years. The idea that baseball is cleaner now than it’s ever been, as espoused by Bud Selig last week, is laughable. The simple fact is no one really knows who is doing what and to what benefit or detriment.

The Braun debacle is particularly laughable. MLB has made the Biogenesis investigation priority number one, presumably in an effort to show how serious they are about cleaning up the sport. Considering that the investigation to this point has mostly centered on Braun and A-Rod reveals MLB’s true motive. Braun publicly embarrassed MLB, not to mention Dino Laurenzi Jr., after he won his appeal of a 50-game suspension on a technicality in 2011. Braun proclaimed his innocence, pointed fingers at the innocent, and generally rubbed Selig’s nose in it. It was the ultimate man bites dog moment for Selig. After a decade of sitting idly by as his sport was swept up in steroid culture Selig suddenly got tough on cheaters when the hallowed records of his hometown hero Hank Aaron were assaulted by Barry Bonds. Braun, another Milwaukee slugger, scored a win over Selig and his newfound stance on PEDs. Earlier this week Bud got scoreboard on the Hebrew Hammer.

The persecution of A-Rod won’t draw much sympathy. Rodriguez has made the wrong choice at every turn of his career. He’s become the most hated man in baseball. There are rumors that MLB is preparing to impose a lifetime ban on A-Rod, which has kicked off a nonsensical week of medical reports and feet dragging by the New York Yankees. The persecution of A-Rod is low hanging fruit for MLB. Rodriguez, though he’s never tested positive, has admitted to steroid use in the past and is now closely linked to Biogenesis. No one will shed a tear if A-Rod is banned for life. The Yankees and GM Brian Cashman will throw a party. If A-Rod is banned the Yankees will receive the ultimate “Get out of jail free” card. Despite knowingly entering into a $270 million contract with an admitted steroid user the Yankees somehow see themselves as victims. MLB letting New York off the hook for A-Rod’s latest transgression would be shameful.

The intense focus on Braun and Rodriguez leads me to wonder if MLB would’ve cared about Biogenesis at all if those two big fish hadn’t turned up in the net. A scandal involving Nelson Cruz, Gio Gonzalez, and Melky Cabrera isn’t quite so juicy and offers no chance to vanquish an old nemesis.

As much as I’m over the self-righteous chest thumping of media and retired players when it comes to PEDs I’m equally frustrated with the concept that baseball is alone in this mess. The NLF churns out bigger, stronger, faster players every year and shockingly few of them test positive for anything other than weed or Adderall. The NFL apparently either thinks we’re idiots or unconcerned with the manner in which players set new records for speed, agility, and time to return from catastrophic injuries. The NFL’s version of Biogenesis is coming. My guess is the league will pay whatever price it takes to keep such a scandal from coming to light.

The concept of performance enhancers has been around as long professional sports. Baseball players in the early 1900s used cocaine in order to play doubleheaders after long train rides in cramped quarters. The use of amphetamines (greenies) is openly discussed in Jim Bouton’s Ball Four which was written in 1970. The Pittsburgh Steelers of the 1970s won four Super Bowls with the assistance of steroids. Isn’t cortisone a performance enhancer? NFL players have been pumped full of painkillers on game day for decades in order to take the field. What makes a shot administered by a team trainer to return from injury so different from one administered by a teammate or personal trainer? Imposing lifetime bans on players that test positive may make some of the zealots sleep at night, and score a public relations win, but even that step won’t insure a “clean” game.

The “cheaters” will always be ahead of the testers. There’s more money in developing and selling the drugs than creating new tests. Professional sports are on a never-ending carousel of PED scandals. The thought that baseball, or any sport, will ever be clean is a pipedream. I’m not buying Selig’s course on revisionist history, nor am I applauding him for his efforts in cleaning up the game he willingly, and profitably, sullied.