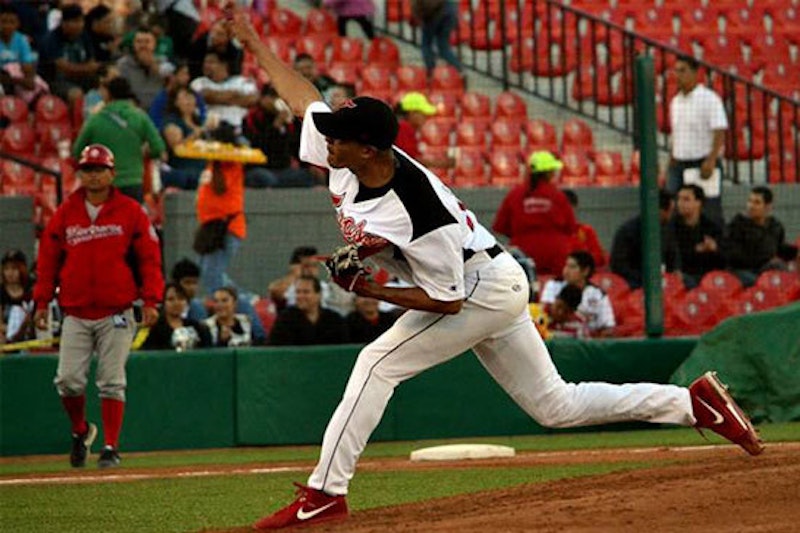 In the second full season of Theo Epstein’s rebuilding project the Chicago Cubs have moved from hopeless disaster to surprising overachievers. Chicago is currently nine games under .500 but if not for some putrid early-season performances from the bullpen (namely the recently jettisoned Shawn Camp and Carlos Marmol) the Cubs could be hovering around .500. While the on-field product has taken a step forward this season it is the minor leagues where the real hope for the Cubs’ future is on display.

Chicago’s system received high praise from two midseason prospect reports. ESPN.com’s Keith law ranked four Cubs prospects among the top 50 in the game. Law included recent first round draft choice Kris Bryant on his list and ranked the third baseman out of the University of San Diego as the #15 prospect in baseball. Another player, Double-A shortstop Arismendy Alcantara, was listed as an honorable mention on Law’s list. Prospect maven John Sickels, of minorleagueball.com, hoisted similar accolades upon the Cubs with Jorge Soler, Albert Almora, and Javier Baez all in the top 23 prospects and Alcantara coming in at #57. Sickels did not include recent draftees in his rankings which means Bryant didn’t make the list.

Chicago’s minor league system has made a quantum leap since Epstein and Jed Hoyer took the reins of the baseball operations department in the fall of 2011. In addition to adding Almora and Bryant ($6.7 million signing bonus) through the draft over the past two years the front office shelled out big money to ink Soler. The Cubs are expected to be serious bidders for Cuban pitcher Miguel Alfredo Gonzalez. The 26-year-old defector was recently cleared to sign a free agent deal with any Major League team. While the Cubs have taken a step back in terms of payroll for the big league squad they have spared no expense in their attempts to add premium amateur talent.

Gonzalez is reportedly a power right-hander who could be ready for big league duty. As with most all Cuban players there’s really no telling if the legend of Gonzalez matches his true ability. The Cubs will be battling the Dodgers, Red Sox, Rangers, and a host of others for his services. Chicago has done a tremendous job stocking the minor league system with premium bats but has not had as much luck on the pitching side. Gonzalez would instantly become the Cubs’ top pitching prospect and could fill the rotation spot soon to be vacated by Matt Garza.

Garza, a free agent in the fall, is expected to be dealt very soon; perhaps as early as next week. The Cubs are likely looking for a Top 100 pitching prospect in return for Garza. Boston and Texas appear to be the teams most interested in Garza, though the Pittsburgh Pirates could be a dark horse. One complicating factor could be that while Chicago attempts to trade Garza to Boston or Texas they’ll be simultaneously bidding against those teams for Miguel Alfredo Gonzalez. If Gonzalez is as good as advertised it’s possible he could be viewed as a legitimate alternative to Garza for whichever teams lose out in the Garza sweepstakes. The Cubs may want to make the best deal they can for Garza before we the trade deadline and then back up the Brink’s truck for Gonzalez. Chicago needs pitching prospects and has no shortage of funds.

The Cubs flexed their financial muscle landing multiple top prospects among International free agents. While most signings aren’t yet official the team has reportedly agreed to deals with the top two prospects on Baseball America’s International list in Dominican outfielder Eloy Jimenez ($2.8 million) and Venezuelan shortstop Gleyber Torres ($1.7 million). Chicago also signed several pitchers to contracts in excess of $250,000. The Cubs were so serious and aggressive about acquiring International talent that they had no issue exceeding the $4.55 million bonus pool allotted by Major League Baseball and will incur taxes in addition to the paid bonuses.