"The game is in the refrigerator." -Chick Hearn 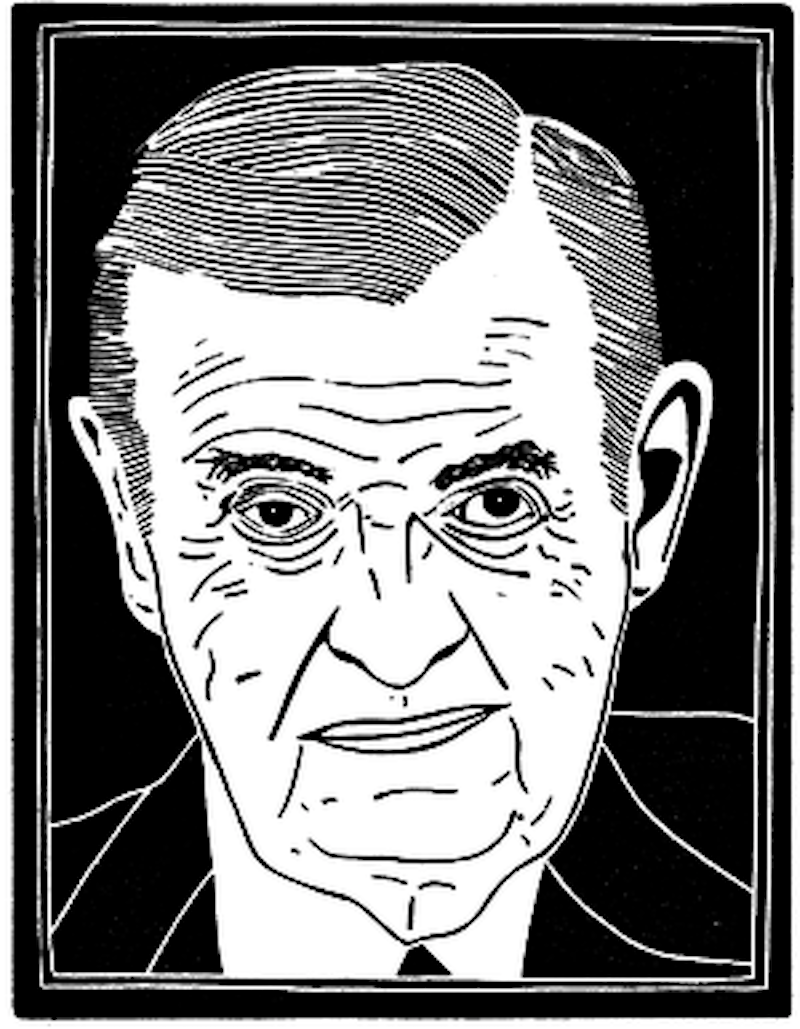 It was 2002 and the Lakers had just beaten the New Jersey Nets for their third straight NBA Championship. A huge Lakers fan, I took a subway to downtown L.A. to check out the parade. As I watched the double-decker buses carrying the players down Figueroa Ave., I noticed Chick Hearn standing at the front of the first bus. He was leaning against the top rail, his hair dyed purple, his shirt drenched with sweat and champagne. While Shaq and Kobe waved to the crowd, Hearn stared straight ahead. This was his ninth championship as Lakers announcer and at age 85, he was exhausted. Less than two months later, Hearn suffered a fall at his Encino home that took his life. The world's greatest basketball announcer was gone and the NBA lost a legend.

Francis Dayle Hearn was born in 1916 in Aurora, Illinois. He played basketball at Bradley University and he earned his famous nickname from a prank played on him by teammates. He was given a box of sneakers and when he removed the lid he found a dead chicken inside.

Hearn became the Lakers play-by-play man in 1961 after the team moved from Minneapolis to Los Angeles. His announcing style featured an enthusiastic, rapid-fire delivery peppered with colorful phrases and an offbeat sense of humor. Hearn invented many of the terms that have become common basketball parlance. These include: Slam Dunk, Air Ball, Finger Roll, Give and Go, No Harm No Foul, Dribble Drive.

Hearn also coined a number of phrases that became known as "Chickisms."

"Bunny Hop in the Pea Patch"—when a player was called for traveling.

"The Mustard's off the Hot Dog"—when a player made a mistake while showing off.

"Yo-Yoing Up and Down"—dribbling the ball.

"Got caught with his Hand in the Cookie Jar"—a blatant foul by a player.

"Throws up a Brick"—a terrible shot.

"Heart-Brrreeak!"—a shot that goes in and out of the basket.

"He couldn't throw a Pea in the Ocean"—when a player's shooting has gone cold.

"Put him in the Popcorn Machine and he's covered with Butter"—When a defensive player leaps in the air from a head fake and the opposing player scores on him.

If a player tried an impossible shot that had no chance of going in, Hearn would say: "He has two chances, slim and none and slim just left the building."

If that same impossible shot actually went in the basket, Hearn had an alternative call: "He throws up a prayer... and it's answered."

Whenever the Lakers had a lead that Hearn deemed insurmountable, he’d launch into his most famous phrase which guaranteed a Lakers victory: "The game is in the refrigerator, the door is closed, the lights are out, the butter's getting hard, the eggs are cooling and the Jello is jiggling."

From 1961-1965, Hearn missed only two Lakers games, one due to laryngitis and the second after he missed a plane flight. In 1965, he began a new announcing streak that would reach 3338 consecutive Lakers games.  The streak came to an end in 2001 when he had cardiac bypass surgery.

Hearn was possibly the most beloved of all Lakers personalities. In the days when the Lakers played at the Forum, fans could walk up to him before games and have a conversation. He was always friendly and smiling and he'd often mention a fan's birthday or offer a get-well sentiment live on air.

Hearn was also brutally honest. In 1998, he was honored for broadcasting 3000 consecutive games. The Lakers were losing to Orlando at halftime and after accepting his award, Hearn told the crowd, "The Lakers look like dogs. If they play the third quarter like they played the first half, I'm going to buy them Alpo." The Lakers went on to win the game by double figures.

In 1991, Hearn was inducted into the NBA Hall of Fame. He had a street named after him in downtown L.A. and his name was hung from the rafters inside Staples Center beside Lakers greats like Jerry West, Wilt Chamberlain and Magic Johnson. In 2010, a bronze statue of Hearn was christened outside the Staples Center. He’s the only non-player to receive such a statue.

Hearn and his wife Marge were married 64 years. They had two children, a son, Gary, who died of a drug overdose in 1972 and a daughter, Samantha, who died from complications of anorexia in 1991.

When Hearn died in 2002, flags at Los Angeles City Hall were flown at half-mast. Thousands of fans and numerous Lakers greats showed up at his funeral. Cardinal Roger Mahoney told mourners: "I am going to go outside and look up in the sky, because I think for the last time we will see the meteor go by and we will wave so long. This one's in the refrigerator."