Seattle's In For Another Awful Year

Mariners’ GM Jack Zduriencik Should Stick to His Talent: Drafting. 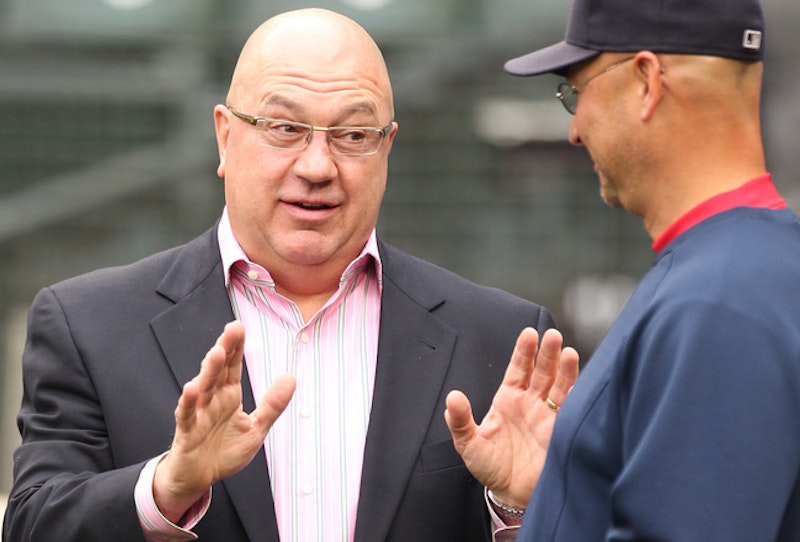 The Mariners have a strong farm system. Seattle’s terrible major league team would suggest they’ve traded away all their valuable veterans to get this bounty of youth. Wrong. The Michael Pineda trade with the Yankees is the only one that yielded a substantial return (slugger Jesus Montero). In fact, it’s the only deal that GM Jack Zduriencik didn’t lose (he didn’t win, either. As of now, the trade appears fairly even. Both teams addressed areas of need while dealing from areas of depth). No, Seattle’s impressive minor league system has been the product of smart drafting. If one thing is clear, Zduriencik knows how to draft and build up a young club, but that’s about it. The long-time executive functions better as a director of scouting and player development, not as a general manager.

Seattle’s future rotation promises to be deep with a collection of aces. Taijuan Walker, Danny Hultzen, and James Paxton all chart in the top 50 of Keith Law’s MLB prospect rankings. We’ll have to wait a little while to see those guys, even though their rotation could be just as good right now. Had Zduriencik not traded Brandon Morrow and Doug Fister, the M’s top three would be menacing. Undo the Pineda deal, too, and Seattle would be competing with the Rays and Angels for best pitching staff honors. Pineda netted Montero, though, and they desperately needed an impact bat. That move was more than justified. Jackie Z flipped Morrow for Brandon League, who is now an All-Star closer. Emphasis on the word closer. In Morrow, the Blue Jays now have a budding number two: he has control issues but also has the potential to lead the majors in strikeouts. With the Fister trade, Seattle received four prospects! Four! A four-for-one deal is automatically a steal, right? No, not even in fantasy baseball. The only prospect of note acquired was Francisco Martinez, who is a third baseman with moderate upside. Put that all together and you traded 10 wins a year, potentially more, for a mere one or two. Having those two studs back would also leave room for the club to deal some of its younger talent for more hitting, which the M’s always need.

But since they’ve dealt away all most of their functioning arms, why not just go all the way and peddle Felix Hernandez. The King is making $60 million over the next three years. If they are lucky, the team might compete in one of those seasons. Just one. And then, in all likelihood, he’ll be gone. What kind of allegiance does Felix have to the Mariners? He doesn’t have the type of incentive Ichiro did to stay (Seattle’s Japanese community is vibrant), and lord knows that the M’s aren’t going to compete with the Yankees or Red Sox in a bidding war. It’s either extend him now, while the young ace could still be inked long-term relatively cheaply, or trade him. Trading the most valuable pitcher in baseball would instantly bump the M’s from “potentially competing relatively soon” to “knocking on your door Rays-style.”

Then again, Jackie Z would probably screw it up.