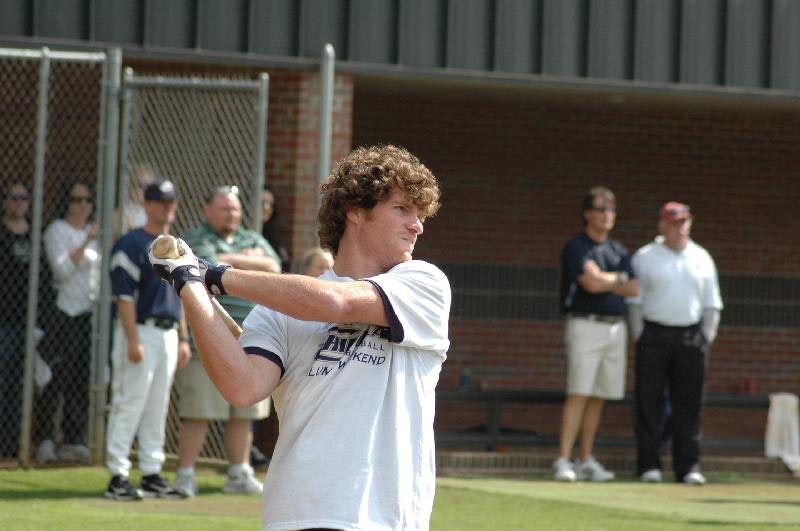 The free agent shuffle that saw Prince Fielder and Albert Pujols bolt for the American League will have a real impact on the National League in 2012. The pitchers in the National League Central no doubt breathed a sigh of relief when the pair of sluggers departed for the junior circuit. Fielder's decision to sign with the Tigers left a gaping hole in the Brewers lineup. Mat Gamel, Prince's longtime understudy, will get first crack at replacing the All-Star.

Gamel, once a top Milwaukee prospects, is no longer a young hot shot. The soon-to-be 27-year-old broke into the big leagues in 2008. In parts of four seasons with the Brewers Gamel has amassed just 171 at bats. He spent most of the past few seasons pounding Triple-A pitching and waiting for his chance. The team resisted moving Gamel in a trade, preferring to keep him for this exact circumstance.

Gamel will be the Brewers’ top first baseman this season. Milwaukee signed slugging third baseman Aramis Ramirez to replace some of Fielder's power production and provide lineup production for Ryan Braun. Gamel will get the chance for regular at bats without the pressure of putting up Fielder-like numbers in the Brewers cleanup spot. He won't be among the top first basemen selected on draft day but he'll post solid power numbers and will get plenty of at bats.

The Cubs are admittedly in rebuilding mode. Trade rumors swirled around pitchers Matt Garza and Ryan Dempster during the offseason. The key to Chicago's rebuilding efforts will be identifying and developing viable options for the starting rotation. The Cubs have moved Jeff Samardzija from the bullpen to the rotation in Spring Training. Samardzija, who bounced between the bullpen, rotation, and Triple-A for several seasons, has been lights out this spring.

In 10 Cactus League innings (through March 20) Samardzija has struck out nine batters and walked none. The improved control is a great sign for Cubs fans and fantasy leaguers alike. Samardzija has always had great stuff but lacked command. If he can carry over his spring success to the regular season he may be a long-term answer in the middle of Chicago's rotation and a great value pick to stash on your fantasy team's bench.

The Miami Marlins were the talk of baseball in December. They rolled out new uniforms, name and ballpark, hired a new high profile manager, and tossed cash around like they were on shore leave. In the frenzy over the signings of Jose Reyes, Heath Bell, and Mark Buehrle, the forgotten man has been Logan Morrison.

Morrison clubbed 23 home runs in just 128 games in 2011. He added 25 doubles and posted a .797 OPS in his first full Major League season. Morrison has been in the news quite often for his often off-color Twitter feed but he's still just 24. Morrison's on base percentage last season was just .330 which pales in comparison to his career .381 OBP in 471 minor league games. Given the patience at the plate he exhibited as a minor leaguer and the extra base power he exhibited in 2011 Morrison may be a future fantasy monster.