Requiem for a Soccer Coach 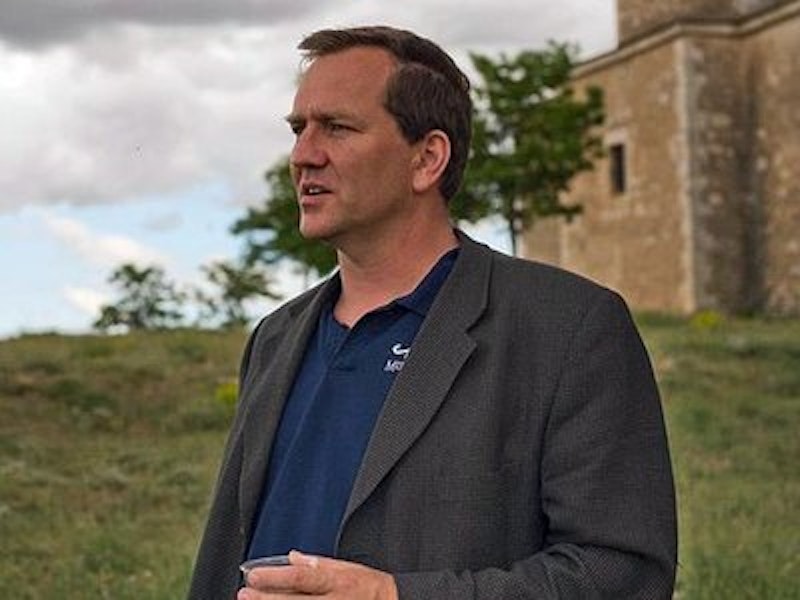 I don't quite remember the night I met Andy McCabe, the Bard College men’s soccer coach, but it was at the local bar in Rhinebeck that serves working people and not young Wall Streeters up from the city for long weekends. It’s the kind of place where you meet a guy like McCabe—a rare well-traveled New Englander and a division III NCAA coach who preferred sleeping on the floor. Why? Perhaps, he would say, it had something to do with his multi-hued background in the Peace Corps, Vermont wine sales, Appalachian political campaigning or the fact he had a bad hip.

McCabe was always a solo diner at the old bar usually in the later hours on nights when Goth Steph was at the stick. He was also a big fan of this crushingly beautiful Pratt photography graduate from the North Country with a deep laugh and fishnet Liz Taylor riff who could make you forget your worst day on the planet with her precise aim of a drinks coaster and a searing bat of an eyelash. Steph, like most bartenders in the area, knew that Bard College, with its tiny liberal arts high-tuition stature, is a firm target on the love/hate radar of northern Dutchess County natives. The redneck intelligentsia love to bash the impractical snobbery of the place while at the same time a spouse or two has thankfully boarded the Bard gravy train. That means an administrative or support staff job at the college, replete with tasty union wages, benefits packages and occasional tuition discounts for the children.

McCabe was aware of the uncomfortable Bard dichotomy among the locals, and often exploited it for his own amusement. He was not the “smartest guy in the room” in the Eliot Spitzer sense of hubris, but did possess a sort of stealth eccentricity that would only emerge when fellow bar dwellers would actually listen to his discourse on any number of subjects, with soccer being a rare topic for the coach. Both the Bard community and the townies know there is no more difficult occupation at the college than being an athletic coach of any kind. It’s graceful losing personified as rosters can barely be filled and Liberty League opponents tend to chuckle when they see Bard on the schedule. The Bard Raptors athletic squads almost conduct their business underground, away from the academic dynamos holed up in bespoke architectural bragging stations along Annandale Rd.

Sympathetic drinks were usually purchased on McCabe’s behalf if he sat long enough at the bar in his Bard soccer polo shirt or other school-emblazoned attire. Yes, he would confirm to the incredulous, he was indeed a coach at Bard where the president of the college has publically scoffed at “athletics” as being somewhat useless.

McCabe moved to Bard after eight years as an assistant men’s soccer coach at Middlebury College in Vermont. Since Steph had moved north to Saratoga and was probably serving similar Skidmore customers, I hadn’t seen McCabe as frequently. He rented locally from another bartender in Rhinebeck. She’s the one who called me on April Fool's Day and I was hoping what she said was a joke. “Just wanted to let you know that earlier today I found Andy dead on the steps of his apartment,” the bartender said. It was no joke. Could have been his heart, or the pain medications, no one was quite sure. McCabe was 54.

More than 400 turned out for a memorial service at Middlebury and another 300 or so attended a service on the Bard Campus last week. Bard president Leon Botstein was among the first speakers and cited a lack of suffering as one reason not to lament the passing of a loved one. He also cited classical passages involving Solon the lawgiver of Athens. He was impressed with the turnout of student-athletes, including the soccer team from nearby Vassar College, who gathered to say goodbye to McCabe on a sunny April day. Botstein did mention his college being “not known for our athletic prowess” and took a jab at the NCAA sports establishment. “We are not against sports here at Bard. We are against the trivialization and commercialization of sports,” he said, adding that major universities have used sports as entertainment product oversold in great number to the general public.

Botstein’s well-intentioned gravitas was later complemented by some sincere memories from David Saward, the men’s soccer coach at Middlebury. The Londoner has done 31 seasons at the helm of the respected Panthers soccer program and hired McCabe from behind the counter of Andy’s wine store in an old bowling alley in Middlebury.

McCabe had recommended a particular red wine, describing it as “rather masculine, with erotic overtones,” Saward recalled. “I’ll have a case, then,” the coach replied to his new hire. Saward also spoke of McCabe’s love of the “long throw” strategy and his desire to recruit a one-armed player who would have the strength to heave the ball well downfield and would win the sympathy of every referee in North America and not be whistled for an improper throw-in.
At the reception near the Bard soccer field, I had one question for Saward and it stemmed from watching the 2013 NFL playoffs and Super Bowl XLVIII with McCabe at the local bar. The Seattle Seahawks were playing San Francisco in the NFC title game and placekicker Steven Hauschka nailed a field goal for Seattle. “Best thing we ever did for that guy was cut him,” McCabe said of the Seattle kicker. Hauschka was indeed cut from the Middlebury soccer team some 10 years earlier. He went on to try football, ended up doing well in one season at N.C. State as a kicker and was signed by the Minnesota Vikings. He graduated with honors from Middlebury with a degree in neuroscience and is certainly the only graduate of that college to ever hoist the Vince Lombardi Trophy.

“What was it like to cut Hauschka?” was my question to Saward as the Crystal Palace supporter squinted in the Annandale sun. “Goes to show you one never knows,” Saward said. “He actually wasn’t that bad of a player.” After the Seahawks won the Super Bowl that included two field goals from Hauschka, Saward sent him a congratulatory e-mail. “We were going to ask him about his Super Bowl share and how much it was,” Saward said with a laugh. “I told him he can thank us that he didn’t end up in some adult soccer D league in somewhere like Needham, Mass.”

I already miss McCabe and his tales of recruiting. He’d try to stem his travel by sending brutally honest recruiting letters almost aimed at discouraging a prospect from coming to Bard. A few months back I saw him loading up his car in town, figuring he was bound for Vermont to take care of his properties there. Instead he was headed into the bowels of central Pennsylvania to visit a high school senior who was considering Bard. “What about your recruiting letters?” I asked.

“Maybe they don’t read them,” he said with a shrug. And off he went.