A solitary road for the U.S. men’s soccer team. 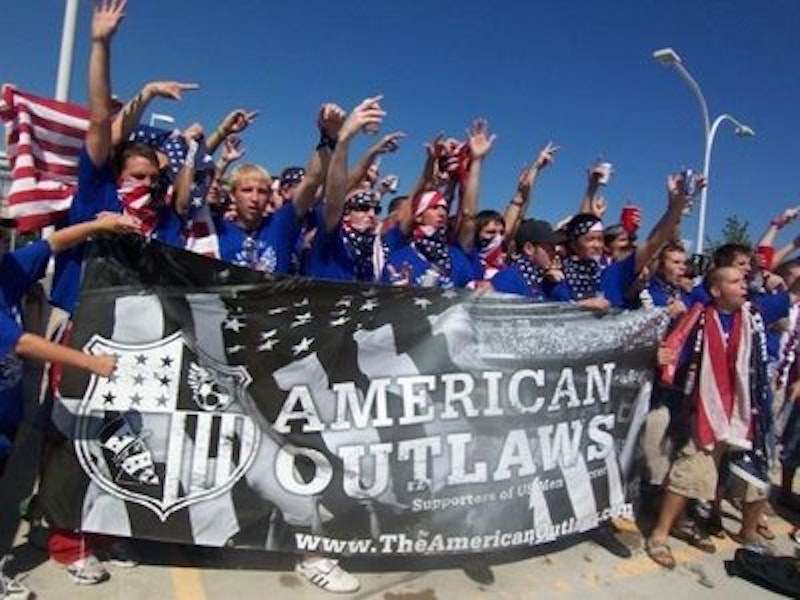 I was eating Buffalo Cauliflower alone as I watched the first leg of the U.S. vs. Honduras 2018 World Cup qualifier in a Euro-style bar called the Copper Head Tavern off the beach in Indialantic, FL, a few days back. It was late on a Friday night and the game was on an obscure cable channel and the sound was down. There were lots of second dates and a surprisingly youthful crowd for a town that used to be a predominantly geriatric population.

It was Easter break, so crowds were nigh and traffic tight. There had been an Atlas rocket launch a few nights before, and it paled in comparison to the old Space Shuttle night launches that made the Space Coast an exciting and fruitful place to live and work for NASA engineer types and government contractors. The ground did not rumble as the payload of TV dinners and sports drinks was lofted toward the International Space Station’s nerd orbit somewhere in the night sky. The Atlas rocket was a distant orange light, a Roman candle, failing to inspire awe even in my 11-year-old daughter who stayed up late to see the spectacle. Like the space program, the U.S. men’s soccer squad isn’t what it used to be, as was apparent when Guatemala blanked our boys 2-0 on their home soil. The U.S. team wearing their redesigned and generic looking crest seemed tired and disinterested, reminiscent of the timid squad that landed on French soil for the 1998 World Cup that resulted in the Americans being back home before their postcards could be delivered. Search as I might in Paris, I could find no Buffalo Cauliflower back then.

The loss at Guatemala suddenly had the U.S. with its back to the wall a full two years out from the next World Cup, well before reaching the dreaded CONCACAF “hexagonal” qualifying tourney which is when the team really punches its ticket to Russia for summer 2018. The Byzantine qualifying process is a cure for insomnia best not examined in this space, but the consensus so early on was the following home leg of the qualifier was a “must win” for the U.S. lads. The loss also jacked up the “Fire Jurgen Klinsmann” crowd, blaming the German soccer legend for the befuddling mismanagement of the roster rice bowl of aging veterans who used to play in Europe and sprouting greenhorns making noise in Major League Soccer stateside. Apparently, he’s also responsible for all the horrendous craft beers violating the 1516 German beer purity law known as the Rheinheitsgebot.

Back home in upstate New York where I hoard basic Genesee lager in large cans, the Tuesday night home match played in Columbus, Ohio, provided an opportunity to finally meet members of the famous American Outlaws supporters group which now boasts more than 175 chapters nationwide, including the 99th chapter founded as the American Outlaws Hudson Valley. The AOHV “home bar” which is featured on the AO website for each chapter, was listed as the Union Square bar in downtown Poughkeepsie. So off I went to watch the big game with the big-hyped supporters group, hoping to have my ears ringing with Anglophile-style soccer chants as the game kicked off at the civilized hour of 7:25 p.m. As I hustled through the empty streets of Poughkeepsie to reach the bar, I thought back to the old Empire Supporters Club days at Giants Stadium in 1996. The MLS “New York/New Jersey” MetroStars had just started up and were suffering immediate growing pains, playing on crappy U.S. football AstroTurf in a generic NFL stadium in a swamp in New Jersey. The tailgate parties, however, kicked ass, as did the bus-renting club road trips to Foxboro and RFK Stadium in D.C. Maybe the Outlaws would be as much fun as the rag-tag bunch of MetroStars supporters, few of whom stuck with the team as they transitioned via financial takeover to become the New York Red Bulls in 2006.

I opened the door of the Union Square Bar to the sound of crickets. There was a statuesque bartender betty and one barback type fellow eating wings. No one else. The flatscreens were showing match previews airing on ESPN News. I looked toward a backroom for a collection of the Outlaws. More crickets—not a soul or a soccer scarf to be found. I ordered a weak Guinness, stared at a menu. A few older blokes came in and surveyed the TV situation as kick-off loomed. I had asked the barkeep betty to tune in ESPN2 for the match. She disappeared in the back, saying she would call her manager. She emerged from the curtain scowling at the screens still tuned to ESPN News, which is the default channel for all women bartenders who work weeknights in sports bars and think “that will do” for the evening. She said the remotes weren’t working and she couldn’t change the channels. I paid and bolted for the German place around the corner, where the two blokes had just come from. “They’re doing fine over there,” they said as I apprised them of the situation.

Still no sign of the famous American Outlaws, known for their stalwart soccer tavern events for every U.S. national team game. Schatzi’s saved the day, serving up liters of Kolsch with the game on several screens with a few other international friendlies to boot. The two older blokes returned to Schatzi’s and it turned out one was a local bar co-owner simply making the rounds of the neighborhood to see what was up. I asked about the Outlaws, and he figured they had called ahead and heard about the TV trouble at their home bar and opted to go elsewhere. Not likely, I figured. They had nothing on their website or Facebook page other than the generic U.S. soccer promotional flyer for the game, which, by the way, was a rousing 4-0 victory for the U.S. The win put them back in charge of their own destiny and the hole in the German-coached tire was properly repaired with some Clint Dempsey/Michael Bradley Epoxy.

With the next qualifying matches not until September, U.S. Soccer officials have plenty of time to settle the embarrassing wage bias lawsuit recently filed by key members of the more-successful yet-underpaid U.S. Women’s national team.

Meanwhile, up the Hudson River a few clicks, Kingston is gearing up for this summer’s debut of the minor league Kingston Stockade soccer club. In light of the enthusiasm in Kingston, I was hoping the soccer nerds would organize something for the U.S. vs. Guatemala match. Instead, I had to travel south to Poughkeepsie to find the notorious American Outlaws absent for such a big U.S. soccer match. The Stockade fan base has already formed its own supporters group with the awkward name “Dutch Guard” (goodbye, German fans) and the home stadium for the squad is no great shakes, but sometimes these things catch on, much like the rabid support for MLS expansion franchises in Portland and Seattle. Who knew the MLS would even survive this long? Who knew they would rename half their teams to mimic Euro-style nomenclature, with the Kansas City Wiz becoming “Sporting Kansas City” and the nascent Salt Lake franchise dubbed “Real Salt Lake.”

After my experience in Poughkeepsie, I might want to rename the famous American Outlaws the “American No-Shows.”