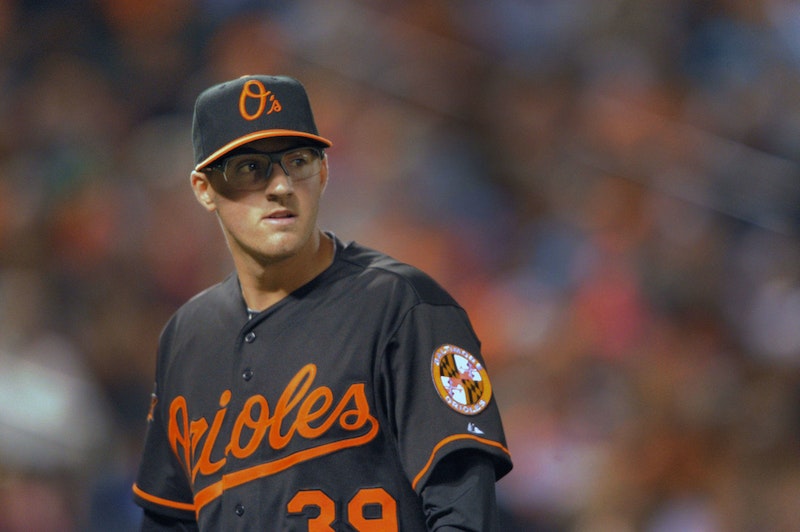 It wasn’t so long ago that I simply wanted the Orioles to become a relatively competitive team. After years of serving as the doormat of the American League, the Orioles re-built under the direction of Andy MacPhail and the morphed into a contender with Buck Showalter and Dan Duquette at the helm. After four straight seasons at .500 or better, and an offseason as baseball’s biggest spender, the Orioles should be bringing hope home from Sarasota.

But publications across the nation have picked the O’s to return to their previous cellar-dwelling ways while also denigrating the team’s farm system. The team’s ham-handed negotiations with Dexter Fowler, re-worked deal with Yovani Gallardo and recent shenanigans with Korean outfielder Hyun Soo Kim sure feels like the same old Orioles. Of course, the same old Orioles never sported Manny Machado, Chris Davis and a payroll over $150 million.

The American League East, like the rest of the AL, is a crapshoot. The Red Sox added David Price to a last place club and that seems to have been enough to win over the mainstream media. The Blue Jays lost Price to Boston but are hoping that a full season of Marcus Stroman can heal that wound. The Rays can pitch but can’t hit and the Yankees will likely lead the league in days spent on the disabled list. That leaves the big-swinging Orioles as the division’s wild card.

The O’s will hit. The team features a lineup that could have eight players finish the season with more than 20 home runs. The addition of Rule 5 left fielder Joey Rickard may give the team the added dimension of speed and high on base percentage at the top of the lineup. Rickard could also flame out after a torrid spring and find himself back in Tampa’s farm system. The bullpen, anchored by closer Zach Britton, is among the best in the league. The return of Darren O’Day and extended use of rookie Mychal Givens will help shorten games. The biggest concern with the bullpen will be overuse.

The O’s fell from Division Champs in 2014 to a .500 club last season largely because the starting rotation had a precipitous drop-off. Showalter will need to find a reliable fifth starter, and hope for Kevin Gausman’s quick recovery from tendinitis, to avoid blowing out his bullpen by June. Chris Tillman has to regain his pre-2015 form in order to stabilize the O’s rotation. The departure of Wei-Yin Chen and signing of Gallardo is a net loss for Baltimore, but the latter’s durability is a plus.

The release of Miguel Gonzalez last week further muddied the picture. Gonzalez had been a solid performer before faltering in the second half of last season. With Gonzalez out of the picture and Gausman on the disabled list, reportedly for just a few weeks, rookies Tyler Wilson and Mike Wright will start the season in the rotation. In a rotation full of suspects the maturation of 2012 first round draft pick Gausman could be the biggest factor in predicting 2016 success for the O’s. The time is now for the 25-year-old righty to make good on his potential and establish himself as a difference maker on a contending team. The health and performance of Gausman will either silence the O’s doubters or validate their criticisms.