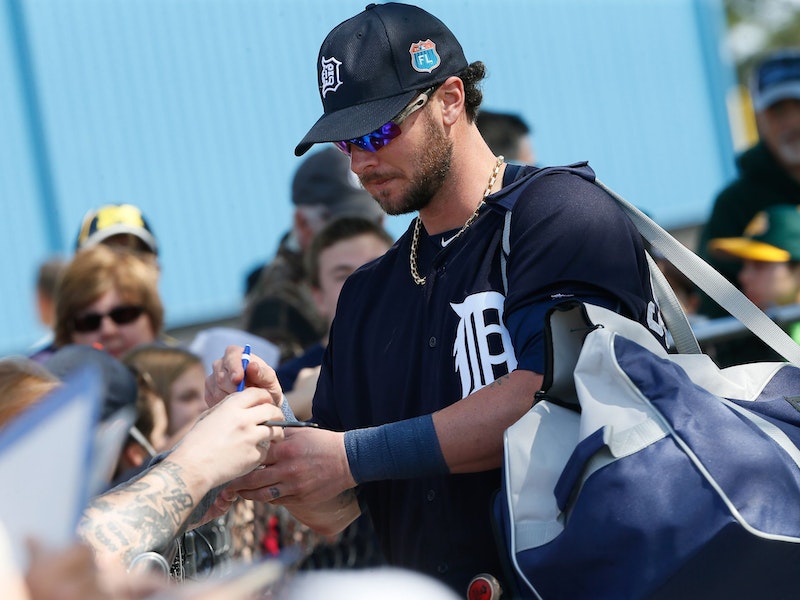 April is that time of year when new baseball heroes arrive alongside frequent rainouts and blooming tulips. It’s the month when Spring Training’s surprise stars prove their mettle or slink off to Triple-A. The exploits of Rockies’ rookie shortstop Trevor Story are well-documented. The 23-year-old began the season filling in for Jose Reyes, who’s suspended with pay awaiting the findings of a domestic violence investigation. Story’s hot start, which includes a National League leading eight home runs, could put Reyes on the street. The Rockies acquired Reyes, and the $48 million left on his contract, in last summer’s Troy Tulowitzki trade with Toronto. Story’s early season performance has been eye-opening but he has the youth, prospect status and minor league track record to suggest long-term productivity. The 2011 1st round pick posted 70 home runs and a .817 OPS in parts of five minor league seasons.

A quick glance at the league leader boards has Story’s name alongside Bryce Harper, Josh Donaldson, Nolan Arenado and Manny Machado. You may notice the name of former Rangers, Red Sox, Marlins, and Diamondbacks catcher Jarrod Saltalamacchia up there as well. Salty is even more out of his league than Story. After the Marlins cut the veteran catcher loose one season into his three-year $21 million contract, Salty caught on with Arizona last summer and posted eight home runs and 23 RBI in 70 games. In his first nine games as member of the Detroit Tigers, Saltalamacchia has already knocked home an American League leading 14 runs and ranks second with five long balls. Tigers’ starting catcher James McCann is sidelined with an ankle injury, which means that the man the Marlins paid to go away will be a mainstay behind the plate in Detroit.

When the Astros traded Hunter Pence to the Phillies back in 2011 they received a package of prospects that included Jarred Cosart, Josh Zeid and Jon Singleton. The prize of that package was Singleton. Houston took a page from the Tampa Rays playbook and inked Singleton to a $10 million long-term contract before his first official Major League at bat. Singleton has rewarded Houston’s faith in his talents by striking out 151 times in 357 at bats over two seasons. Singleton is now the highest paid first baseman in the Pacific Coast League and Tyler White, a former 33rd round draft pick out of Western Carolina University, has taken over at first for the Astros. White won the job in Spring Training after rocketing through the Astros’ minor league system. White posted a .939 OPS in 2015 while splitting time between Double-A and Triple-A. He knocked in 99 runs while drawing 84 walks compared to just 73 strikeouts. White has already launched five homers for the Astros to go along with a .340 batting average.

At the opposite end of the spectrum sits David Price. Boston’s $200 million man has pitched more like Wade Miley in the season’s early going. Price was rocked by Tampa’s limp offense on Thursday afternoon for eight runs in just 3 ⅔ innings. The shellacking raised Price’s season ERA to 7.08. Price’s big contract and Boston’s oversized expectations haven’t been matched by on-field performance to this point. It won’t be long before Red Sox Nation gets restless.