Red Sox, Astros, Yankees and Mariners Feasting on Have-Nots of the AL

How do crummy teams, like the Orioles and Royals, retain loyalty? 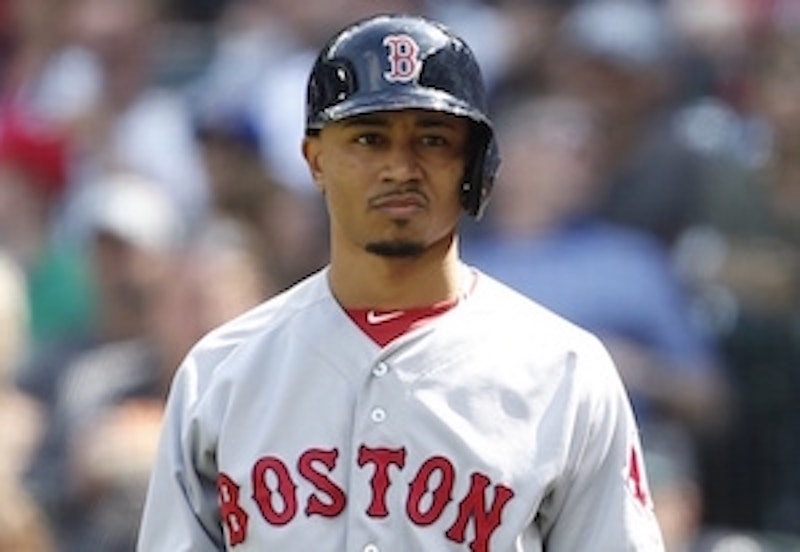 Last Friday, Major League Baseball resumed play after the All-Star break. I was walking the Keeshonds and listening to the Red Sox, who happened to be in Detroit. One of the benefits of living in California and cheering for the Sox is listening to the first couple innings before dinner, on late-afternoon walks or trips to the park. After picking up poop, I heard the Sox take a 1-0 lead over the rebuilding Tigers. Newly-acquired Steve Pearce, who hits lefties well, smacked a double. Another early lead.

That would be the only run of the game. As of Monday, before a series with the Orioles, the Sox record looked a typo in the standings. 70-31. This Red Sox team is on pace to shatter their franchise record for wins in a season (105, set in 1912). No Red Sox team since Jackie Robinson entered the majors in 1947 has won 100. Will this team somehow continue to play .700 baseball and win 112 games? If you’re a mathematical sort, you tend to believe in regression to the mean. If you’re a mystical sort, you think regression is mean. I’m part mystical and part mathematical, which means I want to listen in the hopes of hearing them set a franchise record... but know the most of these games don’t matter until October.

How is it that four American League teams are on pace to win 97 or more games, while five American League teams could lose 94 or more games? Baseball’s recent history shows the game to be somewhat balanced and unpredictable, not of such wild extremes of winners and losers. At least that’s the way it’s been since 2002. In every season since, there haven’t been more than one or two genuinely terrible (100+ loss) teams in the AL. Back in 2002, the Tigers, Royals and (Devil) Rays all managed triple-digit losses, which led to 103 wins for the A’s and Yankees, and 99 for the Angels. I bothered to examine each year for putrid teams because I’m trying to figure out how rare this situation is.

It’s tempting to blame the woeful records on team payroll. The team that spent the least in all of baseball on this year’s roster is the Chicago White Sox, and their 34-64 record shows it. On the other hand, the Baltimore Orioles are 16th in payroll, and on pace to win just 45 games. The Kansas City Royals can sell their fans on recent World Series success while they whittle away this season at a 50-win clip. The Royals payroll is 19th. The key to winning despite meager payroll is usually producing steady-to-above-average everyday players in your own farm system, as well as trading for high-probability prospects. The current version of the A’s sports both of these. Oakland has surprised most MLB experts, once again mustering a competitive team (sixth best winning percentage in MLB) despite being 29th in payroll.

On the opposite end of the spectrum, these Red Sox are big spenders, with a whopping $225m payroll, though $42m will be spent on sunk costs (Pablo Sandoval and Hanley Ramirez are no longer on the team, while Rusney Castillo languishes in AAA). Only four MLB teams have over $20m in this category of “retained payroll.” In that sense, the Red Sox are lucky that they could take two giant mulligans on two everyday players that weren’t producing anywhere close to what was expected.

While they’ve wasted some resources, the Red Sox are enjoying the fruits of their own system, producing Mookie Betts, Xander Bogaerts, and Andrew Benintendi. Betts and Bogaerts are both 25 years old, while Benintendi is 23. Red Sox fans’ biggest fear should be the prospect of losing Betts to free agency. Betts is due to become an unrestricted free agent in the winter of 2020, one year after Xander Bogaerts. Benintendi isn’t eligible until after the 2022 season. The biggest offseason question for the Red Sox was J.D. Martinez. It seemed obvious the Red Sox and Martinez were a match, but the impasse between uberagent Scott Boras and the Sox front office grew tiring. Fortunately, Martinez signed.

My goodness has his presence been felt. In addition to the stats, it’s the psychological boost he’s given the aforementioned young “Bs.” A pressure release valve of sorts. The cost of $24m per year for all that he provides will be on trial again in October, because that’s the way it always plays out. Still, there’s no way this lineup would be nearly the same without J.D.

Rebuilding is a word we often hear to describe bad teams, though it only makes sense if the team has a plan and prospects who might actually build something in the near future. Rebuilding implies hope. An aging team without present or future hope doesn't sell many tickets or inspire many fans. In fact, that type of team breeds apathy. In the Tigers’ case, they’d certainly be better with Miguel Cabrera, whose 35-year-old legs and back are out for the year. Cabrera wouldn't solve all their pitching woes even if he were in the lineup.

Of the AL’s top six, the Astros, Red Sox, Yankees and Cleveland were all favorites to win 90 or more. The surprises have been Seattle and Oakland. Teams like the Orioles, White Sox and Royals clearly weren't going to be competing for an October berth, so they threw in the towel before the season started.

The question becomes: How unbearably bad can a team be and still have fans remain loyal? Baseball has always been something of a loyalty factory, thanks in part to its old-school aesthetics and 162-game season. Fans develop a kinship that comes with time. Those fans are older and fewer Millennials care about baseball than recent young generations. The owners of the worst teams in baseball are banking on that loyalty. Losing two-thirds of the time will put that loyalty to the test.