How I Learned to Stop Worrying and Love the Knicks

A strange but gratifying distraction. 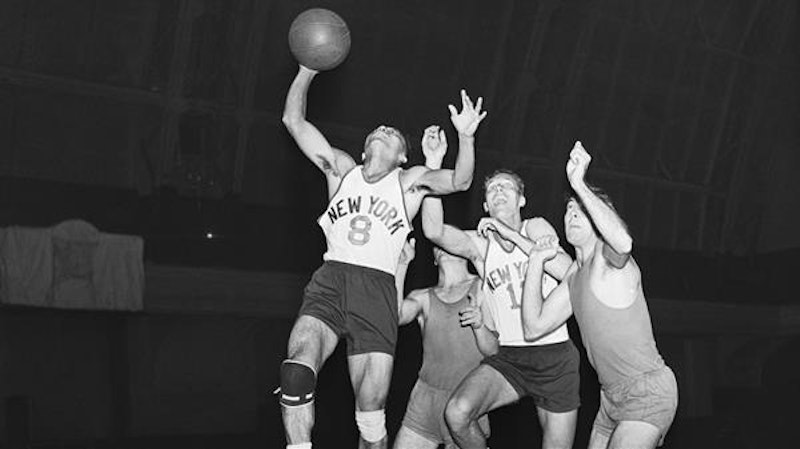 It's been a hard year for America. Our country’s led by a shamelessly corrupt administration, aided by a hostile foreign power. On a personal level, it's been difficult too. My daughter was a diagnosed with a pulmonary sequestration—a non-cancerous mass on her left lung—which must be surgically removed before her first birthday. Needless to say, I've been very worried.

In the midst of all this, I discovered the Knicks. I needed a distraction, something to obsess over that wasn't the future of the nation or my child's health. And I found that in professional basketball. Perhaps I should’ve followed the Celtics, who used to play some regular season games in Hartford, near where I live now. Or maybe the Toronto Raptors, who are nearly the same distance from my childhood home as the Knicks.

But I felt like I was a New Yorker, even if New York for me meant the Adirondack wilderness. I definitely wasn't a Brooklynite, so the Nets were out. Solidifying my choice, my maternal grandmother was an avid Knicks fan, as were a number of socialists I followed on Twitter—such as Jacobin editor Bhaskar Sunkara and David Duhalde of Our Revolution. Finally, the fatalism evidenced by supporters of this losing franchise matched my mood.

My sudden dedication to the Knicks must’ve taken my friends and family by surprise, as I'd shown no previous affinity for basketball. I played one season during elementary school. My father was a devoted athlete, and in a boring bit of teenage rebellion, I drifted away from sports—spending my high school days smoking pot and watching Quentin Tarantino films. Still, they took my request for Knicks hoodies and figurines in stride.

The fandom was a godsend to this atheist. As Trump threatened nuclear war and my wife and I agonized over the prospect of someone cutting into our baby, the Knicks helped keep me sane. I sought out all the team content I could find, trying to momentarily inhabit a world in which Frank Ntilikina not getting enough minutes was something worth worrying about.

Soon, my daughter's surgery will behind us. And I hope Trump's tenure in the White House won’t last much longer. But I think I'll remain a loyal Knicks fan. If I could get so much enjoyment from a 29-53 season, I can only imagine the excitement surrounding one in which we made the playoffs and contended for a title. With the recent additions of Kevin Knox and Mitchell Robinson, things seem to be headed in the right direction.

By 2019—as the young core matures, Kristaps Porzingis returns from injury, and cap space opens up—the Knicks could become a force. Rumors are already swirling about superstars like Kevin Durant and Kyrie Irving wanting to join the team through free agency. I'm so excited to watch the Knicks with my child, under a different president.