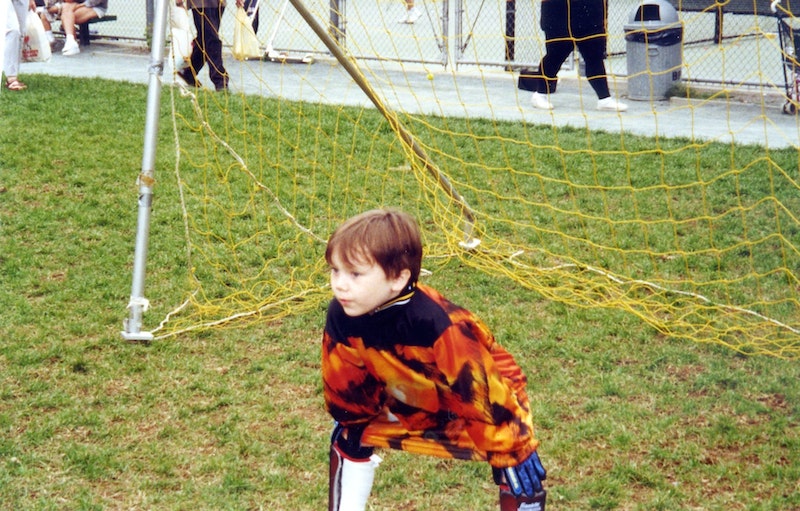 Dark times, friends, dark times. On Monday, just before noon, here in Baltimore and not Helsinki, I wandered down the street and witnessed a treasonous act by a fellow citizen. It was in a Safeway parking lot, and one of the grocery store’s security guards, in plain sight (children were present!), was taking a piss on the concrete as if he were at home in his private john. Gee whiz! Why the fellow didn’t avail himself of the store’s facilities I’ve no idea, but if there were an outbreak of Security Guard Derangement Syndrome, would anyone be surprised? A shameful day for America: one that’ll live in infamy. This was another Pearl Harbor, a Kristallnacht, 9/11 redux and it calls for Rep. Steve Cohen to organize a military coup.

Numb with shock, just like former New Yorker reporter Ryan Lizza (a #MeToo casualty), I had to scurry back to my office and listen to Stiff Little Fingers and Patti Smith (who was courteous enough to piss in a river) on non-stop repeat.

But let’s relax and turn to sports. There was an article in Sunday’s New York Times, about the drop-off in America’s youth participation in soccer, that, for no discernible reason, startled me. The reporter, Joe Drape, wrote: “Over the past three years, the percentage of 6-to-12-year-olds playing soccer regularly has dropped nearly 14 percent, to 2.3 million players, according to a study by the Sports & Fitness Industry Association, which has analyzed youth athletic trends for 40 years. The number of children who touched a soccer ball even once during the year, in organized play or otherwise, also has fallen significantly.”

Normally, I’m dubious about such studies, since they often smack of busy work for employees on a taxpayer-funded grant. I can’t count—and wouldn’t even try—the yo-yoing in the past 30 years about how the use of LSD, pot and tobacco, has either spiked or fallen, not to mention the flip-flops on the benefits (or hazards) of red wine, cheese and eggs. I just don’t pay attention anymore.

This soccer business, though, is new. Back in the 1990s, when my own kids played in a league, it was thought that the sport would soon rampage across the country. It had to be true, since a demographic called “Soccer Moms” became key for political candidates. I wish there was diminished interest in those days, for while I greatly enjoyed Little League baseball during the spring, even the comical t-ball, Saturday mornings on the soccer field— like baseball, pre-9/11, the games were played on the Stuyvesant High School grounds; when they were leveled by that actual day of infamy, the city’s leagues scrambled for alternative locations—were a chore.

My wife Melissa and I dutifully attended the matches that our sons Nicky and Booker half-heartedly participated in, and I’d look at my watch every five minutes, while shivering in the early morning autumn days. (The picture above is of Booker tending goal in 1999, undoubtedly daydreaming about Pokemon.) One time, when the game improbably required an overtime period—how anyone kept score with scads of kids running around is a mystery, but there were a lot of really mean and competitive parents in attendance who took the soccer skills, or deficiencies, of seven-year-olds very seriously—I thought back to my two weeks at Boy Scout camp for a couple of years in the mid-1960s at Lake Woodworth in upstate New York, and would’ve performed latrine duty if only the darn soccer game would end.

I’d be up at 7 a.m. on those Saturdays, listening to 1010-WINS for weather reports, hoping for an impending batch of thunderstorms heading our way. The boys weren’t that crazy about the soccer either, although they liked seeing friends, and then walking over to Gee Whiz on Greenwich St. for a “sugary” breakfast (Mike Bloomberg wasn’t mayor yet). At the end of the season they received participation trophies, which were chucked a year later; I was pleased that Nicky and Booker understood what phony-baloney those awards were. What was revealed only years later, by both boys, was they didn’t care for playing baseball either; I think they did it for my benefit, as well as the hot dogs and Cokes after the games. I was a little rattled by that admission, since it seemed like we all had a swell time at the games. As parents often do, I probably projected my own five years of Little League in Huntington, which I mostly loved (except the day I blew a playoff game, giving up six runs during a short stint on the mound), on my progeny. In any case, I doubt the psychic scars are more than flesh wounds, and they were good sports to keep me in the dark.

The study cited in the Times mentioned the high cost of soccer today, including the dues, equipment and, if Prince Trevor/Dylan showed promise, the travel leagues. Our kids weren’t in that category, thank the Lord, for the stories told by a boyhood friend, whose own sons were lacrosse stars (Howie was a champ swimmer, but a dud in organized sports) were harrowing. He and his wife ferried their athletes up and down the East Coast, effectively killing weekends. On the other hand, the oldest was scouted by West Point, and, a straight-A student, was accepted there in 10th grade; the younger one similarly received an athletic/scholarship to the University of Virginia.

Two of my nephews, raised in London, are nuts about soccer—which makes sense—and were thrilled, then disappointed, by the results of the World Cup, a mammoth global sporting event, but I didn’t watch even a minute of it. My concern right now is that the Red Sox deal for another starting pitcher—despite a dilapidated farm system—and play well into October. After all, if the Yankees win the World Series, I might ape apoplectic liberals and cry “Treason!”