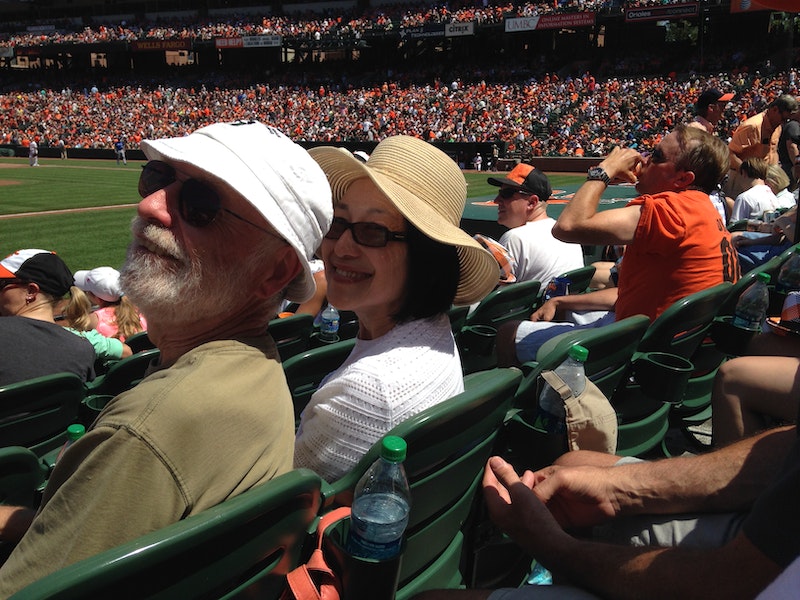 As daily newspapers have, to use a euphemism, “downsized” in the past 10 years, I can’t count on one hand the number of sportswriters I look forward to reading. One is The Boston Globe’s Alex Speier, although there’s bias there because I’m a Red Sox fan, and also find him informative on NESN broadcasts of Boston games. My favorite is The New York Times’ Michael Powell, who arrived at the paper in 2007 and switched over to sports in 2014.

Last week, Powell wrote a “Sports of the Times” column about a very weird scene at the Milwaukee Brewers’ Miller Park when reliever Josh Hader, upon entering the game, his first appearance since playing at the All-Star game, was given a standing ovation by “thousands of fans, nearly all of them white.” Powell was taken aback, as was I, on the reaction, for Hader was recently in the news for some homophobic and racist tweets he posted in his late-teens. (Subsequently, the Nationals’ Trea Turner and the Braves’ Sean Newcomb, both white, were similarly, and correctly, pilloried for posting the same type of garbage on Twitter.)

When confronted, Hader apologized, and attempted to wash it all away by saying he was just 17, and his tweets were “immature” and “inexcusable.” Powell pounced: “Point of information: A 17-year-old can drive or serve in the military, and is a year away from voting. That does not describe a child. I’m not unforgiving of youthful stupidity, although it would have been swell if reporters had asked obvious questions: How was it that you attended an integrated high school in exurban Maryland and yet posted racist and homophobic comments? From what sewer line did those sentiments bubble up?”

Powell reminds readers of the obvious: Major League Baseball is a very white sport, both on the teams’ rosters and the spectators who attend (or watch on TV) the games, with a diminishing number of black stars, especially compared the 1960s and 70s. Powell’s remiss, I think, in failing to note the surge in Hispanic players in the past couple of decades. But numbers don’t lie: the demographics say that MLB’s demographic is getting more old, and white, while the NBA’s younger and has a greater percentage of black viewers. Powell leaves out the NFL, understandably, since football, pro and amateur, is in a world of trouble today, from Donald Trump’s repugnant interference over men not acknowledging the national anthem to the more long-term problem of fewer youths playing due to the continued information about concussions suffered at any level of the game.

The Times writer concludes: “Like Chicago, New York is a majority minority city. Yet you can sit in the stands at Wrigley [Field] or Citi Field and it looks like 1955. In Milwaukee the other night, it even sounded like 1955.” As a Red Sox fan, I cringe recalling at Fenway Park the racist epithets aimed at the Orioles’ Adam Jones—as generous, principled and level-headed man you’ll encounter in sports—just last year. Boston might be the most racist city in the Northeast (Philadelphia’s up there, too), although that certainly doesn’t extend to its ownership or team.

I also recall, as a 20-year-old in 1975, feeling uncomfortable when, selling beer and hot dogs at the Orioles’ Memorial Stadium, I was often motioned for a sale instead of a black vendor who was closer to the customer. “We want the hippie,” was a common chant. Translated: the white kid. Most of the vendors were black, and a bunch of us would have beers after the game, and when I gingerly asked a friend about this treatment, he said, “Not your fault, man, this is just a fucked-up city. But the money’s good.”

Powell was writing on a specific topic, but there’s another problem that baseball, and pro sports in general, faces: domestic violence, which has no color barrier. Currently, the Houston Astros are in a pickle after trading for Jays’ closer Roberto Osuna, who was suspended for 75 games earlier this year after an ugly arrest. Similarly, Jose Reyes, Aroldis Chapman, Steven Wright, Derek Norris, and others have faced charges. I don’t know, for example, if Chapman receives a standing ovation at Yankee Stadium after closing a game, but you do wonder how the team’s front office architect, Brian Cashman (and the Cubs’ Theo Epstein before him) feels about relying upon, and paying, such a man.

Anecdotally, I’m a 63-year-old white man (not much older than Michael Powell, also white) and still haven’t attended a single game this year. That’s partly because of weather, and also, living in Baltimore where the Orioles are a stunning sad-sack team this season after several years of success, there’s not much incentive to see the O’s and Jays square off. (The picture above is of my in-laws Rudy and Daisy at Camden Yards a few years ago.) The Red Sox are coming to town soon, and barring more rain, I’ll be at the park, but it’ll mark the latest point in a baseball season I’ve made the effort since 1995, when I was pissed off about the ’94 strike.