Projection: A Middling Season for the Red Sox

A lack of pitching will sink the team. 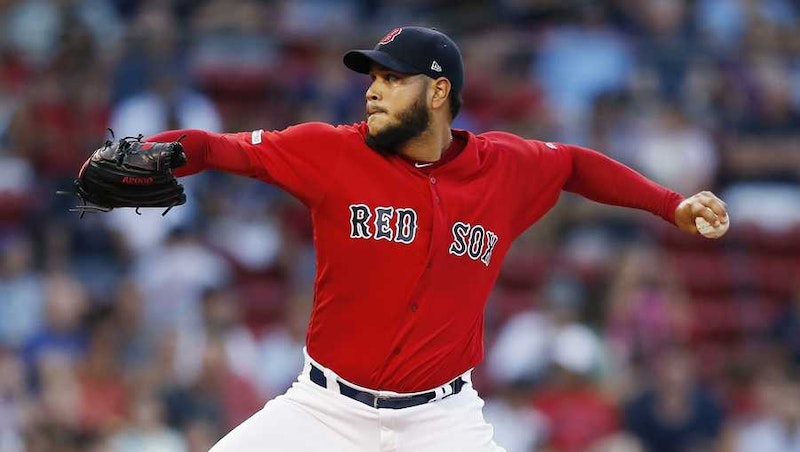 It’s best if Red Sox fans don’t have high hopes for the upcoming season. FanGraphs projects Boston will come in third this season and will finish the regular season at 85-77 in third place behind the New York Yankees (96-66) and Toronto Blue Jays (88-74). Since they’re coming off a season where they went 24-36 and three teams in the American League East—the Yankees, Blue Jays, and Tampa Bay Rays (who made it to the World Series last year)—all had winning records, that’s generous. The Sox should have a better winning percentage than last year, but that’s about it.

Pitching is still a major problem for the Red Sox and despite making a couple of tweaks to the roster, the starting rotation doesn’t give fans a reason to be confident—yet. The return Eduardo Rodriguez is huge. He had a 3.81 ERA in 34 starts in 2019 and 213 strikeouts in 203.1 innings. But Rodriguez, like other pitchers the Red Sox have, is injury prone. Rodriguez, a big leaguer since 2015, has only one season where he made more than 25 regular season starts. He missed all of last season due to coronavirus-related complications, but also has a bad knee. Even if he’s good: how many starts will he make this season?

Injuries are always a problem for Nathan Eovaldi. He was sharp last season (3.72 ERA in nine starts), has just one season where he made at least 30 starts. That came with the Miami Marlins in 2014. He posted a 4.37 ERA in 33 starts and led the National League in hits allowed. The same goes for Garrett Richards, signed this offseason. When was the last time he pitched even 80 innings in a season? The answer is 2015. He was one of the better pitchers in baseball back then (3.65 ERA in 32 starts)—and had a respectable 2020 season (4.03 ERA in 14 outings, including 10 starts for the San Diego Padres)—but how will he handle a 162-game season? Who knows?

Unfortunately, perennial Cy Young Award contender Chris Sale (except for 2019), who underwent Tommy John surgery, missed all of last season, and doesn’t appear ready to rejoin the team until at least mid-season. Plus, pitching prospect Tanner Houck shined in three MLB starts last season, giving up one run in 17 innings of work. He struck out 21 batters and walked five in that span. Maybe he’s what the team needs to stay in games.

The starting lineup looks competent, with some established bats like Rafael Devers, Xander Bogaerts, and JD Martinez. Each of them had more than 30 home runs in 2019. Another guy who hit more than 30 home runs in 2019, however, could be an issue for the team. The Red Sox outfield will look different than it did in 2020, with both Hunter Renfroe and Franchy Cordero in position to take over right and left field, respectively. However, Renfroe was a .156 hitter in 42 games last season and has a lifetime .290 on-base percentage in five MLB seasons. Plus, Cordero is not an established big leaguer. He has 95 games of MLB experience across four seasons and a .304 on-base percentage. Baseball Reference says he's 6-foot-3 and 226 pounds, but we don’t know how that will translate to big league action full-time.

Jarren Duran, a center fielder who’s one of Boston’ top prospects, will likely start the season at the big league alternative site and then Triple-A once that season starts. He was a Futures Game All-Star in 2019 and stole 46 bases in 132 regular season minor league games that year.

The Red Sox have the talent to tease fans that they’ll be competitive, but as of now the expectations are muted.