Shea it Ain’t So

Mets ballpark ruined The Clash, so I still hate it. 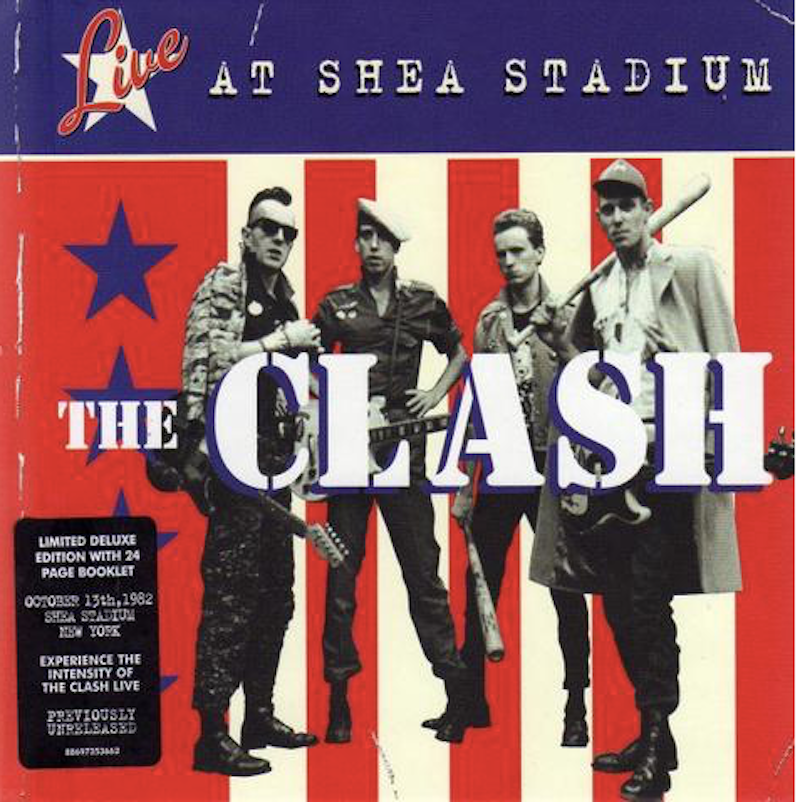 As Spring Training unfolds in kind of a medical flow chart manner, I continue to tolerate chatter from Mets fans about how this might be the year because they got Francisco Lindor from the Tribe and Kevin Pillar from wherever. My hatred of the Mets is a multi-layered onion that’s bulbous at this point, but it really boils down to The Clash being forced to open for The Who at Shea Stadium in 1982. It was October 13, 1982, and the World Series was happening between the beer cities of Milwaukee and St. Louis. The night The Clash were forced to walk into the enormous stadium venue on a rainy night at Willets Point with horrendous acoustics and kind of embarrass themselves in a silly baseball arena, the Cardinals would even the series 1-1 against the Brewers in St. Louis thanks to a Ted Simmons home run and a clutch bases-loaded walk by Steve Braun off Milwaukee hurler Pete Ladd which brought home Joggin’ George Hendrick from third base late in the game.

Who knew The Clash were in such disarray at the time? They’d just sacked drummer Topper Headon for his heroin issues, and Mick Jones and Joe Strummer were going on in the press how they had limited time for a helicopter shot for their “Should I Stay or Should I Go” music video. LaGuardia Airport traffic was just too much to get a nice overhead shot of the group, apparently. Though Strummer overestimated the crowd at 90,000, he did say later, “It was fun to play ‘Career Opportunities’ in a place like that, when six years earlier we’d written it in Camden Town. It is things like that, though, that make the world so interesting.”

Strummer noted that 10,000 of the alleged 90,000 watching them were constantly on the move, “getting burgers or taking a leak, so it’s like you’re playing to loads of people milling around. But fun, all the same.” Keep in mind this is way before Shake Shack descended on the Mets ballpark. An international tour had apparently done them in, and to me, the band looks lost and dejected entering the filthy Queens stadium as documented on video, much like my Pirates who have historically underperformed in that venue as I looked on. I’d already seen The Clash on that tour in August in Akron, Ohio. Kurtis Blow, a hip-hop pioneer from Manhattan, opened up because the English Beat, touring with The Clash, had apparently been waylaid at the Canadian border for weed issues. There was a skate band from Kent, Ohio, called Starvation Army outside the concert venue trying to bum tickets off people. During the Akron show, one of the Starvation Army dudes gave Strummer his skateboard and Joe tried a few moves onstage. I guess they got their tickets, much better seats than mine.

A month later I’d report for my freshman year at college and at least 20 of my new friends on campus had attended the Akron Civic Theatre Clash show. Our khaki “Combat Rock” souvenir t-shirts were a bit of a calling card for the punk rock cabal that thrived on the campus and is still in touch via social media to this day. There was unity in this music, and the fact I’m still in touch with these friends almost 30 years after that Clash tour is bona fide truth. Shea and even the new park has included the agonies of the Brad Clontz wild pitch, the Kevin Polcovich throwing error and the Edgardo Alfonzo home runs. Granted, Pirate soon-to-be Mets legend Bobby Bonilla would hit a monster homer on Opening Day over the scoreboard at Shea. It was my birthday, April 9, 1990 and I was on a dangerously long lunch hour to watch the game on the TV at the Waterfront Ale House on Atlantic Ave. in Brooklyn Heights, the only active pub on that block at the time. I’d just been hired as a reporter at The Brooklyn Paper on Court St., and my tenure coincided with the Bucs early-1990s playoff success under skipper Jim Leyland.

Bonilla’s blast cleared the right field Budweiser scoreboard and my team won 12-3, which was indeed a great birthday present. The bartender didn’t understand my glee when Bonilla’s ball finally landed somewhere around what is now the U.S. Open tennis stadium near the 7 train platform. Long story, kid, I have to get back to the newsroom as the Joey Fama trial was germinating in the neighborhood and odds are he was a Mets fan.

Shea was always a pugilistic venue as far as I was concerned. Mets fans threw mustard on me as I cheered on the visiting Bucs. Fine, I understand “away support” as English soccer fans put it. One year I assembled a gang to go see the Bucs and we took the NY Waterways ferry from lower Manhattan. After several pre-game and pre-boarding beers, we were flying the Jolly Roger off the stern as the ferry passed Rikers Island, preparing to dock in Queens not far from the stadium. By the time we got to our seats above the Bucco bullpen in left field, security guards and several learning-disabled Mets fans had surrounded us, granting us official hooligan status.

A proud moment for me as Pirates pitching coach at the time Ray Miller saluted us and threw us a few baseballs. You know, for the effort. If I recall, the Bucs won that game on the strength of some clutch hitting from Jermaine Allensworth and decent hurling by Jason Schmidt. I believe we took a freelance limo back to lower Manhattan and among my guests was the late novelist Amanda Davis and busker Howard Fishman, both camping in Williamsburg, Brooklyn, who would go on to make some fine-tuned audience specific noise as an Americana artist. There was also a German sommelier on board, and a wacky couple from Park Slope wearing Cap’n Crunch outfits to attend a Pirates game That what was it was like to support your baseball team “on the road.”

I should also thank Two Boots Pizza founder Phil Hartman, who has had excellent front row style season tickets for the Mets for decades. He even had a dish on his menu called Mussels Rico Brogna, which I’ll forever give him points. His softball team was formidable, until I managed an opposing squad from the Alibi Club in Brooklyn that played friendlies against Two Boots and featured six consecutive left-handed batters. It freaked him out, and we won. Hartman always generously offered me his Shea chairs when the Bucs were in town so I could sit next to Jerry Seinfeld and ignore him and remind the Queens retards that we got the best years out of Junior Ortiz.

Watching soccer during the pandemic, it has been interesting to see the home field advantage neutralized by silence, empty seats and creepy acoustics of canyon-like stadiums. Coaches and staff now do the screaming, the players’ dialogues, once so private because of covering crowd noise, are now Harold Pinter-style on field exchanges. I recall those days at Shea in the early-1990s, when the LaGuardia jet rush hour would happen, that it felt like you were in some sort of NASA echo chamber with all sound blanked out by the roar of Delta jets overhead and the perfect circular arc of the upper deck ruining everything. The loge was always more civilized at Shea, I found. The Mets for some reason had a restrictive fan movement policy that meant the angry old guy ushers with orange suspenders and belts would prevent fans from moving down from upper seats into the lower bowl, even in the dying moments of a three-hour game featuring John Franco trying to get a historic save of some kind and take it all back to his angry Staten Island home.

Shea was always to me the LaGuardia of stadiums. Just in the wrong place and slightly horrible. The new joint has nicer sightlines, to be sure, but it’s still in the wrong neighborhood.

So as the Pirates have announced that the best ballpark in baseball on the north shore of the Allegheny River in Pittsburgh will keep its bank name through 2031 or so, we will let Citi Field fester out there in Queens and hope they don’t, say, have Oasis play their final tour. Keep the Brits out of Queens, and we should be okay, I suppose. The Beatles, you say? Two down, two to go, I say. Who am I to look back in anger, after all?