The Fantasy Team at its finest. 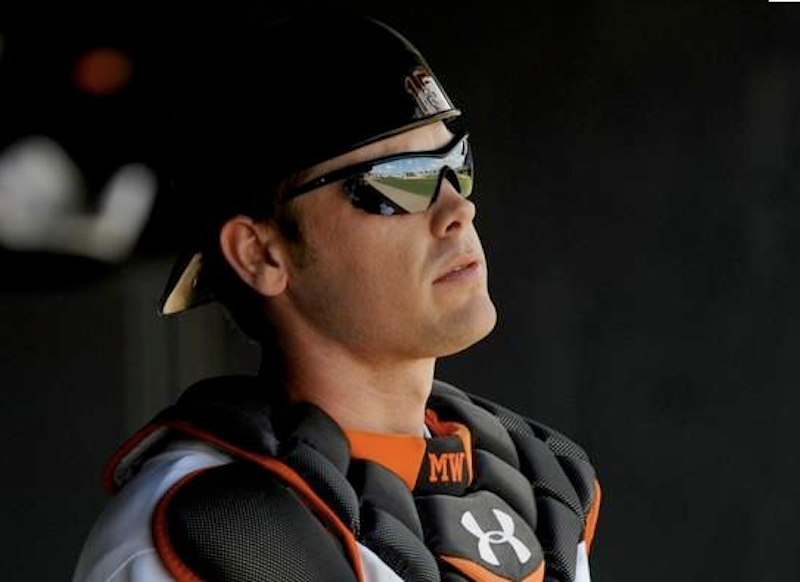 The selection of the MLB All-Star teams creates a mild controversy every season. Deserving players are invariably left off the squads due to roster limitations. There are also players who make the team despite sub-par performance because of name recognition, popularity or simply the market in which they play.

I've never believed that the vote be taken away from fans. The All-Star game serves a dual purpose, to reward deserving players and put baseball's stars on one field for the fans' enjoyment. Is it really hurting anyone if an aging Derek Jeter starts at shortstop for the American League over the more deserving Asdrubal Cabrera? If more people wanted to see Cabrera he'd have more votes. Of course, Jeter isn't on my ballot.

Here’s my All-Star ballot for the Baseball Bloggers Alliance. My team doesn't have jack squat to do with the current vote leaders; it’s simply my opinion about of the most deserving players at each position by league.

Catcher: The Orioles’ Matt Wieters has emerged as the American League's best catcher. He's become a rock behind the plate, a leader for the young staff and shut down opposing running games. He's also made strides offensively. Wieters may never be Joe Mauer with the bat but he sure looks like the second coming of Jason Varitek. Backup: Alex Avila has been a tremendous contributor for the Tigers.

1st Base: Adrian Gonzalez has pounded AL pitching in his first season in Boston and made his hefty new contract look like a bargain. Backups: Konerko, Cabrera, Adam Lind.

2nd Base: Robinson Cano, although it pains me to praise a Yankee. Cano is the AL's best at his position. Backup: The rest of the crop is pretty weak, but Tampa's Mr. Everything Ben Zobrist is probably the most deserving.

Shortstop: Cleveland’s Asdrubal Cabrera has been the League's best two-way shortstop. Backup: Jhonny Peralta has revived his career in Detroit.

3rd Base: A-Rod benefits from Evan Longoria's injury and slump to man the hot corner. Backups: Former teammates Beltre and Youkilis have both had excellent seasons.

Outfield: I'll take Jose Bautista and the resurgent Granderson and Ellsbury to start. Tampa's Matt Joyce has been a pleasant surprise and helped stabilize the Rays' lineup. The Orioles’ Adam Jones has been a consistent offensive producer and a highlight reel in center.

1st Base: With Albert Pujols on the DL I'll go with Prince Fielder. Backups: Joey Votto and Ryan Howard.

2nd Base: Dan Uggla.... just making sure you're paying attention. Rickie Weeks is the obvious choice here. It's taken a few years and he's battled injuries but Weeks has finally emerged as an impact player. Backup: There's no clear-cut choice but I'm going with Danny Espinosa of the Nats. He's only hitting in the .230s but has excellent power and tremendous range at second base. A very impressive rookie campaign.

Shortstop: The Mets’ Jose Reyes is intent on making himself a lot of money this winter and his numbers back it up. Backups: Troy Tulowitzki and Starlin Castro are two of the most exciting young players in the National League. The All-Star game is the perfect place for MLB to market their talents.

3rd Base: It's really slim pickings here with Philly's Placido Polanco as the only real option. Backup: Chipper Jones could get a sentimental nod.

Outfield: Matt Kemp, Ryan Braun and Justin Upton are the obvious choices and figure to be All-Star regulars for years. Cincinnati's Jay Bruce has exploded this season and earned a spot. I'll go with Carlos Gonzalez as my last outfielder, though an argument could be made for Houston’s Hunter Pence or Michael Bourn.

The official ballot doesn't include a spot for pitchers. The pitching selections are often determined by preference of the game’s managers and the availability of starters. I hope that one of the American League's terrific young trio of starters (Zach Britton, Michael Pineda and Jeremy Hellickson) makes the roster. Also, Atlanta’s Jonny Venters, since he's quickly developed into baseball's best reliever.