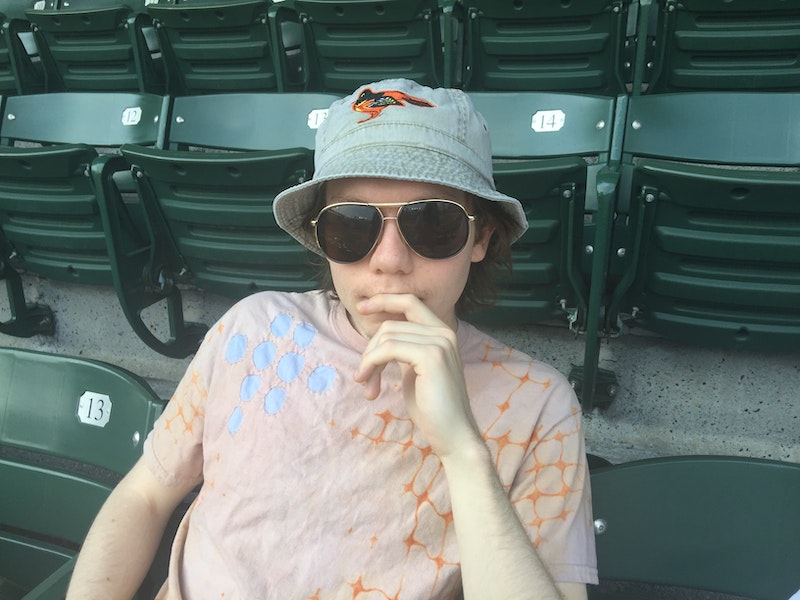 The number of bizarre baseball games I’ve attended since 1962 probably runs to about 50—Roger Clemens’ ‘roid rage directed at Mike Piazza in the 2000 World Series might be tops—but I’ve never experienced anything like last Saturday’s 5-0 Red Sox win over the Orioles at Baltimore’s Camden Yards. The outcome delighted me, as did the rest of the Sox sweep over the lowly O’s (Friday’s 19-12 mess was pretty strange, and occasioned the son of a friend to say, “That’s a year, not a baseball score!), even as I fretted that Boston closer Craig Kimbrel is approaching Fernando Rodney territory. And the fact that the depleted and rebuilding Orioles fielded a team of guys I’d never heard of (Jimmy Yacabonis, Sean Gilmartin, Cedric Mullins, Renato Nunez, Yefrey Ramirez) was odd, but that happens to franchises that haven’t yet won 40 games in mid-August.

This was the weird part: my wife and two sons arrived at the park about 15 minutes before possible MVP Mookie Betts was set to lead off for the Sox, and upon being shown to our seats in Section 250, we found ourselves alone. In fact, as shown in the picture of my son Nicky above, just before the national anthem I looked around and would’ve wagered a sawbuck that no more than 5000 spectators were present. I asked the usher if she expected late arrivals, and she just shrugged and said, “Are you kidding? Who wants to see the Orioles?” I countered that an uncertain weather report must’ve contributed to the nearly-empty stadium, trying to be diplomatic, but she wasn’t buying, saying, “Hon, it could be 75 and sunny and maybe another thousand would show up.” I’d guess that Camden Yards employees in the stands are bitter about this season, since tiny crowds mean fewer tips.

The official attendance number was listed at 18,003, but that includes all the tickets bought months ago that went unused. It was a make-up game from a previous rainout, so that was a factor, and perhaps discouraged the swarm of fans from New England who usually show up at Sox-O’s games because it’s so much cheaper—and to be honest, more comfortable and friendly—than Fenway Park, so throw that in the stew.

Still, when the lineups were announced there was barely a ripple of applause for the Orioles playing, even hometown favorite Adam Jones. Even more disorienting, the tradition here of yelling out, “O’s” during the “Star-Spangled Banner,” was so muted it reminded me of when my kids were learning to read and they’d whisper the words to me, fearing embarrassment at a difficult pronunciation.

And during the seventh inning stretch, when the late John Denver’s cover of “Thank God, I’m a Country Boy” blared (a staple since 1975, and played continuously since ‘94—always to my extreme irritation—there was zero enthusiasm, and it had nothing to with the O’s trailing. (Interestingly, in the audio version fine print announced before the game—no smoking, beware of foul balls, no running on the field, etc.—a new rule prohibiting “hate speech” had been added. I wonder, and hope, that this new sensitivity will mean curtains for Denver’s dopey song. First, how many “country boys” come to watch a game in Baltimore, a city that’s now more similar to Philadelphia than Richmond, and second, might the lyrics now be considered de facto racist?)

The lights were on, as an array of contrasting weather reports predicted heavy rain, the air was fetid, the seats sticky from humidity, and the few vendors working mopped their brows more often than making a sale. That was of no concern to me, as I prefer this kind of hot weather, minus the rain, and didn’t all empathize with my friend Tommy DiVenti who wrote on Monday for Splice Today that this summer’s tropical weather made him feel like “mold and mildew was sprouting from his flesh.” My wife, on the other hand, despises the heat and took refuge in the air-conditioned concourse every other inning or so.

I’m sure it was my imagination, but even the players appeared bored, ready to wrap it up. That’s just the difference between seeing a game live—when it’s hard to judge (at least for me) whether a fly ball is a can of corn or might go into the stands or split the outfield gap for a double—and watching it on HD. And for David Price—not the most popular pitcher in Boston—it was another key start, as he has an opt-out clause after this season that he’d no doubt like to exercise. Price is on a roll: aside from the six shutout innings on Saturday, he pitched well against the Yankees a few weeks back, at least temporarily kicking the can’t-win-in-must-games monkey off his back.

I’m an amiable spectator and like to talk to strangers near me about the game, especially if they’re Sox fans. After two innings, a quartet showed up, three Boston partisans with an O’s fan, and honestly, the hometown attendees are always more friendly than out-of-towners. For example, there was a guy around 30 in front of me (wearing a Chris Sale jersey, which always baffles me for people over 17) who was rattling away with a detailed and knowledgeable description of a recent Sox game at Fenway, but when I asked him who he thought manager Alex Cora would bring out to relieve Price, he grunted that he had no idea. Anyone who can explain the dimensions of Fenway’s outfield, and the difficulty outfielders have playing there, obviously knew who was in and out of favor in Boston’s bullpen. He probably thought I was a pest—even though I made my query when the group’s conversation was lulled—and maybe that’s so. Didn’t used to be that way: one of the joys of going to any ballpark was chatting with people you’d probably never see again.