A star was born on Saturday, but the chair umpire and her opponent rained on the parade. 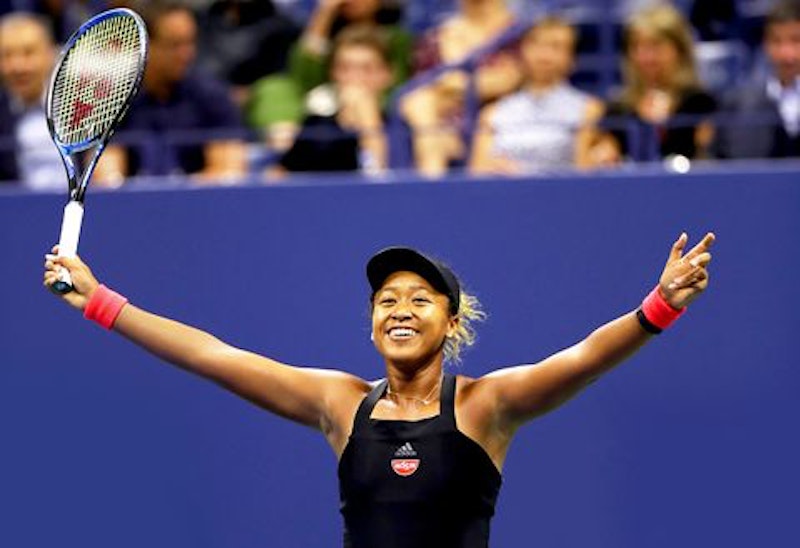 There was plenty of buzz preceding Saturday’s women’s finals at the U.S. Open which pitted tennis legend Serena Williams against rising star Naomi Osaka, with many pundits remarking on the match’s potential to make history. None of them anticipated what kind of history.

Japanese-American Osaka played like she’d been there before, betraying no signs of the nerves that could be expected from a 20-year-old player making her first Grand Slam final appearance. On the contrary, it was Serena—in her 31st appearance—who showed signs of stress in the early going with double faults and unforced errors. Her body language signalled anxiety.

Serena dropped the first set to Osaka, who was beating her at her own power game. Osaka had gone toe-to-toe with the champion, committing few unforced errors while winning rallies with clean winners and continuing to hold her serve as she had the entire tournament.

Serena raised her game in the second set, and Osaka’s nearly flawless play dropped a notch or two. It looked like the winner of 23 major titles might be putting together another one of her comebacks, but it all started to fall apart when the chair umpire, Carlos Ramos, called a code violation on Williams for receiving coaching during the match, which isn’t allowed. Patrick Mouratoglou was sitting in the stands and making “pushing” motions with his hands, as if to say “go to the net.” For some reason, Serena somehow felt Ramos was accusing her of cheating, which he wasn’t. That call is based only on the actions of the coach—what a player does has no bearing on it and Serena should know that.

Shortly thereafter, Williams lost a game point and obliterated her racquet in frustration, which earned her a second code violation, meaning she’d begin the next game already down 0-15. When she realized this, she acted confused. It appeared Serena didn’t know that she’d already received a code violation for the coaching infraction and was expecting just a warning for racquet abuse. One of the ESPN announcers calling the game, a former player herself, said that the acoustics during some matches are such that it’s easy for a player not to hear a code violation being called. If that was the case, then it was just another thing gone wrong on an ill-fated day.

Williams had to be careful about what she said to Ramos, but instead continued her tirade against him, demanding that he apologize and calling him a “thief” for taking the point from her. This got her a shocking one-game penalty for her third code violation, meaning that instead of serving at 3-4, she was serving at 3-5. Enraged and brought to tears, Williams told Ramos that men commonly get away with saying much worse things.

Serena lost the second set 6-4, and Osaka was the 2018 U.S. Open champion. Unfortunately, the oncourt drama interfered with her enjoyment of a huge, well-deserved victory. As Osaka stood next to Serena awaiting the awards ceremony, she looked almost apologetic. The crowd booed when the announcer addressed the audience, making things even worse for her. It was a disturbing moment.

To her credit, Serena told the crowd to stop the booing and gave credit to her opponent, but things couldn’t be salvaged at that point. The travesty that played out on Arthur Ashe Stadium, unlike almost all of the media’s reporting it, was complex—there’s blame on two sides, with Osaka getting squeezed in the middle. Ramos penalizing her for a gesture her coach made was questionable, as things like that happen routinely on the tour. But Serena taking it as a personal affront and demanding an apology from the umpire—something I’ve never seen a player do—was a serious, baffling mistake by a veteran player. Mistakenly feeling her integrity was being impugned, Williams became too emotional to maintain her composure and shrug off what was merely a warning.

Carlos Ramos should’ve let Serena get away with calling him a thief, considering what was at stake. He could’ve told her she needed to stop such language to avoid another code violation, but he didn’t. A one-game penalty at that point in the match was effectively a match ender for Serena, who received a lot of sympathy for saying that men could get away calling the umpire a thief, but men with two code violations also have to watch their tongues.

This may be the saddest major sporting contest I’ve ever witnessed. Naomi Osaka looked like she was ready to cry as she awaited her trophy on what should’ve been the happiest day of her life, and I don’t mean tears of joy. I should be writing about how a great young player with a scintillating power game announced herself as a new force in women's tennis on Saturday. Instead, the story’s about an angry chair umpire with an itchy trigger finger and an opponent who was confused about what was happening to her and unable to control her emotions. At least she didn’t tell Ramos, like she did to a lineswoman before being kicked out of the 2009 U.S.Open, “If I could, I would take this fucking ball and shove it down your fucking throat.”

This match will go down in history, but mostly as a stain on the game of tennis. I think it may also mark the beginning of the end for a great player who came up against someone who reminded her of herself at the age of 20 and found that, at 36, she was no longer able to get the job done. That harsh realization may have been at least partially responsible for all the tears and theatrics. As for Naomi Osaka, the only thing that can stop her from reaching number one is what’s inside her head, and her head seems pretty clear right now.