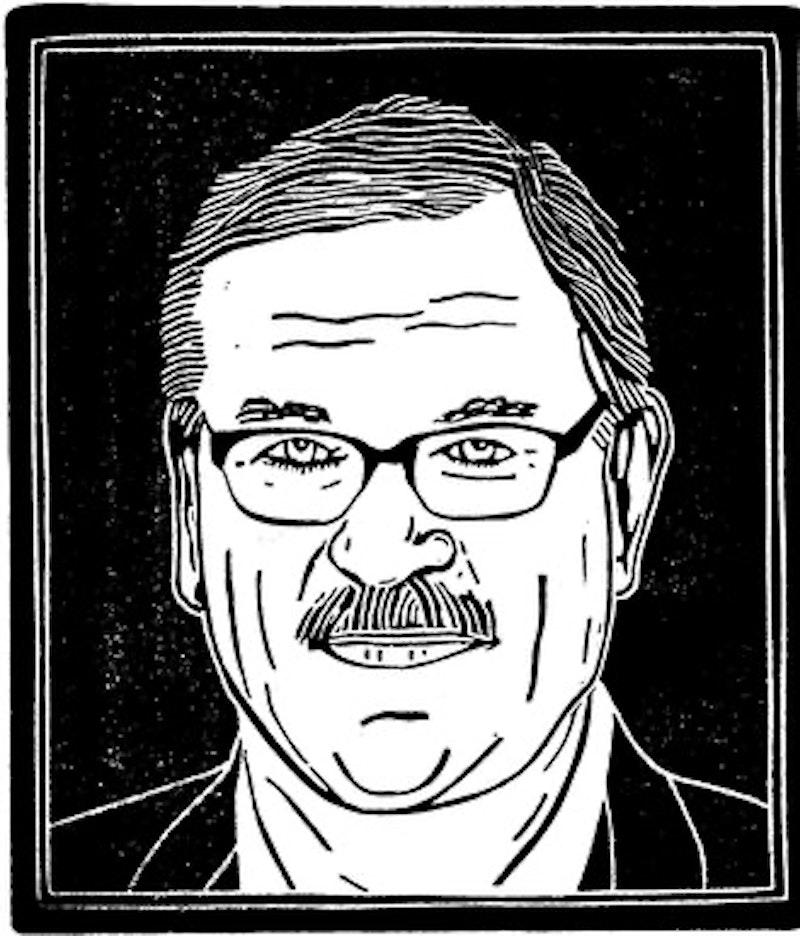 The year was 1982 and Phil Jackson was out of work. He'd retired from the NBA after a 12-year basketball career and had no post-athletic job prospects. He took a junior college aptitude test and was told he was best suited for a career as a teacher or a minister. He and his wife June opened a sports fitness club in Flathead Lake, Montana. Jackson pondered enrolling in law school or obtaining a degree in psychology.

Out of the blue, a call came from the owner of the Albany Patroons, a minor league team from the Continental Basketball Association. Would Phil like to coach the team? Jackson agreed. From these humble origins a legendary coaching career began.

Jackson was born in 1945 in Deer Lodge, Montana. His parents were both Pentecostal ministers. Growing up, he assumed he’d be a minister as well. His mom's daily message was, "Listen to no one but Christ." They preached that Armageddon was at hand and they encouraged the practice of speaking in tongues. Jackson earnestly attempted to speak in tongues but nothing came. A preacher friend of the family suggested that Jackson undergo a childhood exorcism. Jackson's father refused.

His home environment was austere. Dancing and television were prohibited and the only reading allowed was the Bible, the Encyclopedia and Reader's Digest. He didn’t see his first movie until high school. Jackson had a curious mind and a craving for knowledge. He excelled in sports, starring on his high school basketball team. With his gangly arms and sharp elbows, he developed a reputation as a ferocious rebounder and a scrappy defensive player.

Jackson attended the University of North Dakota where he played basketball for future NBA coach Bill Fitch. His college teams did well, coming in third and fourth place in the 1965 and 1966 NCAA Division II Tournaments. Both years his team lost to Southern Illinois and their star Walt Frazier (who would later play with Jackson on the New York Knicks).

During college, Jackson studied philosophy, psychology and religion. He read the writings of Ouspensky, Gurdjieff and the Sufi mystic Vilayat Inayat Khan. He began exploring faiths beyond his own, reading William James' The Varieties of Religious Experience. His first exposure to meditation came in a college class on eastern religion. He also started drinking beer and dating girls, something he'd not done in high school.

After college, Jackson married his girlfriend Maxine and they had a daughter, Elizabeth. He considered joining the ministry but was drafted in the second round by the New York Knicks. He felt pro basketball was something he could play for awhile before going on with his "normal life." He was a limited offensive player but his intelligence and hustle earned the respect of Knicks coach Red Holzman. Holzman said of Jackson, "He may play lousy at times but he won't ever play scared."

Living in a big city was foreign and Jackson felt out of place on a Knicks team that was packed with stars like Walt Frazier, Willis Reed, Bill Bradley and Dick Barnett. In his first two years, he struggled. He earned a reputation as a dirty player and was often sent into games to disrupt the opposing team with elbows, knees and physicality.

In the 1968-69 season Jackson injured his leg. He began drinking, smoking pot and taking psychedelic drugs to numb the pain. He struggled to move efficiently on the court. Fans booed him. He posted two angry fan letters on his locker: 1.) "You're the worst player ever." 2.) "Last year I hoped you'd get hurt and sprain your ankle. This year I hope you die."

Jackson had his first surgery after the 1969 season. A piece of his hipbone was grafted against his lower vertebrae. After the surgery, his body was permanently injured. His marriage was in shambles as well. (He would divorce Maxine in 1972.) He watched from the bench as the Knicks won the 1970 NBA championship.

Jackson's injuries derailed a more promising playing career. But they began his coaching apprenticeship. Holzman had Jackson break down opponent tendencies and questioned Jackson about strategy and substitution patterns. The Knicks ran an early version of the triangle offense emphasizing constant movement and a strong-side focus on guards. Every player on the Knicks knew his role. After the Knicks traded Walt Bellamy and Howard Komives to the Detroit Pistons for Dave DeBusschere, Jackson learned an important lesson. "The Knicks had to become less talented to become a better team."

Jackson returned to the court in 1971 and recommitted himself to basketball. He became a sparkplug off the bench and his constant hustle made him a fan favorite. He was a key reserve on the Knicks team that won the 1973 Championship. He celebrated in Los Angeles by dropping acid with a young woman and spending the next day "tripping on the beach.” He later wrote that the experience gave him a sense of "the awe of God."

Jackson’s favorite book was Robert Pirsig's Zen and the Art of Motorcycle Maintenance and his favorite off-season activity was taking cross-country road trips on his prized BMW motorcycle. On a 1971 road trip, Jackson camped in Flathead Lake, Montana. He fell in love with the area, bought land and built a house. The spot would serve as his spiritual retreat.

Though his grandfather had taught him that Native Americans "were shiftless drunks and weren't to be trusted," Jackson empathized with the plight of Native Americans. He cherished the teachings of Lakota Sioux medicine man Black Elk and he gravitated to customs like smoking tobacco in peace pipes and attending sweat lodges to purify his soul. In 1973, Jackson began giving off-season clinics for Native Americans in Montana.

That same year he met June Perry. The two were married and would spend the next 30 years together. Jackson bought a loft in New York's Chelsea neighborhood from an ex-drug dealer named Hakim who'd recently turned to Islam. Hakim advised Jackson to stop smoking pot. "You can refine things by fire but nothing is refined by smoke. Marijuana only clouds your head."

Jackson's NBA career lasted 13 years. After retiring as a player, he turned to Buddhism and Zen meditation as a way to calm his restlessness and anxiety. Unsure of his next career move, he embraced the Buddhist concept "If you have a clear mind and an open heart, you won't have to search for direction. Direction will come to you." The 1982 phone call from the owner of the Albany Patroons provided this direction.

In the Continental Basketball Association, Jackson coached in arenas that had no heat, roofs that leaked water onto the court and crowds that numbered in the hundreds. The Patroons played games in the decrepit Albany Armory, a building designed by Isaac Perry, who'd also designed the New York State Inebriate Asylum. Public bathrooms were located next to the team's locker room so fans using the bathroom could see players showering.

The team played in towns like Oshkosh, Casper and Rapid City. Jackson drove the team bus, a crossword puzzle poised atop the steering wheel as he navigated snowstorms and dirt roads. As coach, Jackson developed a player-friendly style emphasizing ball movement, motion and strong defense. His mantra was "Keep it simple." He believed in allowing players to make their own decisions on the court. He didn't over-coach, abiding by the Taoist message that "The Master does nothing yet he leaves nothing undone."

His most problematic player was Frankie "Jumpshot" Sanders. Sanders was a prolific scorer with an attitude. He refused to run Jackson’s offense and challenged his leadership. Jackson simply sat him on the bench. After several games, Jackson finally walked to the end of the bench and asked, "Are you ready to play?" Sanders said yes and then came in and scored like crazy. Years later, Jackson used the same technique with Dennis Rodman on the Chicago Bulls.

During Patroon practices, Jackson ended each session with a meditation and prayer circle inspired by a passage from the book Black Elk Speaks. "The sacred hoop of my people was one of many hoops that made one circle." The concept of the circle became a theme of Jackson's coaching method. The circle unites the group, is fluid, begins and ends at the same point and is the shape of the basketball and the hoop itself.

As Patroons coach, Jackson began his practice of giving books to his players to read. Each book was inspired by the player's unique personality. Patroon player Rudy Macklin said, "He made a point of trying to know what was going on inside of us, psychologically." Jackson continued this practice as an NBA coach. He gave Michael Jordan Song of Solomon by Toni Morrison, Shaquille O'Neal got Siddhartha by Herman Hesse and to Kobe Bryant he gave The Art of War by Sun Tzu.

Though his methods were unorthodox, Jackson quickly achieved coaching success. After a slow start, the Albany Patroons came together and won the 1984 CBA Championship. Jackson went on to coach in the Puerto Rican league where fans tossed fruit, batteries and dead chickens on the court. His inability to speak Spanish taught him to rely on silence and body language.

Jackson sought a job in the NBA. Invariably he was turned down. His counterculture reputation scared away potential employers. In 1987, he was given a chance. Jerry Krause, general manager of the Chicago Bulls, hired Jackson as an assistant under head coach Doug Collins. Jackson befriended fellow Bulls assistant Tex Winter, who taught Jackson his vaunted Triangle Offense. When Collins was fired in 1989, Jackson was promoted to head coach.

Jackson became the most successful coach in NBA history, winning 11 rings. His list of all-star players included Michael Jordan, Scottie Pippen, Kobe Bryant and Shaquille O'Neal. None won a championship until Jackson was his coach. Jackson retired from coaching in 2011 due to health reasons and sought a position as NBA team executive. Though he was engaged to Jeannie Buss, part-owner of the Lakers, the Lakers let him slip away. This past year, he was hired as President of the New York Knicks. Like the concept of the circle, Jackson returned to where his NBA career began. The Knicks are hoping his presence will result in their first championship since 1973.