Expect Chicago to have a productive off-season. 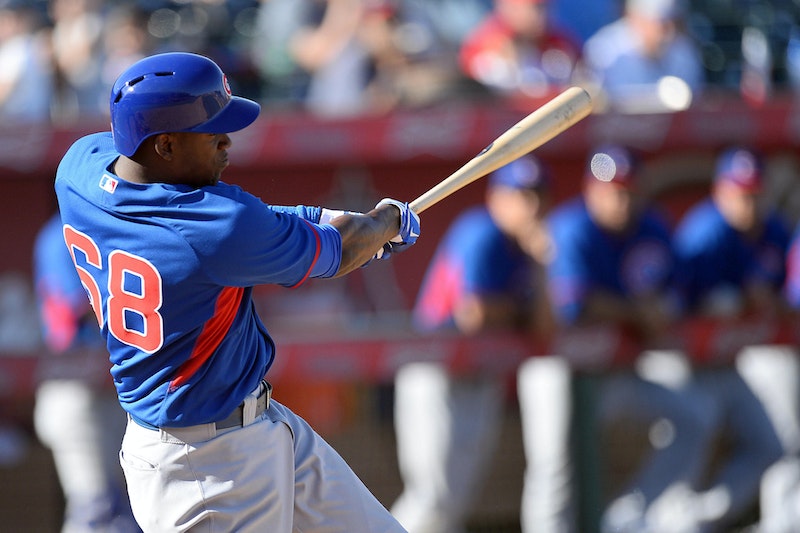 The Chicago Cubs will be connected to countless trade and free agent rumors between now and Spring Training. Theo Epstein's front office has built an impressive core of young talent and has money and prospects to burn. The Cubs could go all in on free agent pitching this off-season, or next, thanks in large part to the team-friendly contracts that several young offensive cornerstones have already inked.

Chicago locked shortstop Starlin Castro into a seven-year deal in the summer of 2012. Castro posted a lackluster 2013 season but rebounded to make a third All Star appearance and post a .777 OPS this season before an ankle injury prematurely ended his season in early September. Castro's deal could pay him as much as $80 million and keep in a Chicago uniform until 2020. The Castro contract was followed up last May by a long-term deal for Anthony Rizzo. The slugging first sacker's seven-year/$41 million deal looked like a bargain from the outset. Rizzo's 31-homer and .894 OPS performance at the age of 24 surely has the Cubs' front office feeling ecstatic about their investment.

The Cubs began unveiling potential future cornerstones around the All Star break when Arismendy Alcantara broke into the big leagues. Alcantara was soon joined at Wrigley Field by former first round pick Javier Baez. And then the team unveiled Cuban import Jorge Soler. The 22-year-old right fielder was signed to a nine-year/$30 million contract in May of 2012. Soler battled hamstring troubles for much of the past two seasons before exploding at Double-A Tennessee in June. After posting a staggering 1.355 OPS in 22 games for Tennessee, Soler was promoted to Triple-A. He was nearly as impressive for the Iowa Cubs slamming 18 extra base hits and knocking in 29 runs in just 32 games.

Chicago's quick returns on Soler, and the rapid rise to stardom for Dodgers' All Star Yasiel Puig, has caused the price of Cuban talent to skyrocket. The White Sox spent more than $60 million last offseason to bring first baseman, and certain American League Rookie of the Year, Jose Abreu to the states. Abreu was an established slugger in his native land before his defection. Bidding teams had a pretty good sense that at worst Abreu would hit for power in the big leagues. The Red Sox’s recent signing of outfielder Rusney Castillo was a much riskier investment. The smaller Castillo (5'9", 170 lbs.) was a good, not great, player in Cuba's Serie Nacionale, but that didn't stop Boston from guaranteeing the outfielder more than $70 million over the next seven years. The next big thing from Cuba seems to right around the corner. Yasmani Tomas, a 23-year-old slugger more in the Soler mold (6'4", 240 lbs.), is expected to sign with a Major League team in the coming days. The price for Tomas could exceed $100 million.

The rising costs of dynamic Cuban talents coupled with the general lack of impact hitters making it to free agency makes Chicago's long-term investments in Rizzo, Castro, and Soler incredible assets. The rise of Alcantara and Baez, and the looming arrival of top prospect Kris Bryant next season, could give the Cubs team control over a menagerie of sluggers past the 2020 season. While Cubs' fans dream of Jon Lester, James Shields, and Yasmani Tomas this winter they can thank the foresight of the club's front office for the financial flexibility to make such pursuits realistic endeavors.