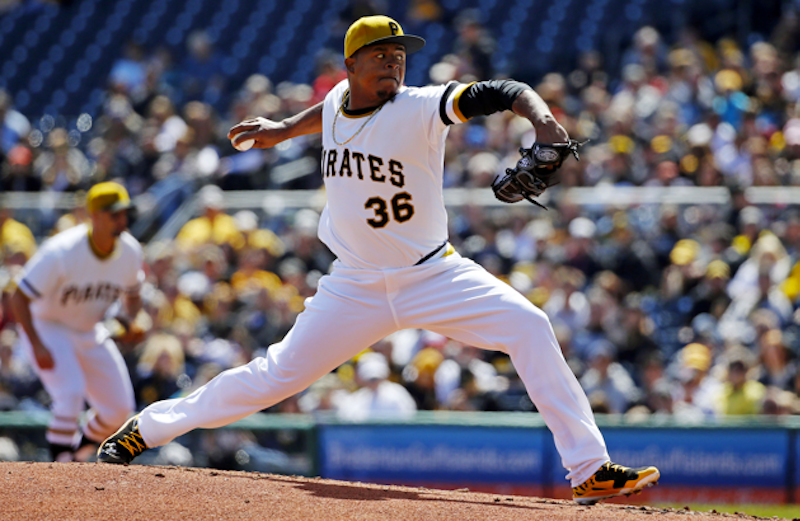 As the MLB playoffs begin today, October stalwarts like the Giants, Cardinals and Tigers will attempt to make another postseason run while the Orioles, Pirates, and Royals look to end their decades-long World Series droughts. Stars like Clayton Kershaw, Mike Trout, Adam Wainwright, and Miguel Cabrera are set to shine but in a shortened season of limited opportunities their lesser-known counterparts are just as likely to deliver a clutch hit or rally-killing strikeout.

The Dodgers enter October with baseball's largest payroll and greatest expectations. They're the Yankees without the entitled fan base. Kershaw is clearly the best player on the Dodgers' roster, and arguably the best player in baseball. He's joined by a powerful lineup featuring Yasiel Puig, Adrian Gonzalez, Matt Kemp, and Hanley Ramirez. The Dodgers have thrown cash at problems since the current Magic Johnson-led ownership group took control but their best return on investment may have come from utility man Justin Turner. The 29-year-old Turner signed with L.A. last winter for $1 million after several pedestrian seasons with the Mets. Turner posted by far the best season of his career in 2014 with the Dodgers. Not only has Turner provided manager Don Mattingly with versatility, playing all four infield positions, but he's also been incredibly productive. Turner's .340 batting average led the team and his .897 OPS is second only to fellow reserve Scott Van Slyke.

When Andy Dirks suffered a season-ending knee injury in Spring Training the Detroit Tigers found themselves short one outfielder. After a blistering start for Triple-A Toledo (10 home runs in 17 games), the Tigers recalled former Astros' castoff J.D. Martinez. Martinez, 27, responded with the best season of his four-year career setting career highs in all major offensive categories except for walks. Martinez posted a .912 OPS and slammed 23 home runs on his way to stabilizing the Detroit lineup and outfield. And, Martinez is under team control for the next three seasons. While opposing pitchers focus on Ian Kinsler, Cabrera, and Victor Martinez it could be an Astros' reject that delivers the crushing blow.

When the Pittsburgh Pirates lost A.J. Burnett to the Phillies in free agency they drew legitimate criticism for replacing the departed starter with Edinson Volquez. After posting a 5.71 ERA in 33 games for the Padres and Dodgers last season, and leading the National League in earned runs allowed, Volquez didn't engender a great deal of confidence in Pittsburgh. The right-hander responded by posting arguably the best season of his 10-year Major League career. Volquez, who went 13-7 with a 3.04 ERA for the season, was dominant down the stretch for Pittsburgh allowing just four earned runs in five September starts. He’ll take the mound on Wednesday night with the Pirates’ season on the line and, given his recent performances, the ballclub is in great hands.

The Baltimore Orioles have overcome injuries and adversity to reach the postseason for the second time in three seasons. The disappointing seasons of Chris Davis and Ubaldo Jimenez have been overshadowed by the surprise performances of Steve Pearce and Zach Britton. When Dan Duquette traded a pair of minor leaguers to the White Sox in late August for Alejandro De Aza he finally gave Buck Showalter another lefty swinging outfield bat. De Aza posted a .663 OPS and just 29 extra base hits in 122 games for the White Sox. De Aza caught fire after the trade to Baltimore. In 82 at bats with the Birds, De Aza slashed 11 extra base hits and posted a .877 OPS. As the Tigers run right-handers Max Scherzer, Justin Verlander, and Rick Porcello at the Orioles righty sluggers don't be surprised if De Aza delivers a few big hits.