Although he’s a lock to throw out the first ball at the World Series. 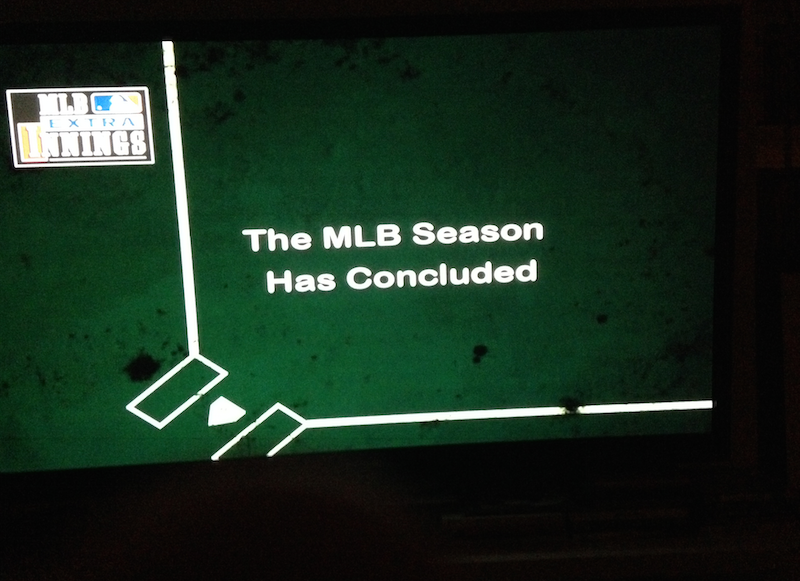 By the end of the week, just remnants of Derek Jeter’s coronation as The Greatest Living Mortal will be scattered about, and non-Yankees partisans will exhale. As a Red Sox fan, I was slightly nauseated at the display of weird ceremonial huzzahs given Jeter at Fenway Park during the final three games of the regular season—meaningless contests for both teams—but watch I did, if only to see Mookie Betts and Rusney Castillo one last time before 2015. Granted, Fenway was packed with Yanks fans, who undoubtedly bought tickets a long time ago, assuming it was a twofer, Captain Intangibles’ last pre-October performance, and a game that would have implications for the post-season. But the Red Sox brass really went overboard—as did Jeter, who said he had too much respect for Boston not to play at least a few innings instead of bowing out at Yankee Stadium—summoning Yaz and Bobby Orr for the gala, as well as hugs from all the Sox players, David Ortiz just the most prominent cheerleader, to validate RE2PECT.

This isn’t a case of sour grapes: Jeter’s 20-season run in the Majors was spectacular, and in his prime I dreaded seeing him come to the plate against the Sox. And what’s not to admire about a player who remains with a single team for his entire career—New York’s largesse notwithstanding—when most of Jeter’s contemporaries migrate to the highest bidder? I remember Jeter’s “flip” against the A’s in the 2001 ALDS and my jaw dropped; likewise with his diving into the Fenway stands in ’04 to grab a foul ball. That probably sealed disgruntled Nomar Garciaparra’s fate with the Sox. I wish Jeter wasn’t retiring: a sub-par shortstop in the Bronx for another year would suit me fine.

It could be that I lived in Manhattan during the heyday of the Yanks’ “Core Four” skein, and attended so many frustrating Sox games at the Stadium back in the pre-security days when drunken hoodlums would threaten you for the crime of wearing a Red Sox cap. (For the record, fans at Fenway were just as obnoxious.) All those “Canyon of Heroes” parades that clogged traffic in the late-90s were unbearable: probably worse, if you can imagine, than watching Michael Kay on YES spout Yankees propaganda that was scripted by George Steinbrenner’s minions. I disliked other Yankees more than Jeter—Jorge Posada, for one, and Andy Pettitte, if only for his hypocritical faux-retirements for “family reasons” that popped up every year in the first decade of this century—but the constant rat-a-tat-tat of sportswriter bleating that Jeter played the game “the right way” was suffocating.

An eye-popping story appeared in The Boston Globe on Monday—no byline given, instead the hokey “The City of Boston” was the substitution—that was borderline disgusting. Can’t blame this one on Jeter, though.

An excerpt: “You gave Boston another legacy to follow, although you had no idea at the time. Following the attacks on 9-11, you and your Yankees, with help from others, played a pivotal role in helping New York and the nation begin its civic healing process. When the games resumed, Yankee Stadium became a place of mourning, healing and, for a few hours each night throughout the rest of that September and into the early moments of Nov. 1, a place of celebration. ‘Aura’ and ‘Destiny’ were appearing nightly.”

I just about passed out reading that gooey and wildly inaccurate paragraph. Yes, the Yanks were on fire in winning the middle three games at home over the eventual Series winners, the Diamondbacks, but the idea that mere baseball games had anything to do with “healing” a devastated, stunned city belittles the actual reality of 9/11. Jeter and the Yankees couldn’t raise anyone from the dead, couldn’t comfort bereaved families, and couldn’t re-build the Twin Towers.

More disturbing to me, if only because I admire and like the man, was Wall Street Journal columnist Dan Henninger’s column of Sept. 25, headlined “Where Have You gone, Derek Jeter?” playing off Paul Simon’s legendary line from the hit song “Mrs. Robinson” in 1967. Simon, a rabid Yanks fan (although not as public as Rudy Giuliani or Spike Lee), wrote, “Where have you gone, Joe DiMaggio? Our nation turns its lonely eyes to you… Joltin’ Joe has left and gone away.” DiMaggio, famously, when meeting Simon in ’99, was perplexed, saying, “I haven’t gone anywhere!” Henninger puts Jeter in the same category as DiMaggio (apparently a quite unpleasant man off the field), and wonders if Jeter is “the norm, or whether American culture has ratcheted down to something less admirable.” Well, yes, I think today’s culture is more debased, but as Henninger and I are about the same age, we have our own, probably nostalgia-tinged, notions.

Henninger continued: “Derek Jeter knew to keep his head down. He dated beautiful women but didn’t marry Sheryl Crow. He didn’t open a celebrity magnet called 'Derek Jeter’s Restaurant'… Derek Jeter made himself a smaller-than-life superstar. That is, he stayed real.”

One assumes Dan’s a Yankee’s fan, but really. It’s true that Jeter’s never been arrested, and certainly wasn’t, in public, the narcissistic and needy fool named Alex Rodriguez, but is constructing the most expensive home in Tampa keeping it “real”? Or what about the Jeter gift bags of autographed swag the Yankees shortstop allegedly gave each one of his one-night stands? Class. And Jeter, unlike many Hispanic players, has not gone the philanthropic route, giving large amounts of money to charities. Contrast that to former teammate Mariano Rivera, who had his own retirement tour last year, who’s funded the building of schools and churches in his native Panama, as well as the United States.

I’ll be bummed when Ortiz leaves the game, or later, Dustin Pedroia, but please give me a hard kick in the gut if I slobber like all the Jeter acolytes.