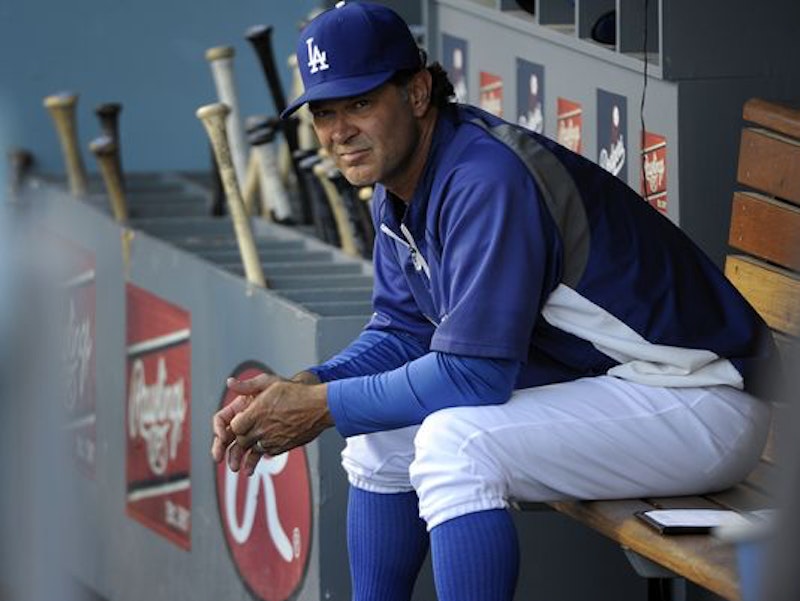 It took about two days of the MLB Postseason for me to remember that October is the month in which I sleep the least. The start of fall is greeted with many bleary-eyed mornings thanks to late start times, extra innings, and the new Orioles' post-game euphoria. After eight days of exhilarating baseball highlighted by late game heroics and managerial blunders, Wednesday's off day left me with a full-on baseball hangover. A physician might suggest that I'm in the beginning stages of a sinus infection that may ultimately be the medical, though much less romantic, diagnosis.

The crushing headache set in around noon on Wednesday. Around dinnertime it had morphed into a weird headache/hangover hybrid that left me feeling foggy and irritable. By 8:15, I had put the kids to bed and went to sleep, much to my wife's dismay. A day without playoff baseball was unwelcome, though apparently necessary. While Don Mattingly, Matt Williams, Mike Trout, Brad Ausmus and Bryce Harper battle a playoff hangover that will last into February, I have the good fortune of getting right back on the horse for the Orioles/Royals ALCS opener on Friday.

Detroit's Ausmus took a lot of heat for his team's swift ALDS exit, as he was out-managed by Baltimore's Buck Showalter. Sure, the Tigers' rookie skipper made the mistake of going right back to Joba Chamberlain and Joakim Soria in Game Two after they started a dumpster fire in the eight inning of Game One but he had little choice. Closer Joe Nathan had performed worse than either Chamberlain or Soria in 2014 and Anibel Sanchez, who had pitched the previous two innings, had logged just a single inning in the previous month due to injury. A top-heavy roster weighted down Ausmus. The Tigers have the American League's most star-studded squad but the bench and bullpen were so lacking that Ausmus twice turned to rookie Hernan Perez to pinch hit in the ninth innings of Games Two and Three against Orioles closer Zach Britton. Perez had just five at bats for Detroit this season and probably shouldn't have made the postseason roster. Ausmus will take the heat but the Tigers' lack of depth is the front office’s fault.

Don Mattingly and Matt Williams also took a lot of criticism for their playoff decisions. The Dodgers and Nationals entered the postseason as heavy favorites in the National League and exited the playoffs just four games later. Williams' yank of Jordan Zimmerman with two outs in the ninth inning of Game One was like seeing a car wreck in slow motion. It was a bad idea the moment Williams walked out of the dugout. Zimmerman was over 100 pitches but he's the Nats' ace and had all the momentum of the fervent home crowd behind him. Bringing in Drew Storen, whose last playoff appearance featured an epic meltdown against the Cardinals, instantly lifted the Giants' faint comeback hopes. The Nats had plenty of other chances to win that 18-inning marathon but Williams surely will be kicking himself all winter for making such an obviously dumb decision.

Mattingly should be taking more heat for the Dodgers' October failings. The Dodgers' bullpen performed nearly as badly as the Tigers' and GM Ned Colletti is on the hot seat for constructing a top-heavy roster and neglecting the bullpen. I think that if Ausmus had two relievers as reliable as Brandon League and Kenley Jansen there's a good chance Detroit would still be playing. Mattingly left Clayton Kershaw in too long for Game One, and when he finally did pull the NL's reigning Cy Young winner he turned the ball over to rookie Pedro Baez, who promptly served up the lead on a monster long ball from Matt Holliday. During the four games against St. Louis in which the Los Angeles bullpen was repeatedly battered Mattingly used his two best relievers, League and Jansen, for a total of four innings. League appeared in three games but never pitched more than a third of inning, usually after the damage had been done. Jansen, one of baseball's most dynamic bullpen arms, faced a total of three batters in the series. That's criminal neglect. While Mattingly was rightly criticized for benching his best player, Yasiel Puig, for Game Four, he willfully ignored his best reliever choosing to manage to the save rule instead of proactively deploying Jansen as a weapon. Where Buck Showalter altered his bullpen strategy and twice used his best reliever, Andrew Miller, to get five outs, Mattingly never adjusted from his rigid regular season script.