Orioles Piecing Together a Roster 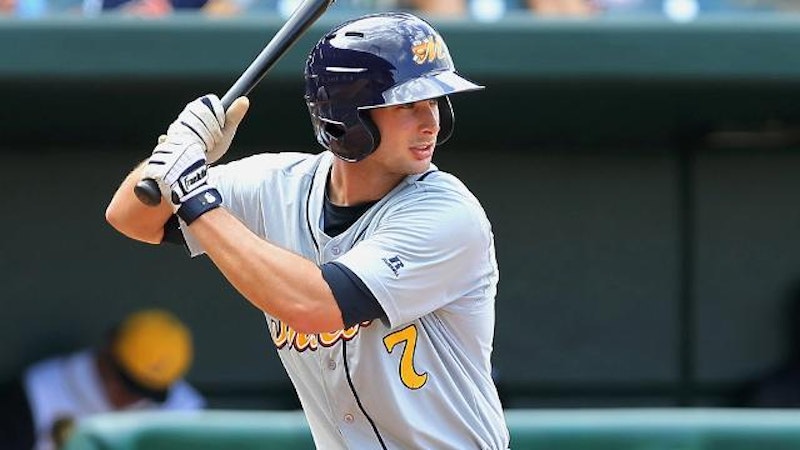 It’s often said that luck resides at the intersection of hard work and opportunity. If that’s the case then new Baltimore Orioles outfielder Joey Rickard may be the luckiest man in baseball. The O’s selected Rickard in Thursday’s Rule 5 draft at the MLB Winter Meetings. Rickard had been left off the Tampa Bay Rays’ 40-man roster despite an impressive 2015 campaign. Baltimore’s made a habit of activity in the Rule 5 draft since the hiring of Dan Duquette. Rickard will now follow fellow Rule Five Orioles Ryan Flaherty, T.J. McFarland and Jason Garcia to Sarasota for Spring Training.

Rickard’s hard work following a disappointing and injury-shortened 2014 season has yielded an opportunity in Baltimore. The Orioles are short on corner outfielders, team speed and players with top end on-base skills. Rickard will have a chance to prove that his talents fill all three of those needs.

After posting a .634 OPS for the Double-A Montgomery Biscuits in 2014, and missing half the season to injury, Rickard rebounded last season to take the Southern League by storm. The 24-year-old posted career highs in on base percentage (.420) and slugging percentage (.479) before earning a promotion to Triple-A. Rickard continued to rake in 29 games for the Durham Bulls. He finished the 2015 season with 28 doubles, 23 steals and a slash line of .321/.427/.447 in 117 games.

Baltimore’s need in the outfield and history of retaining Rule Five selections bodes well for Rickard. The Orioles’ 2016 outfield is still a work in progress. The team was focused on re-signing slugger Chris Davis (apparently a dead deal), and has put flanking Adam Jones with legitimate major league talent on the backburner. At worst Rickard figures to possess the skills needed to fill the defensive replacement/pinch runner role vacated by the departure of David Lough. A strong spring showing could result in Rickard passing the likes of Nolan Reimold, Dariel Alvarez and Junior Lake on the O’s depth chart.

The status of Dylan Bundy could affect Baltimore’s ability to retain Rickard. The oft-injured Bundy is out of minor league options and must be kept on Baltimore’s 25-man roster for the entire 2016 season or be passed through waivers. The Orioles covet roster flexibility and keeping Bundy and Rickard throughout the season may prove difficult. If Bundy’s injured again he could be placed on the disabled list and sent out for a minor league rehab assignment. Bundy’s talent has never been questioned and if he’s healthy enough to pitch Buck Showalter probably won’t hide him at the end of the bullpen like he did with Jason Garcia last season. A healthy Bundy won’t be treated like a typical Rule 5 pick.

The status of Bundy and Rickard probably means a lot of travel between Baltimore and Norfolk for players like Caleb Joseph, Francisco Pena, Oliver Drake, TJ McFarland and Jason Garcia. Those players, who each have at least one minor league option remaining, could form a taxi squad used to supplement Showalter’s roster.