Chris Davis or Bust for the Orioles 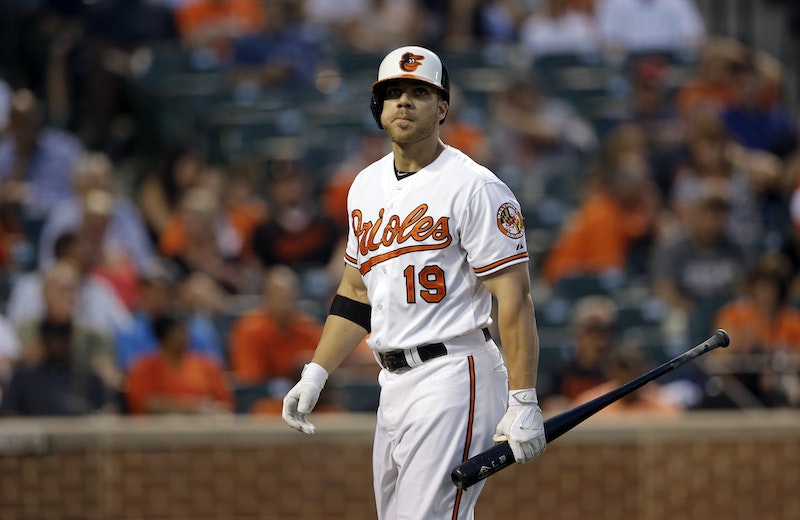 The Baltimore Sun’s Dan Connolly confirmed a few days ago what any Orioles’ fan already knew—it’s Chris Davis or bust for the O’s this winter. According to Connolly the Orioles’ contract offer to the free agent slugger was a special arrangement approved by team owner Peter Angelos. The money is earmarked for Davis, and Davis only. The club’s negotiations with Scott Boras, who represents Davis and fellow free agent Wei-Yin Chen, have fluctuated over the past two weeks. The Orioles reportedly made Davis a seven-year offer worth $150 million during baseball’s Winter Meetings. Boras rejected the deal, presumably on a quest for $200 million.

The Orioles said they took that offer off the table and would wait for Boras to renew negotiations, and reportedly moved their attention to free agent outfielder Justin Upton. Baltimore’s meeting with Upton was probably taken as seriously as an honorary doctorate for Larry the Cable Guy. The Upton story was a clear attempt to force the hand of Davis and Boras. The agent saw through the ploy and waited patiently for Jason Heyward to set the market for free agent hitters.

Heyward’s $184 million contract with the Cubs averages out to $23 million per year for eight years, more than the O’s offer to Davis. The contract also includes player opt-outs after years three and four. The structure of the Heyward deal likely reduced the chances of Davis coming back to Baltimore. Dan Duquette said at last week’s FanFest that contracts involving player opt-outs run contrary to the Orioles’ way of doing business. That philosophy essentially takes the Orioles out of serious consideration for any major free agent signing.

Heyward, David Price and Johnny Cueto all signed contracts in excess of $120 million this offseason and each deal has included a player opt-out clause. If the opt-out is a non-starter for Baltimore it’ll probably be a deal breaker for Boras. Even if Boras and Davis relent on any opt-out discussion it’s likely that the reported $150 million may not be enough.

The Orioles are banking that a market fails to materialize and Davis himself leads Boras back to negotiations with Baltimore. The Houston Astros are considered a possible landing spot for Davis; the Astros are also looking to add a free agent starter. Boras is clearly holding out for the O’s to up their offer or to pull the elusive “mystery team” into the fray much as he did when Prince Fielder signed with the Tigers in 2012. It’s possible that Boras could go back to the well again and sell Davis to Tigers’ owner Mike Illitch as a slugging corner outfielder.

An unlikely possibility is a serious run at Upton, Alex Gordon or Yoenis Cespedes by the Orioles. A publicly compromised all-or-nothing swing at a Davis reunion does a disservice to the team, the fans and the front office.