Cubs Are Team to Beat in NL Central 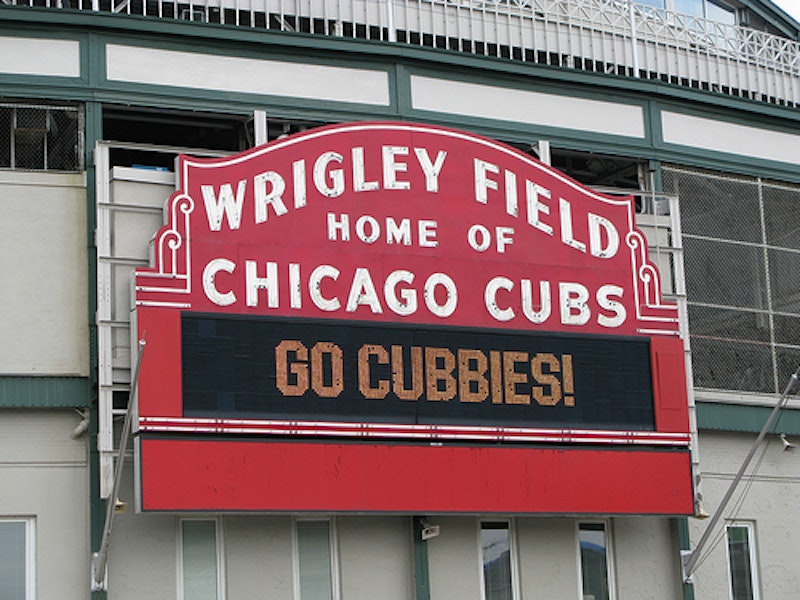 The Chicago Cubs entered the offseason in need of a center fielder, starting pitcher and bullpen depth. Chicago’s front office addressed each of those concerns last week and threw in the signing of Ben Zobrist for good measure. The additions of Jason Heyward, John Lackey, Adam Warren and Zobrist to a 97-win team has served notice to the rest of the National League and weakened the rival Cardinals.

Heyward’s reported eight-year $184 million deal with Chicago added another budding star to the Cubs’ young core and sent the St. Louis fan base into a rage. The self-proclaimed “Best Fans in Baseball” peppered Heyward’s Twitter account with hate-filled nonsense on Friday afternoon. After missing out on David Price and losing Heyward and Lackey to the Cubs the “Best Fans” threw a tantrum. Fans have a right to be upset as Lackey (5.6) and Heyward (6.5) led St. Louis in WAR last season. The Cardinals may soon recover to sign Chris Davis or Justin Upton but right now the clear advantage goes to the Cubs in their rivalry.

The 26-year-old Heyward is just one day younger than Chicago first baseman Anthony Rizzo. Heyward’s bat has never lived up to the Ken Griffey Jr. comparisons but he’s an above average hitter with elite defensive and baserunning abilities. Heyward has accounted for 12.7 WAR over the past two seasons and he projects to maintain a high level of production in either right or center field as he enters his prime. Heyward’s move to Chicago, along with the Zobrist signing, gives the Cubs increased positional flexibility. Joe Maddon could use Heyward’s superior glove in center field flanked by the defensively-challenged Jorge Soler and Kyle Schwarber or play Heyward in right with Soler serving as trade bait. It’s also possible that Zobrist could play right field with Javy Baez taking over at second base.

Chicago has also taken some steps to tighten up its bullpen. The Cubs relied on Trevor Cahill for important outs in October, a less than ideal situation. The veteran righty ended up in Chicago’s bullpen after posting disastrous results for the Diamondbacks and Braves during the 2014 and 2015 seasons. Cubs pitching coach Chris Bosio helped Cahill make some mechanical adjustments that may have saved his career. Cahill fanned 22 batters and walked just five in 17 September innings for Chicago. He performed respectably in another six postseason appearances. The Cubs, banking that the 27-year-old has saved his career, signed Cahill to a one-year contract early last week.

Cahill’s deal was followed by the trade of Starlin Castro to the Yankees for Adam Warren. The 28-year-old Warren served as a swingman for New York last season, pitching adeptly out of the bullpen and as a starter. Warren’s pure stuff may not excite the Chicago fan base but his production in the AL East over the past three seasons has been impressive. Just as the signing of Zobrist gives Maddon a great deal of lineup and roster flexibility, the Warren trade can do the same thing for his pitching staff.

A rumored Jorge Soler for Shelby Miller swap never came to fruition, as Chicago was clearly uncomfortable matching the prospect package the Diamondbacks surrendered for Miller. Warren may seem like an underwhelming consolation prize but it should be noted that Castro passed through waivers last summer unclaimed. A few months after not being able to give away Castro and his contract the Cubs were able to flip the infielder for a versatile, dependable, cost-controlled hurler and free up roster and payroll space for Zobrist.

Chicago could use more bullpen help and perhaps another starting pitcher. After breaking the bank for Heyward the front office could bid for the recently posted Hiroshima Carp ace Kenta Maeda. If a run at Maeda isn’t in the budget Chicago may turn to the trade market. The positional flexibility of Zobrist and Javy Baez, and tantalizing tool set of Soler, could allow Theo Epstein and company to put together a package of young talent to acquire a high-upside young starter like Cleveland’s Carlos Carrasco, Tyson Ross of the Padres or a Tampa starter not named Chris Archer. The Cubs could also use Soler or Baez to acquire an impact arm for the bullpen. The Rays’ lefty Jake McGee has been mentioned as a rumored target. If no deal for pitching can be made the Cubs will surely be content to retain their young talent in order to make an in-season acquisition to bolster the pitching staff.