It’s not jolly in Birdland. 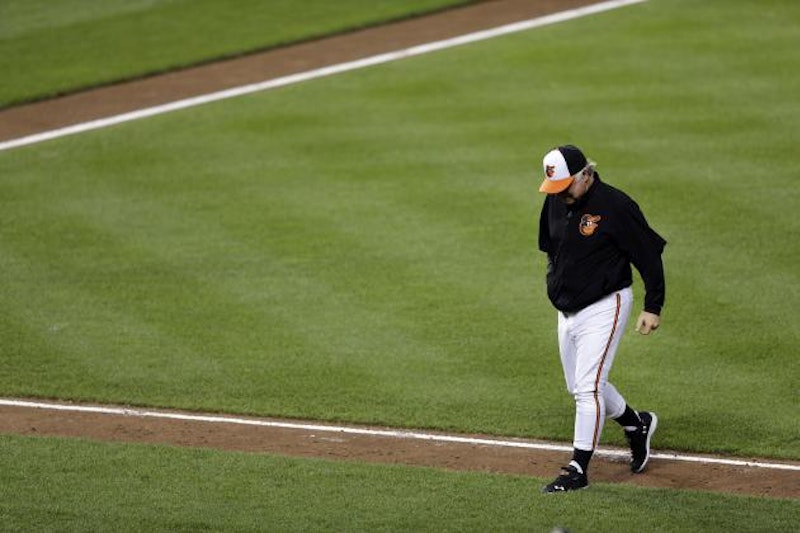 The baseball offseason is a real dud for Baltimore Orioles’ fans. The team’s only additions, a situational lefty and two Rule 5 draft picks, have been outpaced by departures. With Christmas upon us, Baltimore is down one organizational pillar in right field and the American League’s 2014 home run leader. Things aren’t so jolly in Birdland.

The success of the Orioles over the past three seasons has bought Dan Duquette some equity with the fan base and presumably the club’s owner. But the club’s inaction is frustrating in what’s been a whirlwind hot stove season around baseball. As free agent outfielders are gobbled up and trade rumors swirl let’s take a look at the Orioles’ options.

The Orioles aren’t in terrible shape here. Steve Pearce out-produced Nick Markakis last season and with Chris Davis and Manny Machado back in the lineup next April, Pearce should be able to assume near full-time duty in right field. Pearce doesn’t have the defensive acumen of Markakis but he may out-hit him, and for a fraction of the cost. Pearce filled in at first base, DH, and left field last season. If Pearce is in right then the bigger hole is in left field. Alejandro De Aza, acquired in a late August trade with the White Sox, hit well in his brief O’s stint. De Aza’s track record suggests that he’ll be better suited to a platoon role. The Orioles will need a right-handed hitting platoon partner for De Aza and a designated hitter.

The list of free agent outfielders was underwhelming to begin with, hence the Braves’ offer to Markakis. The remaining available free agents all have serious flaws. Colby Rasmus and Nori Aoki are probably the most accomplished of the bunch. Rasmus generally stinks, save for a few months in 2013. Rasmus is also an imperfect fit because he’s a left-handed hitter and a natural center fielder. Aoki is the better option for Baltimore, though he also has some warts. Aoki hit just one home run last season and has a reputation for turning routine catches into highlights. Aoki would give the Orioles a nice option at the top of the order and his natural position is right field. His .349 on base percentage would’ve led the Orioles last season. The team could make up for Aoki’s lack of pop in right field because they get better than average power production from center field, shortstop, and catcher. If Aoki signs with Baltimore it likely means that Pearce and De Aza platoon in left.

Baltimore could turn to the trade market. Seth Smith and Carlos Quentin of the Padres are realistic trade options. Smith signed a team-friendly contract last summer but new San Diego GM A.J. Preller has been aggressive in his first few months on the job. With Wil Myers, Justin Upton and Matt Kemp headed to the Padres, the Petco Park outfield is getting crowded. Quentin has battled injuries but he has just one year left on his contract and profiles more as an American League DH than a National League outfielder. Dexter Fowler of the Astros, another 2015 free agent, could also be an option for the Orioles to fill both the left field and leadoff vacancies.

My guess is the Orioles sign Aoki to a two-year contract to play right and hit leadoff. Then they follow the Aoki signing by bringing back Delmon Young to act as a right-handed hitting DH. Matt Wieters, Chris Davis, and Steve Pearce will also get some DH at bats. If Young, De Aza, and Aoki fall on their faces, Duquette will look to make an in-season move to bolster the lineup or promote a youngster like outfielder Dariel Alvarez or Christian Walker from Triple-A to improve the big league club.