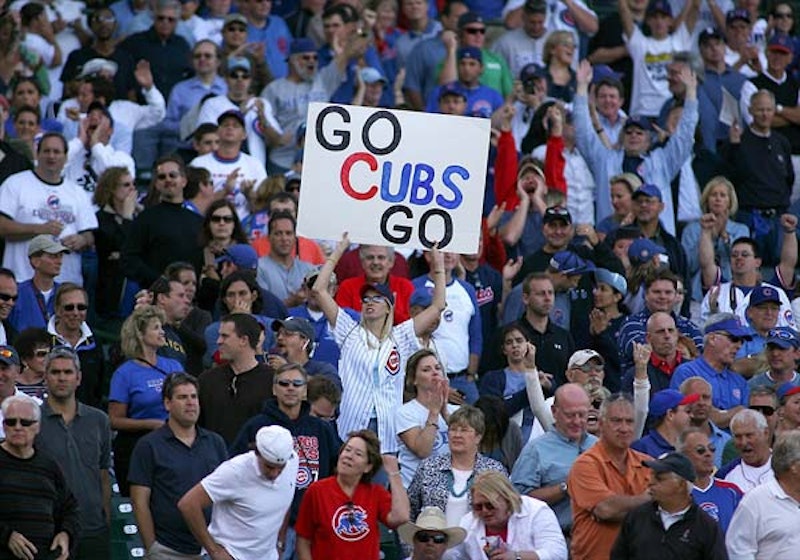 The Chicago Cubs’ six-year/$155 million deal with Jon Lester earlier this week represented the most significant change for a franchise that has been remade over the past three years. Theo Epstein has been selling hope on the Northside of Chicago since the front office regime change of 2011. Those hopes took human form with last summer's arrival of Jorge Soler, Javy Baez, and Arismendy Alcantara. Lester's arrival was an early Christmas present for Cubs fans. Suddenly hope has been traded for expectations.

It was reported shortly after the Lester announcement that the Cubs' championship odds had moved from 18-1 to 12-1. Vegas was no doubt hoping to make a few bucks on overzealous Cubs partisans but the point remains, Wrigley's losers may soon be monsters of the midway. The addition of Lester, along with fellow free agent pitcher Jason Hammel, new catcher Miguel Montero, and manager Joe Maddon have potentially moved the Cubs from NL Central doormat to division title contender.

Lester is only one player and can only do so much. He's been one of baseball's best pitchers since 2008 and immediately gives Chicago an ace to anchor the rotation. Pairing Lester with 2014 standout Jake Arrieta could give the Cubs one of baseball's most dynamic 1-2 punches over the next few seasons. That's not to say that Lester doesn't come with considerable risk. Giving a pitcher who’s almost 31 a six-year deal isn't likely to end well. There's a pretty good bet that Lester will be an overpaid shadow in the final years of the deal.

But Lester was brought to Chicago to not only pitch the team to the playoffs but through October. If he registers a bunch of postseason starts over the next six seasons in Chicago the team will gladly swallow the bitter pill of the contract's final years.

The Chicago offer to Lester may have been as much as $20 million more than the Red Sox, the next closer bidder. While Boston fans and media rail against the Sox for lowballing Lester in negotiations during the 2014 season it’s clear that the Cubs were charged a premium for the lefty's services. The encouraging sign for the Cubs faithful is that Epstein and company put their money where there mouths were. Epstein had spoken continually over the past few off-seasons that the ballclub would be willing to spend big when the time was right. Epstein’s doubters thought that the front office was selling the fan base a shell game with payroll slashing disguised as a rebuilding plan designed to pocket millions.

Those doubts should be put to rest now. The contracts for Lester and Hammel tallied more than $175 million. When you factor in the $40 million owed to Montero over the next three years and the $25 million five-year deal for Maddon, the Cubs' recent spending spree comes close to $250 million. The abundance of high-impact cost-controlled prospects, along with team-friendly deals for young stars Anthony Rizzo and Starlin Castro, give Epstein's front office flexibility. The team has absorbed a significant payroll bump in advance of the Wrigley Field renovation. Once the revamped ballpark opens the team will have even more cash in its coffers. The franchise is also working on a new regional TV deal that could net billions over the next decade. Given the upcoming windfall it's likely that the Cubs will be bidding for the services of David Price, Jordan Zimmerman, or Johnny Cueto this time next year.