The Spaniard has a record at Roland Garros that will never be broken. 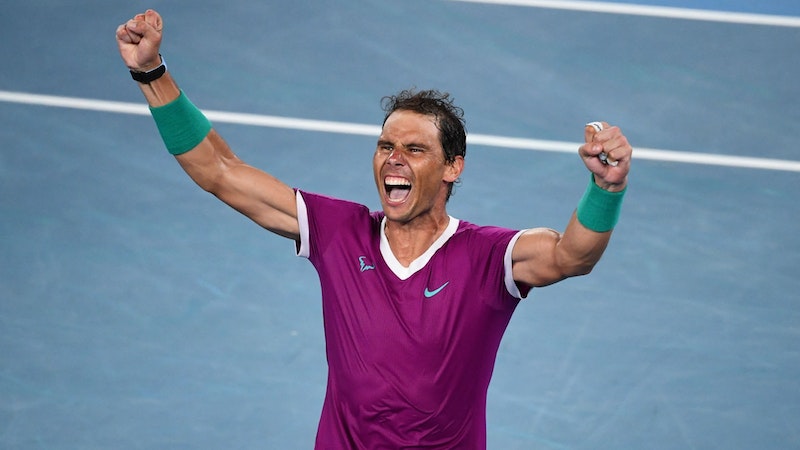 So it was difficult to summon up that frisson of anticipation that a Grand Slam championship match can generate when Nadal's opponent was going to be Norway's Casper Ruud, ranked world number eight. While the 23-year-old Norwegian's a fine player (he already has eight ATP tournament championships) with a great career in front of him, his name lacks the marquee value that fans expect for a finalist at this prestigious tournament. But it takes more than marquee value to beat Rafael Nadal, whose record is 111-3 at Paris' Roland Garros stadium. Djokovic, last year's French Open champion, and the holder of 20 major titles (tied with Roger Federer), was the only legitimate candidate to beat Rafa in this tournament.

Perhaps the women's finals the previous day at Roland Garros stadium was a precursor to the excitement level the men's finals would generate. Number one ranked Iga Swiatek, who arrived at Roland Garros without having lost a match in over three months, cruised into the finals against 18-year-old American phenom, Coco Gauff, and took her second French Open championship, 6-1, 6-3, in a match devoid of tension. It was so lopsided that Gauff's father was spotted crying in the stands afterwards. While top rankings in women's tennis are marked, unlike men's tennis, by their fluidity, the 21-year-old Polish champion, who has nearly twice the ranking points of her nearest opponent, is positioned to dominate for the foreseeable future. The WTA appears to have found the elusive female star who can win consistently on all surfaces. While it may be premature to compare Swiatek to Serena Williams, preliminary indications point in that direction.

Coco Gauff didn't distinguish herself in the finals with her racquet, but used her pen to memorable effect. While it's become a tradition for players to sign the TV camera lens at the conclusion of a match, the world number 18 (upon entering the French Open) from Delray Beach, FL, signed the lens, after her semifinal win, "Peace End Gun Violence." "I think that this is a problem in other parts of the world," she said, "but especially in America it's a problem that's, frankly, been happening over some years, but obviously now it's getting more attention. But for me, it's been an issue for years."

It appears that her lens message marks Gauff's entrance into the group of pro athlete activists that includes LeBron James, Colin Kaepernick, and fellow tennis star, Naomi Osaka. There's no concrete evidence that her efforts to use her platform to curtail gun violence will produce even an iota of change. Intractable issues like American gun violence are immune to the protests of sports stars who overestimate their level of influence. That overestimation, however, isn't going to be impeded by TV sports commentators. The NBC announcing team, which included John McEnroe, fawned over Gauff's comments, explaining to viewers that she was, at such a young age, much more than "just a tennis player." "I think," said Gauff, "sports gives you the platform to maybe make that message reach more people." That's exactly what Hollywood stars think, and we've seen what that looks like at various awards ceremonies, and we've seen the results it has produced.

Casper Ruud's quarterfinals match against Denmark's 19-year-old up-and-comer Holger Rune had another level of interest beyond just being the rare all-Scandinavian matchup late into a Grand Slam tourney. Rune's a hothead—the type who (like Andy Murray used to do) berates his entourage in his player box, which is some of the most annoying behavior in pro tennis. After screaming, "If you're not helping, leave," in the direction of his box at Court Philippe-Chatrier—the media are reporting he was addressing his mother—his mother stood up and walked out, which didn't help him win the match.

Ruud grew frustrated with the Danish teen's antics and told him to "grow up." When it came time for the post-match handshake, Rune's perfunctory effort fell short of tennis etiquette. Then, in the locker room, Rune claimed Ruud got in his face and yelled, "Yesssssss!" Ruud denied the outburst, calling his opponent a liar. This budding rivalry should be fun to follow.

But there was no drama of any kind in the Nadal-Ruud final, which the Spaniard took 6-3, 6-3, 6-0. The Norwegian trains with Rafa at Nadal's tennis academy on Majorca, so he knows his opponent's game well, but knowing it doesn't mean he could get to one of Nadal's whipsaw, crosscourt forehands. Ruud took his loss in stride, betraying no sense of disappointment. There's nothing Nadal does that he can do better, and the Spaniard's been there many times before. The Norwegian will win this tournament one day. As for his performance on Sunday, at least he can know that he was a part of the most riveting ongoing storyline in all of professional sports—Rafael Nadal's stunning 14 championships at Roland Garros, a record that won't be broken.