Obnoxious Greed on the Green

The PGA has had a solid lock on golf in the United States for decades. 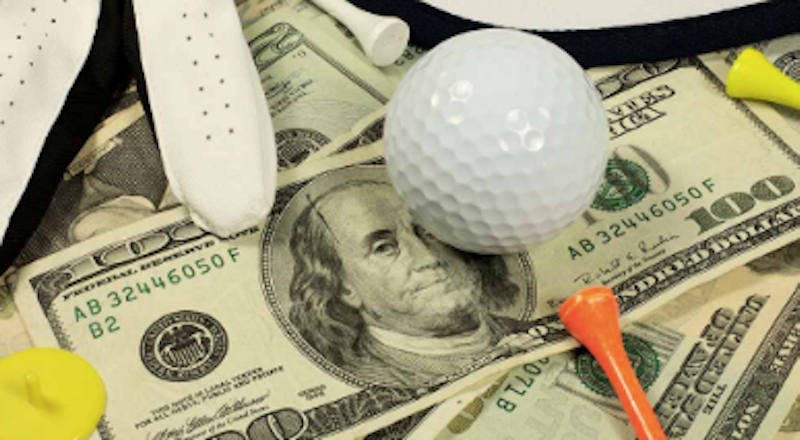 In the United States, a well-funded “major” golf tournament will award about $9 million in prizes; last week’s Colonial Tournament winner, Sam Burns took home $1,512,000 for his playoff victory. Runner-up Scottie Scheffler pocketed $915,600. They’re among the best golfers in the world, and their talent “should” be compensated at a high level, but it’s still $1.5 million for four days of golf. The PGA has had a solid lock on golf in the United States for decades. If you’re a pro, that’s where you play, there’s really no choice. The Korn Ferry Tour is basically golf’s developmental league, but guess who really runs it? The PGA.

The tournament outside London is a part of the LIV Golf Invitational series, and it’s rumored that some of golf’s most well-known players will be paid significant sums just for showing up, including Dustin Johnson, Sergio Garcia and Louis Oosthuizen. Top prize for the winner is $4 million. That’s one of the highest prizes ever awarded for a golf victory. The Saudi government has the money, and is making a run at American, European and all high-level international players. Johnson will miss the RBC Canadian Open, now the rival tourney to the LIV event.

One player who is uncertain to play at this time is Phil Mickelson, the controversial golfer who won a major last year at 50, but has been missing from professional golf for several months. His mostly self-imposed exile followed comments he made about both the PGA and the Saudis. Mickelson has several problems with the PGA, but the biggest concerns the media rights that the PGA controls. Mickelson has participated in made-for-TV events called The Match, but in order to present digital representations of the shots made, he had to pay the PGA $1 million. The PGA owns every shot, image and video moment. Mickelson calls this “obnoxious greed.” That’s a big part of why he and others are looking at the Saudi’s proposed Super Golf League. The LIV tournament is just one step toward what many see as serious competition to the PGA and the DP World Tour—the European Tour.

Mickelson didn’t limit his comments to the PGA. In a recently published book by Alan Shipnuck, Mickelson referred to the Saudis as “Scary motherfuckers to get involved with. We know they killed Khashoggi and have a horrible record on human rights…” But he followed these comments by saying that the potential formulation of a new golf league would be “a once in a lifetime opportunity to reshape how the PGA tour operates.” The PGA is not standing silently by. “As communicated to our membership on May 10, PGA Tour members have not been authorized to participate in the Saudi Golf League’s London event under PGA Tour regulations. Members who violate the tournament regulations are subject to disciplinary action.”

Does that mean players will face hefty fines? Will they be suspended from tournament play? For how long? Can the PGA deny a player his right to earn a living? The question around sponsorship money is already in play, RBC has been a sponsor for Dustin Johnson for a number of years, but after Johnson said he’d play in the Saudi event in London, RBC announced they were breaking ties with the golfer.

A monetary fine would have to be considerable to make any difference, given the combination of appearance money and potential prize dollars. Suspensions could be a tool the PGA employs, but lawsuits would quickly follow if a player’s denied his place at, say, the US Open at Brookline next month. This is all going to come to a head in the next few days.