Americans watch sports to relax, not to get a political lecture. 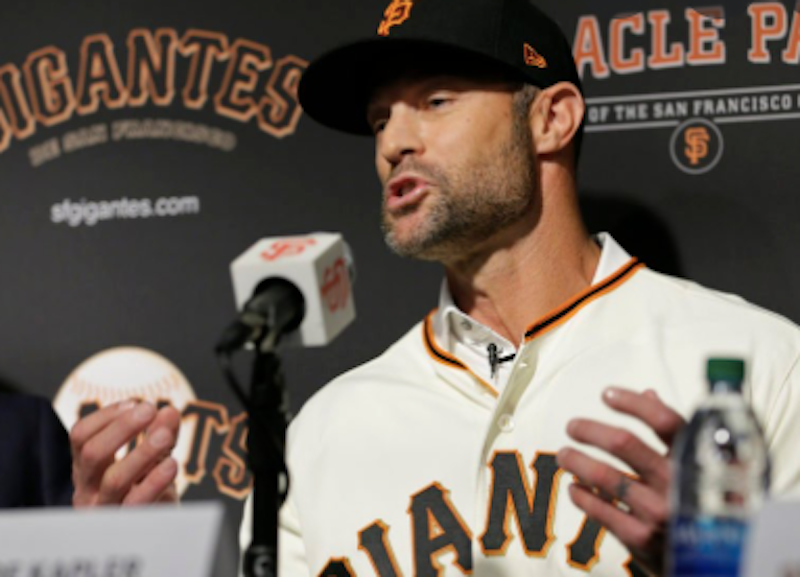 I’m not sure if anyone cares, but San Francisco Giants manager Gabe Kapler isn’t taking the field for the national anthem anymore. Some people might. It pissed people off when quarterback Colin Kaepernick knelt during the national anthem several years ago. Some data suggested it resulted in a slight decline in TV ratings for the league. Kapler knelt for the anthem during the 2020 season over racial issues. Now, he’s not participating in the national anthem because of America’s gun violence problem.

I don’t give a shit what he does. The last time I cared about Kapler was when he was a member of the Boston Red Sox in the mid-2000s. He was a mediocre backup outfielder on some great teams. As someone who’s not a Giants fan, it doesn’t bother me if he costs the Giants money. However, what’s clear is this is a pointless endeavor that won’t change anything. Which politician does he expect to change their opinion on guns because he’s not standing for the anthem? Or which politician who doesn't support gun control does he think will lose an election because of his actions? California liberals with their out-of-state donations couldn’t get Beto O’Rourke elected the last two times he ran for office in Texas. Why will this time be any different?

I say this as someone who isn’t conservative when it comes to guns but is generally socially conservative. I don't think teachers should have guns in the classroom—because that would likely result in more mass shootings and sexual abuse. My home state of Massachusetts has some gun laws that I’m fine with (universal background checks, an assault weapons ban, minimum age of 21 to purchase certain guns, and red flag laws). If gun control advocates want to push for those things and voluntary gun buybacks, fine.

Yet, being weird about the national anthem does nothing to address society’s problems. It causes division, making the country’s social cohesion slightly worse. And when it comes from the guy who didn’t tell the police when he heard about a 17-year-old girl assaulted at his team’s hotel a few years back, it’s hollow. Much of the league’s so-called activism is for show. The league that tolerates domestic violence, takes billions in public subsidies to build taxpayer-funded stadiums that make the rich richer while deliberately pushing booze and gambling advertising onto the masses (including children)—while refusing to pay minor leaguers even the federal minimum wage—wants Americans to know that it gives a damn about you. It wants you to know that Black Lives Matter (an obvious statement).

The New York Yankees and Tampa Bay Rays care so much about gun violence that instead of tweeting about one of their games last week, they tweeted gun violence statistics—because the team (Yankees) with Aroldis Chapman on it cares about gun violence. It’s not like he fired eight bullets in a domestic dispute to terrify his girlfriend or anything. The situation reads like bad satire.

People watch sports to relax. If you can see through rich corporate welfare queens virtue signaling, then there’s not an issue. However, if any of them advocate for killing children with forceps and chemicals later this month, that’ll piss me off.