Are These Really Olympic Sports? 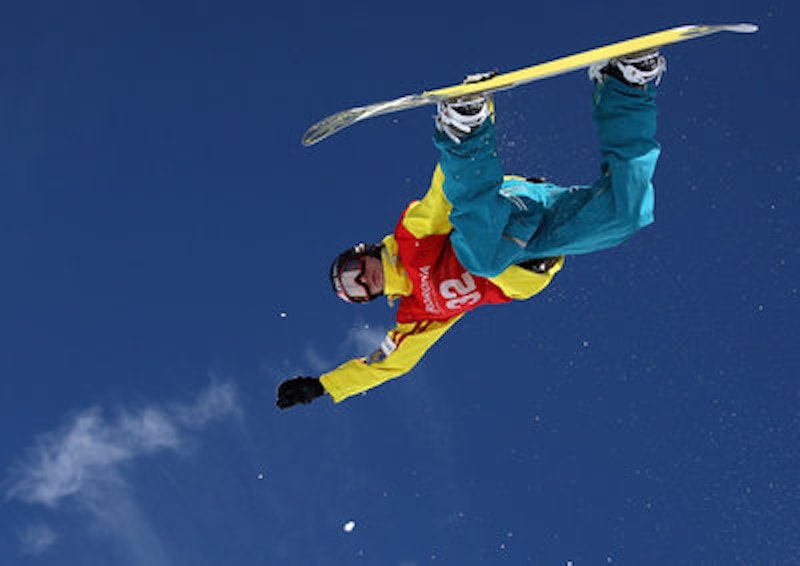 I confess I’m not the best downhill skier, but I love a good show. I usually spend a little of my ski time watching the snowboarders, especially when they’re hitting the jibs. If you’ve ever watched the Winter X Games, you’ve definitely seen Shaun White, the “Flying Tomato,” take off 30 feet in the air above a half-pipe, do a 360-degree flip and come down with a smile on his face.

Snowboarding has hit the mainstream and its popularity is at an all-time high. Now the hip riders from the 1970s and 80s (a time when most resorts did not allow snowboarders) are riding with their kids. A friend of mine who is 50 gave up her lifelong skis last year for a snowboard and never looked back.

Snowboarding originated in 1965, when a chemical engineer from Michigan, Sherman Poppen, tied together two skis and attached a rope on the front to make it easier for his daughter to learn how to ski. Poppen’s wife called it the “Snurfer” because it looked like a snow surfboard. Poppen’s daughter’s friends their own, so he started selling them for $15 each. The Snurfer sold over half a million in one year. Kids started making boards out of their garages and some of the incredibly successful snowboard manufacturers were born. In 1998, snowboarding was no longer just a crazy, extreme sport for Generation X. It was an Olympic sport. The half-pipe event was added in 2011.

Snowboard slopestyle is an event where the goal is to perform the most difficult tricks while getting the highest amplitude off of jumps. It will export from the X Games and make its debut, along with slopestyle skiing, at the winter Olympics next month.

I’m sure there will be some big airs and jibs all done to rock music and a roaring crowd. I can’t wait to watch it. In general, the distance between takeoffs and landings on the jumps ranges from 30 to 80 feet, with the athletes usually choosing larger gaps so they can hit more tricks.

Unfortunately, not everyone agrees about the sport’s excitement. On the Today Show this week, Olympic games host Bob Costas told Matt Lauer that he thought the President of the IOC (International Olympic Committee) should be Johnny Knoxville “because basically this stuff is just ‘Jackass’ stuff they invented and called it an Olympic sport.” He did later add that he meant the remark in the “kindest possible way.” I don’t think the irritated snowboard community was feeling that vibe.