Watch out for Jason Heyward. 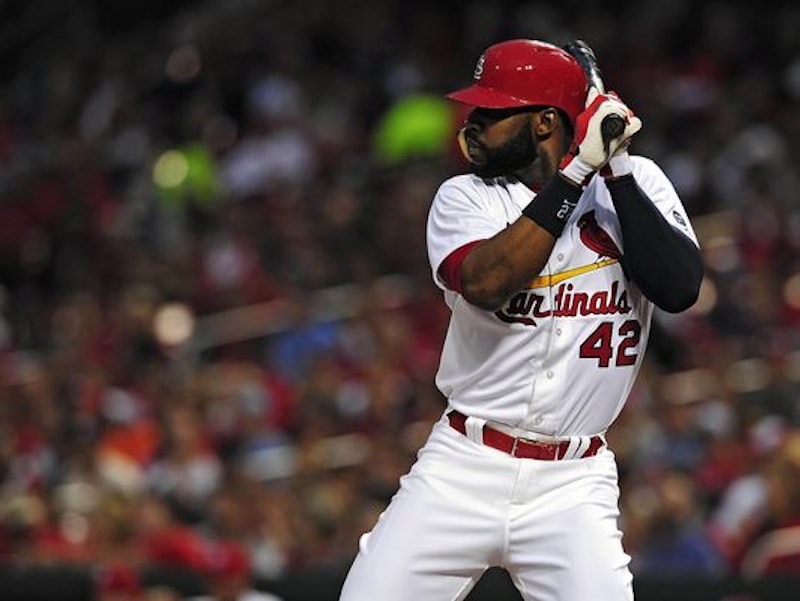 The only real drama in the National League over the past few weeks was in the Washington Nationals’ dugout. The division races and Wild Card teams were generally set well before Papelbon wrapped his hands around Bryce Harper’s throat. With only home field for the Cubs/Pirates play-in game left to be determined here’s a look at some players that could surprise during the NL postseason.

The Chicago Cubs have been one of baseball’s hottest teams over the past two months but they’ll need to get by Pittsburgh next Wednesday if they hope to make it to the NLDS. The trio of Anthony Rizzo, Kris Bryant and Kyle Schwarber gives Chicago one of the most impressive groups of young power hitters in baseball. The recent return of Jorge Soler from the disabled list, and Javy Baez’s recall from Triple-A, has given Joe Maddon’s lineup even more power and versatility. Starlin Castro, once the great hope of Chicago baseball, has been lost in shuffle. Castro was in the midst of a miserable season when Maddon moved him to second base in early August. The move put the sure-handed and acrobatic Addison Russell at shortstop, immediately improving the Cubs’ infield defense.

The position swap also jump started Castro’s slumbering bat. Castro bottomed out on August 1, his OPS was a dismal .568 and he was soon benched for nearly a week before reappearing on the right side of second base. Castro then began his long climb back to respectability. He went on to emerge as baseball’s most productive hitter in September. Castro posted a September slash line of 426/.452/.750 with five homers, five doubles, and a triple. He’ll be counted on to provide October lineup protection for Rizzo and Bryant.

The Cubs will almost assuredly face Pirates’ ace Gerrit Cole in next week’s Wild Card game. If the Pirates can topple Chicago the understated midseason acquisition J.A. Happ could play a big postseason role. Pittsburgh traded minor league hurler Adrian Sampson to Seattle at the trade deadline for Happ. The veteran lefty has been outstanding since the trade. Happ’s gone 6-2 with a 2.04 ERA in 10 starts for the Pirates, allowing just three home runs in 57 innings. Happ could be a major presence in the rotation or out of the bullpen in October.

The Dodgers have been about as mediocre as any $250 million team with two aces could be. The team’s aging keystone combo of Jimmy Rollins and Chase Utley don’t strike much fear in the hearts of opposing hurlers. The continued injury troubles of Carl Crawford and Yasiel Puig has created an unsettled outfield situation. Don Mattingly has increasingly turned to new arrival Justin Ruggiano and top prospect Corey Seager for an offensive boost. Ruggiano has posted a 1.011 OPS in 19 games after spending most of the season with the Mariners’ Triple-A affiliate in Tacoma. Seager’s bat has been as advertised but he’s struggled at shortstop. Mattingly will have to decide between offense or defense for the postseason. He’d be best served leaving Rollins and his .645 OPS on the bench.

The Mets second half surge has coincided with two events, the trade for Yoenis Cespedes and the health of Travis d’Arnaud. Cespedes’ production has overshadowed the ample contributions of d’Arnaud. The young catcher battled injuries early in the season and was sidelined for much of May and the entire month of July. He returned on July 31 and has hit like one of the best catchers in baseball over the past two months. The offensive progress and defensive prowess of d’Arnaud could make him the Mets most important position player as soon as this postseason.

The Cardinals are the National League’s best team and hold the home field advantage. The offensive decline of catcher Yadier Molina and injuries to outfielders Matt Holliday, Randal Grichuk and Stephen Piscotty could pave the way for Jason Heyward to take center stage. The 26-year-old outfielder is set to become a free agent after the World Series and it wouldn’t be shocking to see him have a nationally televised coming out party this October. Heyward, who had a rough few months with the bat upon his arrival in St. Louis this season, was one of the Cardinals’ top hitters after the All Star break. Heyward is an outstanding defender but his offense has yet to live up to the hype. After batting just .154 in nine playoff games with the Braves Heyward will be looking to make some noise with the bat this postseason in hopes of an offseason windfall.