Picks for your keeper roster. 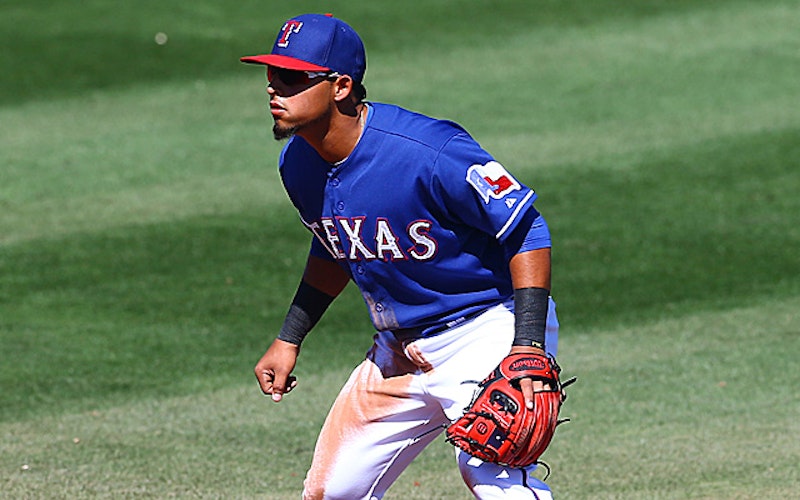 By this time of year most fantasy sports enthusiasts have shifted their attention to football. If you’re not near the top of your baseball league standings you may not even be checking your weekly lineup. I’m guilty of that, but now’s the perfect time to stash some prospects on your MLB keeper league rosters.

The Dodgers’ rookie shortstop Corey Seager is probably available in your keeper league considering that the Dodgers kept the youngster stashed at Triple-A until early September. Seager has quickly become one of Don Mattingly’s best players. The 21-year-old is the shortstop of the future for Los Angeles and the future may arrive as soon as the National League Playoffs. Seager has played both short and third, while posting a 1.060 OPS with 13 RBI in 19 games. He’s a future star at a premium position. Get him while you can.

The Texas Rangers’ second half surge has been remarkable and unexpected. The resurgence of Shin Soo Choo and trade for Cole Hamels have drawn most of the attention but the maturation of young second baseman Rougned Odor has had a major impact on the American League West race. After posting a .698 OPS with just nine home runs as a rookie in 2014, and getting off to a weak start in 2015, Odor was sent to Triple-A Round Rock for a month this season. He mashed minor league pitching and was inserted back into the Texas lineup. Odor has posted a .879 OPS with 29 extra-base hits since the All Star break. The young infielder is living up to his prospect status and hitting the Rangers into the postseason. If Odor is unavailable in your league consider picking up the Orioles’ Jonathan Schoop, another power-hitting sophomore second baseman enjoying a second-half surge.

The stunning power display from Yoenis Cespedes and the contrived Matt Harvey drama has dominated Mets’ related news stories. Lost amid the Scott Boras quotes has been the play of rookie outfielder Michael Conforto and young catcher Travis d’Arnaud. Conforto, the Mets’ first round selection in 2014 out of Oregon State, made a rapid rise through New York’s farm system. After hitting .312 with five home runs for Binghamton of the Eastern League Conforto was summoned to New York in July to bolster the Mets’ weak-hitting outfield. The rookie has quietly posted an impressive slash line of .278/.354/.521 with eight runs in just 48 big league games. Given Cespedes’ impending free agency Conforto looks like a good bet to be a long-term answer for the Mets.

If you’re looking to bolster your pitching staff take a gander at Mariners’ rookie hurler Taijuan Walker. The right-hander’s finally displaying his vast potential at the Major League level. A quick glance at Walker’s 4.56 ERA in 29 starts this season probably has him languishing on your league’s waiver wire but it doesn’t tell the whole story. The 23-year-old has gone 2-1 with a 3.52 ERA in four September starts. Walker’s fanned 18 batters while walking just four in 23 innings this month. He may simply be having a hot month, but he’s a talent worth stashing on your roster.