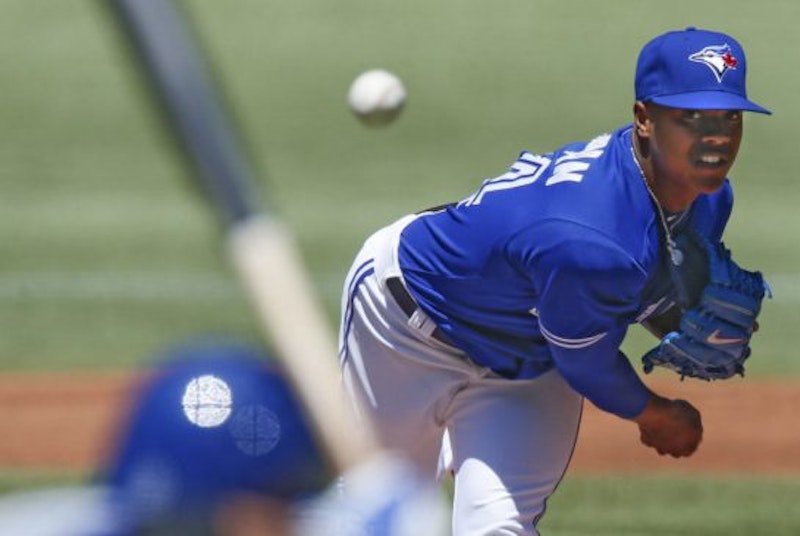 Astros’ left-hander Dallas Keuchel toppled the Yankees in the American League Wild Card Game and Houston advanced to its first playoff series since the 2005 World Series. The victory also crowned Keuchel as my new favorite player, for one day at least. October baseball gives March Madness a run for the best month on the sporting calendar but I’m typically unable to fully appreciate the drama of October until the Evil Empire is eliminated. Thanks to Keuchel and company the Yankees $218 million monolith of mediocrity has been cast aside and A-Rod’s seven month trolling session is on hiatus.

The win over New York puts Keuchel’s running mate, Collin McHugh, on center stage. McHugh registered 19 wins with a 1.28 WHIP this season while pitching in Keuchel’s shadow. After sending Keuchel to the mound in the Wild Card game in New York the Astros will turn to either McHugh or Mike Fiers to open the Division Series against the Royals. McHugh, who could be called upon to start two games in the ALDS, has the opportunity to further legitimize a breakout season that saw him go 19-7 with a 3.89 ERA. Fiers and Scott Kazmir were acquired in a pair of July trades but both struggled with the long ball. Fiers allowed 10 home runs in 62 ⅓ innings for Houston while Kazmir was even more charitable allowing 13 home runs in 73 ⅓ innings. McHugh will need to pick up the slack with Keuchel playing the part of cheerleader until Game 3 on Sunday.

The Royals rode a dominating bullpen all the way to the World Series last season. Ned Yost’s foolproof formula took a hit last month when closer Greg Holland was sidelined with an injury that required Tommy John surgery. Wade Davis will handle closing duties in Holland’s absence leaving the eighth inning to Kelvim Herrera. The new guy in the KC bullpen is former Phillies’ closer Ryan Madson. After missing the past three seasons due to injury Madson resurfaced as a vital cog for the 2015 Royals. Madson posted a 2.13 ERA in 68 games this season with a 0.96 WHIP. Last October Yost routinely relied on his bullpen for at least three innings every night. If Yost plans on repeating the formula, and he should given Kansas City’s shaky rotation, Madson will play a huge role.

The Blue Jays ultimately lost home field advantage to Kansas City after Sunday’s disastrous Mark Buehrle stunt, but Toronto may have the biggest X-factor of any team still playing. After suffering an ACL tear in Spring Training, right-hander Marcus Stroman was expected to miss the entire 2015 season. The 24-year-old Stroman made an unexpected recovery and, after pitching just 7 ⅔ innings on a minor league rehab assignment, went 4-0 in four September starts for the Jays. Stroman, who logged a 1.67 ERA and a 0.96 WHIP in 27 innings, could be deployed as either a starter or a weapon out of the bullpen by manager John Gibbons.

Stroman and the Jays will take on the Rangers in the ALDS. Texas has been one of baseball’s hottest teams since the All Star break thanks to an offense powered by the resurgent Prince Fielder, Shin Soo Choo and Adrian Beltre. Texas also received an impressive contribution from Mike Napoli. After scuffling for the Red Sox, Napoli was traded to Texas in early August. The veteran first baseman has provided right-handed power for the Rangers and even started 11 games in the outfield for the first time in his career. Napoli, no stranger to postseason heroics, swatted five home runs and posted a .908 OPS in 35 games for Texas. He’ll no doubt be called on to provide a spark against Toronto lefty David Price.