At least the NL Wild Card has a consistent home. 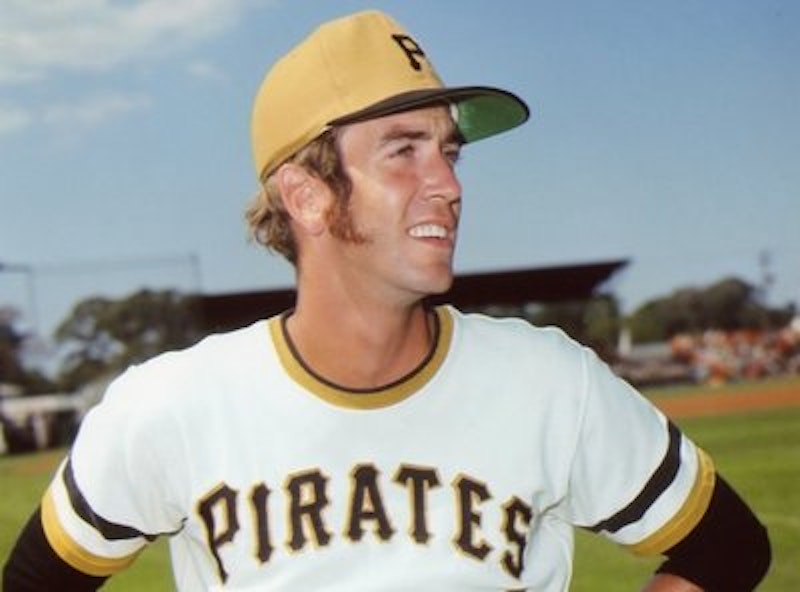 The infamous one-game wildcard playoff is in Pittsburgh for the third straight season tonight. It’s the kind of half-frustrating, half-joyous experience that can make you stare at a wall. Your team has a legitimate nine innings to win or go home, and they are of course facing an ace in Chicago’s Jake Arrieta. The Pirates have their ace on the hill in the intense Gerrit Cole. Stare again at the wall behind my desk. For the past 15 years or so a framed front page of The Sporting News has hung there. It is from Oct. 10, 1970 and features Danny Murtaugh. It’s a classic non-action shot the type of which only The Sporting News could get away with. Murtaugh has just made a mound visit, he has turned to walk back to the dugout and this nondescript full-body telephoto shot was the one selected by the photo editor. The only motion in the photograph is Murtaugh’s right ankle fleeing a dark leather conclave of Riddell cleats on the mound. The underwhelming floating caption reads “DANNY MURTAUGH  Bucs’ Secret Weapon.”

It was an early e-Bay purchase back in the mid-1990s when the online yard sales were a novelty, especially for my posse doing research for the newly-minted cable TV startup called the Classic Sports Network. The cover photo shows off the Pirates then-newfangled double-knit uniforms which look crisp in the sun. Manny Sanguillen is behind his manager to the left wearing catcher’s gear straight from the local sporting goods store—the exact same shin guards my older brother wore for his championship Little League team sponsored by Continental Can back in Knox County, Ohio. The background is all antiseptic Three Rivers Stadium symmetry—vast swipes of olive green plywood and multipurpose stadium unadorned pylons. There is not a single Nike swoosh or W.B. Mason billboard to be found anywhere in the shot.

Towering on the mound is a slender reliever in profile. He’s got the early 1970s sideburns and seems to be focused on Sanguillen’s message. The pitching change was a result of Dave Giusti’s blown save against the Mets on Sept. 25.  Murtaugh’s face is lost in the bill-shade of his cap, Sanguillen is fully masked, and the slender reliever stands as an anonymous rank-and-filer thrust onto the front page of a national sports pub. Just a week or so after that Giusti pitching change, the Bucs would be up against the Big Red Machine in the playoffs, the 102-win Sparky Anderson-led squad that swept Pittsburgh in three games.

So I have stared at this mystery pitcher—his number 24 barely visible in the photo—during quiet moments and raging tempests. I have stared at his profile while trying to soothe my infant daughter in Brooklyn and he has presided over raucous Halloween parties in the front room of my house in the village of Rhinebeck. I never thought twice about him until he came to life right in front of me this past summer.

That mystery pitcher was John Lamb, then 23, having spent five years toiling in the Pirates A-ball minors before getting his big league shot in 1970. Now John Lamb is 69 and is visible in “real life” in front of the Rhinebeck Waste Transfer Station because he’s six-foot-three and wearing a high-visibility green t-shirt. He’s towering over a few “weekenders” (Wall Streeters with second homes in Rhinebeck) who’ve brought their outdated trash to the dump. A Mets fan regular sheepishly thanks the Pirates for beating the Nationals, and Lamb laughs behind his thin white mustache and tilted ballcap. It’s closing time and he produces a dog biscuit for a female resident whom he knows owns a dog. He’s squinting in the sun just like he did taking the mound at brand new Three Rivers Stadium with its AstroTurf glare that lit up everything like a cheap movie. He notices my Buccos bumper stickers when I pull in and almost seems to be expecting me.

Lamb has traded the mustard and black-bill Pirates cap of old for a Welsh Sanitation navy blue ballcap. He also teaches pitching on the side in Connecticut and has the demeanor of a warm coach with a trusting tone. He told me coaching was especially tiring this past summer. Does he go to Pirates player alumni events?  “I very rarely go back,” he said. “I’d rather teach than talk.” It took several approaches to get Lamb to talk for this article. Dozens of local citizens kept telling me about the charming ex-Pirate presiding over the town dump. I visited him several times and he balked at any formal interviews. His view from the transfer station includes a baseball diamond at the end of the driveway for use by local hardball squads. So during slow moments the former Major Leaguer can gaze out at the baseball field and maybe let his mind wander. Lamb makes the hike from his home in Sharon, Conn., twice a week to supervise the action at the Rhinebeck dump.

Lamb was making his way up the ranks of the Pirates bullpen with three saves in 23 appearances for the 1970 squad. On the first day of Spring Training the following February, the righthander was pitching batting practice to teammate Dave Cash who hit a comebacker line drive that struck Lamb in the head above the right ear. He lost the feeling on the left side of his body. At the hospital, he suffered convulsive fits. He was in a daze and his motor skills were out the window. By April, Lamb had brain surgery to relieve two blood clots in his head. He’d miss almost the entire season, regaining his strength at AAA Charleston in time for a few games pitched for the Pirates in late September 1971. By the end of 1973, Lamb’s Major League career was done.

I reached him on the phone two days before the one-game playoff. He was much more open to chat on a sunny fall morning. I asked him about high-pressure situations like the one Cole will be in. Lamb was on the 1970 Pirates playoff roster and was up in the bullpen for each game, but never got in. “The Big Red Machine cleaned our clocks,” Lamb said with a laugh. I asked him about the 1971 postseason. He was not on that roster. “Danny Murtaugh called me and asked me I wanted to be on the roster but my second son was just born at the time and I told him no thanks, I’ve got to be with my family,” Lamb said.

Lamb’s brother-in-law is Pirates legend Steve Blass, another Connecticut native who is famous for his clutch 1971 World Series performance and his sudden and career-ending loss of control of a pitched baseball. Blass is currently a broadcaster for the Pirates and his jovial tales from the double-knit era often contain references to the “mixed grill” bullpen of John Lamb, Bob Veale and Bob Moose that helped the Buccos seal wins. Lamb speaks very highly of his brother-in-law who unfortunately will not be calling Wednesday night’s action on television.

“It’s not fair, but then again it is fair,” Lamb said of the debate over the injustice of the one-game playoff system. “Without the wild card, we wouldn’t be in there at all.” He likes Cole’s stuff. “I think he’ll pitch like the All-Star he is,” Lamb said. “But the kid from Chicago’s got the hot hand.”

Where will the ex-Bucco be watching the game? “I ‘m going to go out and about,” he said. “Maybe find a rowdy bar. If there are one or two Pirates fans, I’ll be okay.” There is a punk rock bar in Kingston, NY, with my name on it. The excellent jukebox will drown out the TBS broadcasters and the Bucs will, once again, be urged to victory.