Let’s Forget These “What If?” Orioles

I stopped caring when the team did. 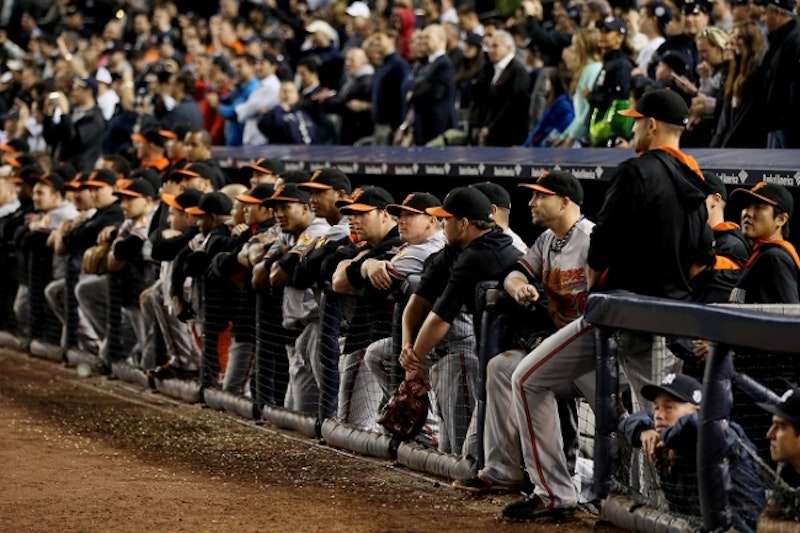 The 1989 Orioles hooked me on baseball. MLB’s Advanced Media team has made following my favorite sport so unobtrusive that I don’t even have to ask my wife to turn off the Kardashians to catch up on scores and highlights. Plus I still have all of my teeth, generally good health and spend free time writing stuff like this rather than updating my daily DraftKings.com lineup.

I turned 13 in the summer of ‘89. The Colts left the city when I was seven so my childhood football memories are almost non-existent. The only thing I remember about the Colts is the news story that showed the Mayflower truck pulling out of Owings Mills. The Maryland Terrapins football team has been largely irrelevant for most of my conscious existence. The Maryland basketball program was just coming out of the disastrous Bob Wade era and it would be at least another season before Gary Williams grabbed my attention. The Orioles were the saving grace for this young sports fan.

The 1989 “Why Not?” Orioles were making an improbable worst-to-first run. The ‘88 team was a disaster and expectations for the 1989 squad weren’t high. The team featured a young outfield built on speed and defense, a bunch of no-name pitchers and Cal Ripken Jr. The daily drama of that 1989 season sucked me in. In an age before the Internet and regional sports networks, the radio was the most important technology in the house. I’d play hours of Baseball Stars on Nintendo while Jon Miller described in vivid detail the action unfolding before him. Every night was a different story with a surprise ending and there was almost always another game the next day. The Orioles fell short that year. The team lost to the Blue Jays on the last Saturday of the season and officially eliminated from the playoff race. I sat on my porch and cried.

It was a weird summer. My dog died suddenly and it hit pretty hard. I remember going to see Batman, starring Michael Keaton, and being excited to have something to think about other than my dead dog. The Orioles’ loss to Toronto put a bow on that chapter of my life. It was a summer of pain, grief and exhilaration and ultimately defeat. The “Why Not?” Orioles were a likable bunch and the disappointment and finality of the season’s end seemed to matter as much to them as it did to fans.

The Baltimore Orioles 2015 season won’t officially end until Sunday but the ugly truth is that it’s been over for a month. The Orioles unofficially ended their season on August 23 when they lost to the Twins in 12 innings to complete a four-game home sweep at the hands of a fellow Wild Card contender. The loss to Minnesota was the third consecutive one-run defeat and sent Baltimore into a tailspin from which it never really recovered. The Orioles went on to lose 11 of their next 14 games to the Royals, Angels, Rangers and Rays. In Baltimore’s most important stretch of the schedule, head-to-head against other Wild Card hopefuls, the O’s came up woefully short.

The few things fans could feel good about were snuffed out. The excellent seasons of Wei-Yin Chen, Chris Davis and Darren O’Day were tempered by the fact that those players probably won’t be in Baltimore next season. Jonathan Schoop’s hot start was almost immediately met with a knee injury that sidelined him for half the year. The promise Kevin Gausman showed in 2014 earned him a spot in the bullpen and a trip to Norfolk. Steve Pearce, last season’s feel-good story, has reverted to looking like an overmatched AAAA player. Even the long-awaited return of catcher Matt Wieters from Tommy John surgery was a huge letdown. Wieters has been a shadow of his former self and struggled to the point that Caleb Joseph looks like the team’s best catching option.

Just as 1989’s “Why Not?” Orioles left me hungry for more baseball each day, and emotionally drained by late September, this season’s “What If?” Orioles reduced me to apathy. I stopped caring when the team stopped trying. For me that realization occurred around the time the O’s were getting swept out of Texas in late August. For some fans it came during the offseason when Dan Duquette replaced Nelson Cruz and Nick Markakis with Travis Snider and Nolan Reimold. In a few weeks I’ll be able to look back and see some positives that came out of this almost entirely frustrating season but today I’m just kind of tired. The Orioles are officially eliminated and I’m officially over it. How many days until spring training?