March’s American League favorites are on the ropes. 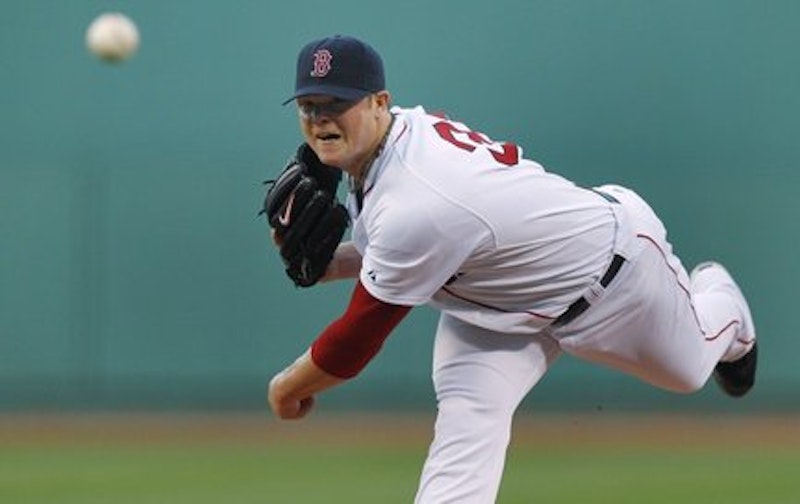 The Red Sox are in a pickle. Inter-league play, usually a period when Boston piles up wins, has been a trial, as the team’s record in late June reflects. Philadelphia’s Cliff Lee shut out the Sox on June 28, giving him 32 straight scoreless innings, while Josh Beckett had a sub-par outing. Something has to give, since Boston’s problems won’t be fixed when they get back to the AL, where David Ortiz can log his four or five at-bats a game. 2011 will be a seller’s market before the July 31st trade deadline, and Boston has a lot of needs to fill. Internally, however, there are a few options. A combination of savvy acquisitions and timely call-ups will be the difference between a shot in October and a third-place finish.

GM Theo Epstein must address right field, the starting rotation and the bullpen this summer. Unfortunately, other contending teams have the same holes to fill. The Phillies, which has the best record in the MLB, are desperately searching for a right-handed power bat to spell the aging and increasingly ineffective Raul Ibanez. The A’s Josh Willingham, once activated from the DL, will likely become a priority for both Philly and Boston. David DeJesus, another Athletic, is a less glamorous option. DeJesus is hitting a paltry .222, although a charitable explanation for his performance could be the vast confines of the Coliseum and the lack of protection in Oakland’s pathetic lineup. Epstein was considered the front-runner to acquire DeJesus before last year’s deadline, but a thumb injury ended his season before talks really started to heat up. Because of his disappointing show thus far, DeJesus will cost almost nothing to acquire, as opposed to Willingham, who will require a decent prospect or two. Alternatively, recent call-up Josh Reddick could be made full time right fielder, as long as Terry Francona feels comfortable playing him against lefties.

Starting pitching, the only area of the team that was unchanged during the off-season, is quickly becoming a problem. Daisuke Matsuzaka has likely pitched his last game for Boston, even with another year left on his contract, because of the increasingly common Tommy John surgery. John Lackey is a bigger mess, and he’s not even injured. Apparently his statistics match his personal life, and “Everything in [his] life sucks right now.” On top of that, Clay Buchholz will stay on the DL until at least July 4th.

At least Jon Lester is performing… oh wait. Lester’s 3.66 ERA is misleading, because he’s allowing more walks and striking out far fewer hitters than his career norms. And the trade market for starters is thin. Wandy Rodriguez, Carlos Zambrano, and Chad Billingsley are available, but because of long-term contracts, they probably won’t draw much interest. The Dodgers’ Hiroki Kuroda recently said he’d need compensation in order to waive his no-trade clause, and who knows how he’d do outside of the NL. Jason Marquis remains the most realistic option, but given the Nats’ exorbitant demands for mediocre players in the past, a deal is unlikely. Felix Doubrant, who has a 3.14 ERA for Boston’s AAA club, will most likely be called up by the end of July.
The bullpen situation is a little easier to fix. Big names like Heath Bell and Matt Capps are possibilities, but less-celebrated guys like Glen Perkins or Grant Balfour are more likely. Jim Johnson of the Orioles is another name to watch out for, but Baltimore’s Andy MacPhail has been wary of in-division trades in the past. It’s not too rash to suggest that if Theo Epstein doesn’t have a productive deal-making month, and the Sox miss the playoffs again, he’ll be out of a job.