How to get maximum value. 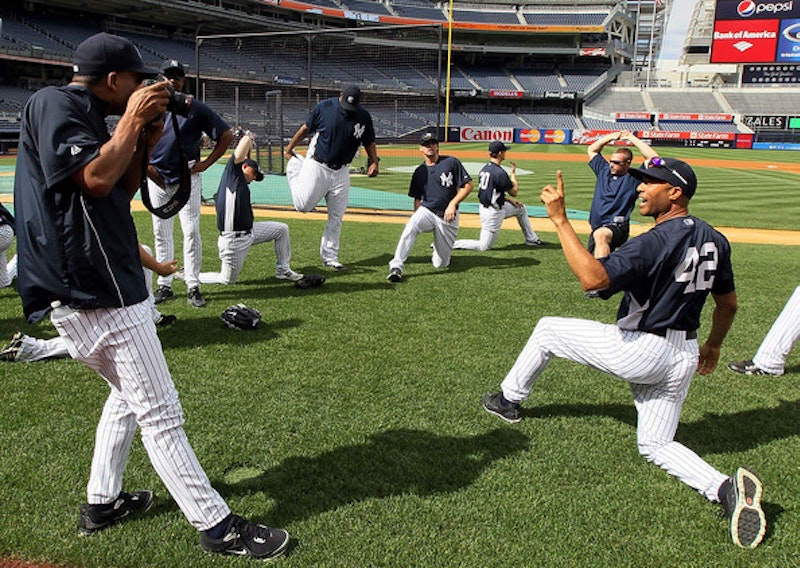 Relief pitchers are fickle. One year they’re a sensation, a feel-good success story and the next they’re toiling in a minor league camp. It’s rare to find a late-inning man good enough to pitch effectively through the seventh, eighth, or ninth frames for a long, smooth period of time. For every Mariano Rivera there are 200 Cla Merediths, and for every Trevor Hoffman there’s a million B.J. Ryans.

Relievers are relievers for a reason. No high school pitcher aims to be a set-up man or a mop-up guy. Generally, they either lack a third pitch, have a mountain of injuries, or a combination of the two. Relievers are volatile, and their flaws can be endless. Who could have predicted Joaquin Benoit’s spectacular 2010? His mediocre 2011, however, was much easier to foresee. So, after a relief pitcher has a strong season, teams should jump at the chance to either sell high or move the hurler into the rotation.

It rarely works, but the Rangers’ C.J. Wilson and Alexi Ogando confirms the theory that a set-up man or closer can be converted into a successful starter. Wilson claims that his time in the bullpen helped him work out his mechanics properly and led him to where he is now, the ace of the Texas staff. The huge difference in innings pitched can take a toll on the arm, however, as Joba Chamberlain proves. Chamberlain, still very young at the time, was transferred in and out between the Yankees bullpen and rotation, and is now likely to undergo Tommy John surgery in the near future. Wilson and Chamberlain represent the extremes, and there are a bunch of pitchers, like Neftali Feliz, who try out for the rotation, don’t make it, and continue to dominate in the late innings.

If the switch doesn’t work then trading successful relievers is the only way to get maximum value out of them. I’m not saying the Braves should peddle Craig Kimbrel or Johnny Venters since they have so many years of team control left before free agency, but players like Mike Adams and Jim Johnson need to be dealt this summer. Adams might follow up his sensational 2010 and 2011 with an even better 2012, but there’s a good chance that he won’t. Heath Bell seemed destined for another Rolaids Relief Man of the Year Award, but even though he’s still racking up saves, opposing clubs have pulled back their aggressive offers because of his declining K/9 and rising BB/9. If Padres GM Jed Hoyer had dealt Bell in the winter then he’d have received maximum value for the reliever, which could’ve included a top prospect. Now Bell is an expensive rental and a backup option for a contending team in need of late-inning help.

Mike Adams is at the peak of his value, in a year when the Padres aren’t contending, so why not deal him? Large relief contracts almost never go in the team’s favor; just look at Benoit and Ryan. Brad Lidge, Kerry Wood, Brian Fuentes, and even the great Trevor Hoffman have wasted millions of their team’s dollars on lost seasons. The Rays and the Marlins have proved that a productive bullpen does not have to cost very much money at all, and that sometimes the best relievers are signed to minor league contracts.