The Return of Jose Reyes

The Mets shortstop has had a great season so far, but how long can he keep it up? 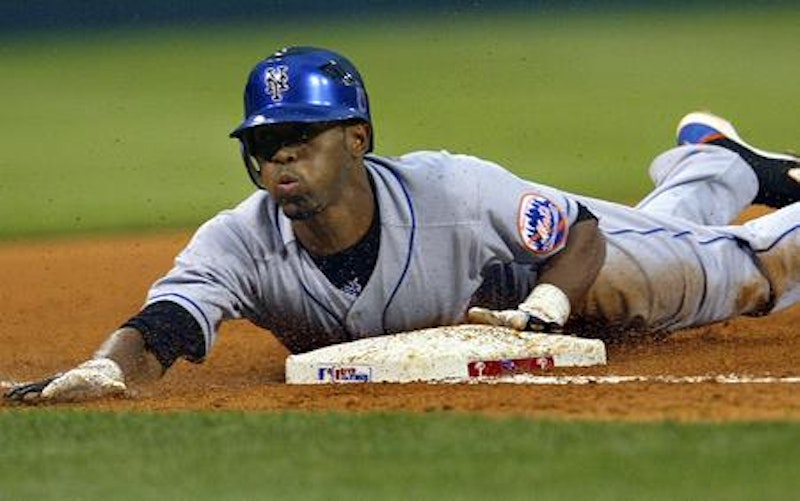 After two forgettable seasons, the Mets’ Jose Reyes has come back with a vengeance. Back on the DL, again, Reyes is in line for a break after a scorching first half. If midseason numbers are any indication, the shortstop could end the year with well over 200 hits and a clean 60 stolen bases. Comparable to Red Sox outfielder Carl Crawford in many ways, Reyes is primed to land a contract larger than Crawford’s in both length and overall dollar value this coming offseason.

But is Reyes worth over $142 million? According to the besieged Mets’ principal owner Fred Wilpon, no. Yet almost everybody else in the baseball world says yes. That may be because Wilpon, if the Mets re-sign their franchise player, will be the one writing the checks. $142 million, however surprising, may not be enough. Left-fielder Crawford, who was initially projected to sign for around $90-$108 million, plays a less coveted position than the shortstop Reyes and was only seriously courted by two teams. Up to 12 teams in the MLB in need of a shortstop have the money to pursue Reyes this winter. He’ll also be nearly a full year younger than Crawford last offseason. Realistically speaking, the Mets could make a very competitive offer, in the $200 million range, and still lose their man to a rival club. If a bidding war ensued, much like what happened with Mark Teixeira, the dollar figures thrown out could be astronomical.

Yet, again, does this make sense? Reyes has been a cornerstone in the Mets offense since 2005, and his defense is excellent, but $200 million? Any free agent contract is usually a bad idea to begin with, but the long-term ones require a huge amount of thought. Will Reyes still be performing on both sides of the diamond when he’s 38? Will he even be on the diamond? And no one can expect at what age he’ll start to regress. Who would’ve thought that Alfonso Soriano was going to turn into a one-tool, nearly useless schlub so quickly? Vernon Wells, Barry Zito, John Lackey, and Carlos Lee have all done the same thing.

In addition, Reyes has been wrought with injuries throughout his career, and according to Wilpon, “He’s had everything wrong with him.” Though not as injury prone as players like Eric Bedard or Rich Harden, Reyes has quietly racked up numerous ailments throughout his career, including a lot of hamstring tears, back and calf problems, and even a short Thyroid condition. Any long-term contract has its risks, but gambling on Reyes to remain healthy and productive isn’t a smart bet.

Of all the five tools, speed is usually the first to go. Reyes, unfortunately, is heavily reliant on his legs in order to play his best baseball. Without as many stolen bases, Reyes would quickly morph into a one-dimensional offensive player. Earlier in his career he was considered more of a power threat, but so far in 2011 he has just three home runs. Also, the shortstop has never been one to walk very often, which is why his OBP usually lingers dangerously close to his batting average.

Overall, Jose Reyes has been a terrific, electrifying player and is in the middle of his best season, but that doesn’t mean he’ll repeat this stellar performance next year, or even in the second half of 2011. Shortstop is a tough position to fill, and when there’s a MVP candidate on the open market in that slot then he’s obviously going to get a lot of cash. Before signing him though, general managers should take off the rose colored glasses and objectively examine the risks involved.