The Rays Can Buy and Sell in the Next Month

A look at their options. 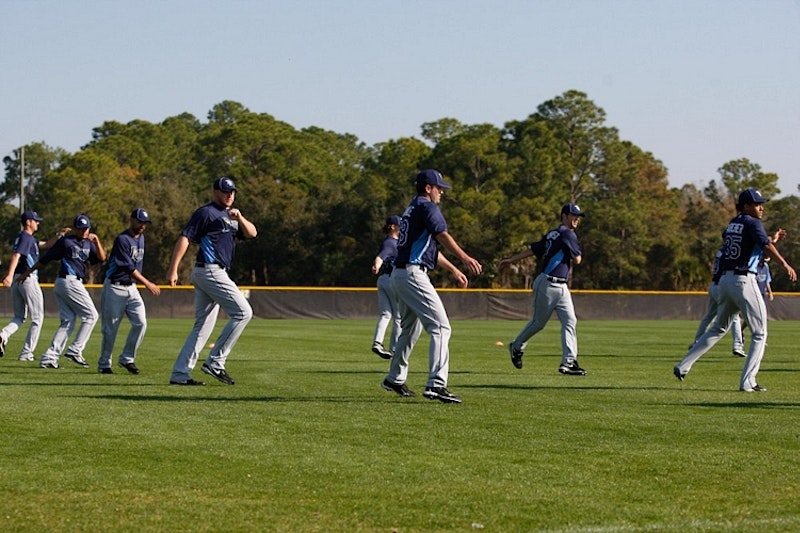 Around the beginning of July, general managers really start to evaluate their place in the standings and decide whether or not to sell off expendable pieces to bolster the farm system or trade for a player of two in order to strengthen the chances of a playoff berth. The Tampa Bay Rays, however, have the opportunity to do both.

Without a huge budget, Tampa Bay can only afford relatively cheap players, but for right now, that’s not necessarily a negative. Pricey options on the market include Carlos Beltran, Wandy Rodriguez, Jose Reyes, and Francisco Rodriguez. While that list may be star-studded, it’s a volatile group. Beltran has been on and off the DL for three years, Reyes might not even be available, and the two Rodriguez’s have already priced themselves out of Tampa’s reach. Either way, GM Andrew Friedman shouldn’t worry, there are a lot of options for him to consider.

B.J. Upton fell out of favor in Tampa several years ago, and this summer might finally be the end of his tenure there. The Nationals have had serious interest in the lazy, underachieving centerfielder for a while now, and GM Mike Rizzo might finally get his man if the Rays find a suitable replacement. That won’t be hard, though, as they have two outfielders in AAA, Desmond Jennings and Brandon Guyer, hitting like they’re already in the major leagues. If Friedman doesn’t want to rush the two youngsters, Melky Cabrera, Jeff Francoeur, and David DeJesus could all be acquired on the cheap. Now, the Rays would only be willing to part with Upton if they received a sizeable return, as he does carry a heavy amount of upside along with all of his baggage. Tyler Clippard, an All-Star setup man having a dominant season, might do the trick. Whether or not Rizzo would part with Clippard remains to be seen, but according to Peter Gammons, he is “willing to overpay.”

The addition of Clippard, or any other strong reliever, would make reinvented closer Kyle Farnsworth expendable. Farnsworth, who is in the middle of his best season, could fetch a hefty return. The reliever market is over saturated with big names like K-Rod, Heath Bell, Matt Capps, and Brian Fuentes all available through trade. The difference between them and Farnsworth isn’t necessarily performance, although he’s had a better year than all of them, but price. During the offseason he signed with the Rays for a measly $3.25 million, making him the highest paid reliever in Tampa Bay’s bullpen. St. Louis, Philadelphia, Detroit, and Arizona could all be interested.

Finally, Johnny Damon could be of use to another ballclub. Even though he’s not performing terribly, Friedman would most likely trade him in order to clear payroll space, so the receiving team wouldn’t have to give up much prospect-wise. Damon’s .279/.323/.426 slash line is ordinary, but when combined with his playoff experience, leadership qualities, and ability to (poorly) play left field, he could be a valuable addition to a club like the Giants or Diamondbacks.