Here’s to Mike Mamula, the Eagles defensive end who broke the NFL Combine and then broke the fans’ hearts. 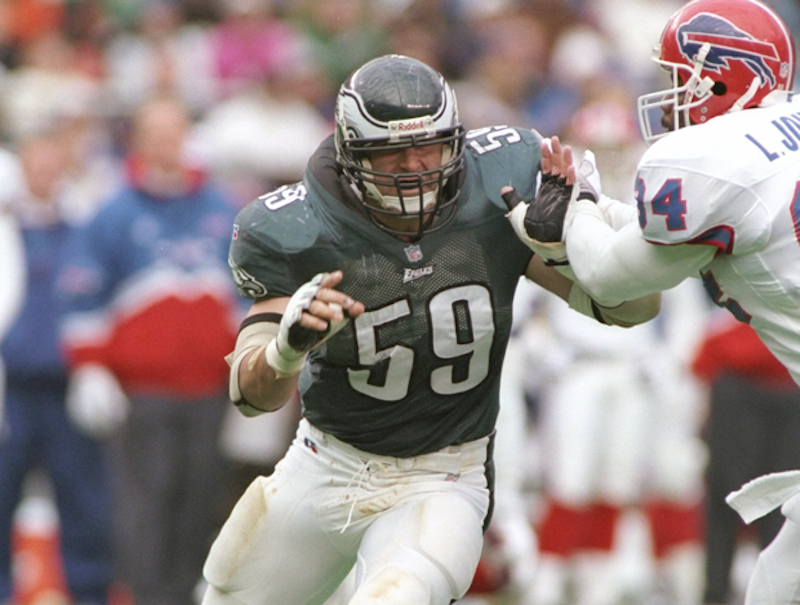 Boston College’s Mike Mamula broke the 1995 NFL Combine, or so the story went. Then he disappointed everyone, so the story also went, which allegedly proved once and for all that the Combine he broke was itself irreparably broken.

None of that just-so story matters, though, because each subsequent Combine actually matters far more than the previous one: the Combine is its own kind of Super Bowl for the What-If and What-Might-Be. In fact, Mamula arguably made the Combine matter way more than ever before, because until his ridiculous workout turned the heads of reporters and team executives, most scouts had focused less on the strength and agility exercises and more on the various football drills that the collegiate stars participated in.

In the Combine, six exercises plus the 12-minute Wonderlic intelligence test give us the measure of a football-playing man. A decade of competitive athletics is reduced to a 40-yard race, a vertical jump, a broad jump, a 3-cone drill, a shuttle run, and a “bench press for reps” activity. Never mind that only three of those—the cone drill, the shuttle run, and the broad jump—seem to have any bearing on actual football activity. Never mind that there’s no correcting for weight in the bench press (what does it tell us, for example, to know that 250-pound Mamula or 230-pound Rutgers fullback Brian Leonard posted more reps than the average 300-pound lineman?). Never mind that football speed is better measured at 5 yards and then 100 yards, given that you’re rarely on your feet past the line of scrimmage and the true “open field” is about the only time you’ll be breaking away from anything at all.

But it’s fine, it’s football, it’ll be gone soon enough after the brain damage lawsuits sweep it under. And Mike Mamula, the perfect man, was perfectly average in the NFL. His 28 bench press reps, 4.58 speed, and 49/50 Wonderlic score translated into 209 tackles and 31.5 sacks over the course of a six-year career.

Teasing excellence and delivering adequacy is a beautiful thing: you’re always on the cusp of something, statistically speaking, except you never get there… but maybe you could’ve! And how great it would’ve been if you had!

"I mean, what was I supposed to do? Try not to do well at the Combine?" Mamula told ESPN in 2008. "The Eagles drafted me when they did and you can't change that. I played hard and I enjoyed my time there and I still call Philadelphia home because it's a great area."

Does that make the Eagles’ decision to draft him okay? Writing for everyone else who has failed to live up to his or her potential, who has turned heads on the bench press moments before causing everybody to turn away forever, it’s okay by me.