The Red Sox blew it by letting Bard start games. 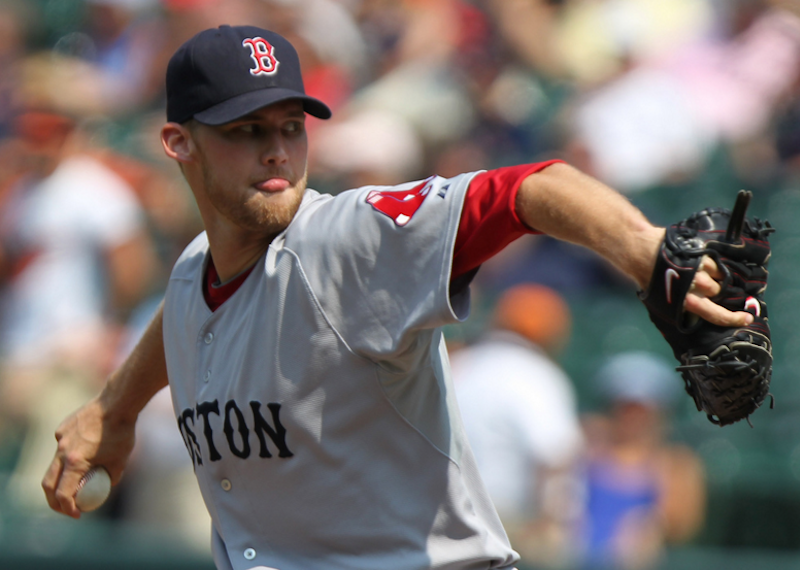 What we all knew six years ago is official: Daniel Bard’s career is over. SB Nation reported Bard doesn’t intend on playing pro baseball in 2018, although the official MiLB website’s transaction log shows he officially retired on October 3. Three months passed and no one noticed, a further indication of how far Bard has fallen.

A former first-round pick, Bard quickly established himself as one of the more dominant relievers in baseball as the Boston Red Sox’s setup man. He hit 100 mph early in his big league career and posted a 1.93 ERA in 73 outings in his second big league season (2010). Following the 2011 season, Bard was the logical heir to Jonathan Papelbon for Boston’s closer job. That’s where it all went downhill.

Bard negotiated with upper management and then-manager Bobby Valentine into earning a chance to start games. In a lapse of judgment, management caved to Bard. It’s worth noting Red Sox relievers Brandon Workman, Matt Barnes, and Joe Kelly have told me—when I was covering the minor leagues— they prefer starting. For Bard, the red flags were there. He was a starter during his first pro season, but it didn’t go well; he posted a 7.08 ERA in 22 single-A starts and struggled with command (78 walks in 75 innings). That’s why he ended up relieving. Plus, fatigue set in on Bard the previous September (2011). He pitched 143 times between 2010 and 2011, leading the team in appearances both seasons. All of those fastballs added up and he posted a 10.64 ERA in 11 September 2011 outings. If that were any indication, the Red Sox should’ve given him fewer innings, not more.

Instead, they gave the closer’s job to Alfredo Aceves, whose fastball barely cracked 90 mph. Aceves ended up blowing more saves (eight) than anyone else in the American League. As for Bard, starting turned out to be a career-killer. He gave the Red Sox two mediocre months of starts, posting 4.56 ERA in his first 10 outings. After that, however, he collapsed in his next start against the Toronto Blue Jays.

Bard started the game by issuing three straight walks to load the bases. In that span, he only threw two strikes, and more of his pitches were not in the same zip code as the strike zone. He then surrendered a grand slam to Jose Bautista. After walking Edwin Encarnacion on four straight pitches, Bard recorded two outs to escape the inning. The following inning, he walked three more batters and plunked two of them. When he drilled Encarnacion and the Blue Jays slugger threw a fit, Bard was removed from the game and subsequently sent down to Triple-A.

In 2014, it was revealed that Bard was suffering from thoracic outlet syndrome, but the Red Sox did nothing to treat this. Instead, they let him relieve in Pawtucket and from there, his arm and confidence progressively got worse. He ended up as the PawSox’s worst reliever (7.03 ERA in 31 outings) and the Double-A Portland Sea Dogs’ worst reliever (6.39 ERA, 17 walks in 12.2 innings over 13 outings) in 2013. By then, the Red Sox realized his career was over, but he did not.

Bard ended up bouncing around to the Chicago Cubs, Texas Rangers, St. Louis Cardinals, Pittsburgh Pirates, and New York Mets organizations. None of them could fix what had been broken for years—just as no one could fix Steve Blass or Rick Ankiel’s yips. He pitched 13 regular season minor league innings over four seasons (2014 to 2017) and issued 62 free passes (46 walks, 16 hit batsmen). Despite posting a 175.50 ERA in four outings Single-A in 2014 (13 runs in 0.2 innings), he didn’t realize it was time to give up. His downfall was so extreme that his minor league ERA (5.70) is significantly higher than his big league ERA (3.67). It all came to an end when the 32-year-old couldn’t make it out of a full inning for the Gulf Coast League Mets on July 2, 2017 despite facing hitters who were about half his age.

That’s what his career came down to: giving up because he got knocked around by 16- to 18-year-old kids, 95 percent of whom will never step foot in a big league clubhouse. The Red Sox failures with Bard are also indicative of a greater problem in their organization: a lack of understanding as to how to develop and preserve pitching prospects. The only Red Sox pitching draft pick in the last decade who’s stuck around and been a full-time big leaguer for the team is Matt Barnes. One first round pick turned out to be a mediocre middle reliever. Brandon Workman and Brian Johnson have potential to join the list, but it comes down to how they perform next season. Meanwhile, the Red Sox issued poor judgment by rushing former St. John’s closer Craig Hansen to the big leagues and flopped on other first-round picks including: Michael Bowden, Anthony Ranaudo, Pat Light, Henry Owens, and (likely) Trey Ball.

Maybe seeing Bard burn out the way he did will be a wakeup call to a team considering making the same decision. Still, one cannot help but think what Bard could’ve accomplished had the Red Sox just given him the ninth inning.