Memo to Red Sox Ownership: Let Your New GM Do His Job

Ben Cherington faces his first hurdle in choice of managers. 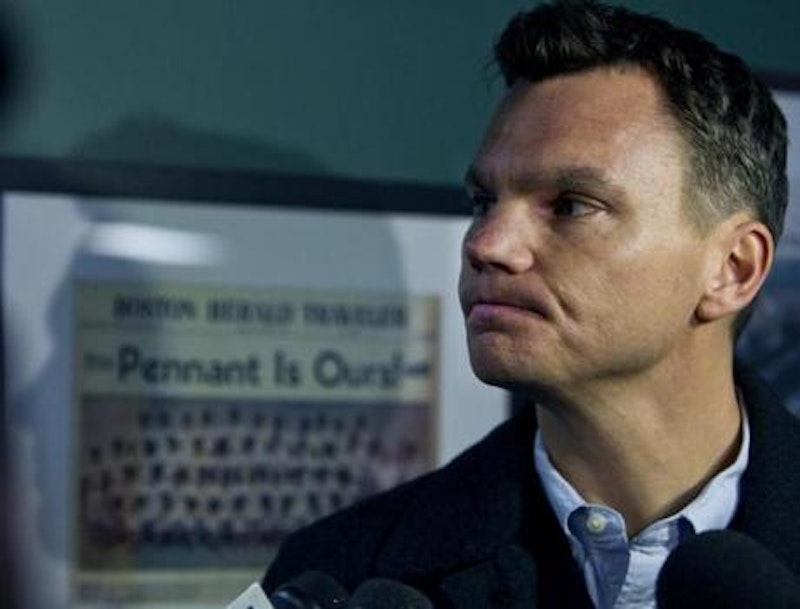 On the surface, it doesn’t matter who finally lands the Red Sox’s vacant managerial position. Both Bobby Valentine and Gene Lamont are qualified and able candidates, and either of them would be a good choice. While Valentine has more experience and Major League success, Lamont offers a down-to-earth attitude and relaxed nature that Boston’s coaching staff has been familiar with for years. GM Ben Cherington is pushing for Lamont, while the ownership is heavily favoring Valentine, who hasn’t been in MLB since 2003. If Cherington doesn’t have enough power to pick his own manager, then Red Sox fans are going to have to get used to losing, because Sox President and CEO Larry Lucchino isn’t fit to engineer a baseball team.

The current speculation is that Valentine will be announced as the new skipper as early as this week. In some people’s eyes, he has enough energy and vigor to motivate and straighten up the clubhouse’s lazy, sour attitude. In others, he comes off as an arrogant loudmouth who will most likely get paid 10 times his worth. In reality, he’s probably somewhere in the middle. Regardless, Bobby V has an impressive track record, including successful stints both in America and Japan, for the New York Mets and Chiba Lotte Marines, respectively.

In many ways, Lamont is the opposite of Valentine. More cool and collected, he hasn’t had much achievement at the MLB level; then again, neither did Terry Francona until he joined Boston. The comparisons don’t stop there: Francona and Lamont have a lot in common, in fact, according to Bronson Arroyo, who has been managed by both of them. “I remember a couple of times we had some fights on the bus and he had some meetings, but for the most part he was very similar to Terry Francona. He was going to ride the season out, try to let players do what they do and not ruffle too many feathers,” the veteran pitcher recalled. It seems like they’re trying hard to forget about it, but the Red Sox brass need to realize that Francona had many triumphant seasons in Boston, including two championships. He clearly lost control of the clubhouse towards the end, but ultimately, that was a one-month blip on an otherwise stellar tenure. If Lamont actually is anything like the former Sox skipper, fans can be confident that he will do a good job.

Anyway, at this point, whom they appoint as manager is inconsequential. With how the players have been portrayed in the media over the last two months, they’ll be tarred and feathered by fans if one of them so much as dogs it to first base on a routine ground out. If the characterization as a beer guzzling, fried chicken-munching fat lard doesn’t motivate you to succeed and prove your usefulness, I don’t know what will. That Bud’s for you, Josh Beckett.

What worries me isn’t how the new manager will perform (as long as the majority of the team stays healthy, they can easily make the playoffs), it’s that it has taken so long for the front office to make a decision. If the ownership doesn’t have complete faith in Cherington, who’s more than capable of engineering a winning team, then Boston will remain static as a third place ball club.