Justin Upton to the Pirates?

It may take a few prospects, but Justin Upton will be worth the haul. 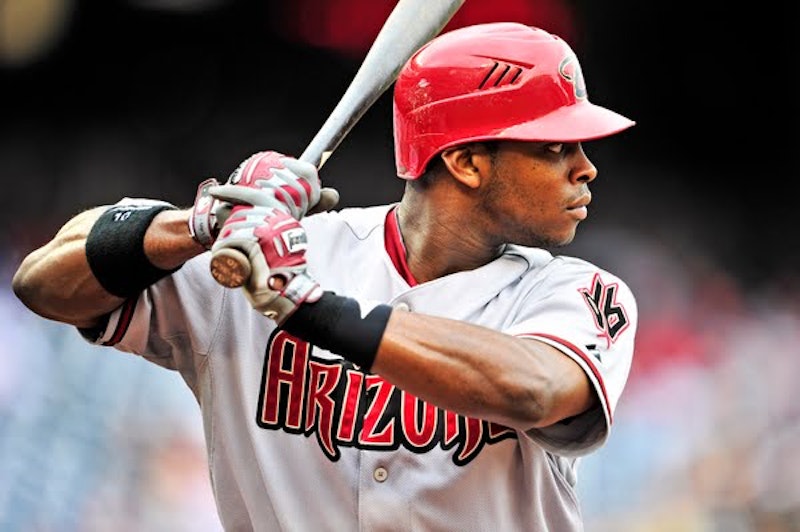 Every year there’s controversy regarding the July 31st trade deadline. “Will-they-or-won’t-they” speculation always creeps up when a player unexpectedly hits the market. This year’s poster boy is Justin Upton. Oddly enough, the young outfielder is no stranger to mlbtraderumors.com, as GM Kevin Towers played around with the idea of peddling the two-time All Star during the winter of 2010-11. Unsurprisingly, Upton was then coming off a disappointing season, one where he hit .273/.356/.442, although still posting 3.0 fWAR. The same thing has happened again, and with the Diamondbacks likely out of contention, Towers is prepared to trade the former first overall pick.

The Pirates are a popular prospective destination right now because they are finally back in contention, neck and neck with the Reds. Dealing for Upton within the week might be a necessary move for Pittsburgh GM Neil Huntington with Cincinnati star Joey Votto on the sideline for the next month. Huntington can’t be afraid to surrender the goods, though. With so many recent high draft picks, you’d think the team would be totally stacked with prospects, right? They have a pretty good farm system, especially with Alex Hanson recently emerging as a legitimate top 30 ‘spect, but it’s still not up to snuff with San Diego, Texas, Toronto, and St. Louis.

Huntington and Pirates fans need to realize that the old adage of “give talent to get talent” applies here. Towers has proven himself a more than competent GM, and it’s doubtful that he would send away his star outfielder, regardless of perceived attitude problems, without one of Gerrit Cole or Jameson Taillon. A realistic deal starts with both Taillon and outfielder Starling Marte. Pittsburgh fans should count their blessings if both Upton and Cole are in the same organization come August. If I were Towers, Cole would be required in any potential trade. Taillon has as much upside, but lacks the certainty of his fellow right-hander. Negotiations seem to be progressing slowly, and if Huntington continues to label even Marte off limits, they will inevitably die along with Pittsburgh’s hopes at October glory.

That last part isn’t entirely true. Really, who knows if Upton will immediately turn it around, a la Kevin Youkilis, or continue at the lame pace he’s been leading all season, like Ubaldo Jimenez. If the Pirates are serious about winning the NL Central, then they need someone who’s able to contribute today. On the other hand, who wants to give up prospects for a rental? Cole Hamels, Zack Greinke, Carlos Quentin, and Shane Victorino are the only other promising options to explore, and they all have one thing in common: impending free agency. Trading for Upton, with the hopes that a change will rejuvenate his swing, is the ultimate “win-now, win-later move.” The right fielder is signed through 2015, so he wouldn’t be going anywhere for a while.

The Pirates aren’t the only team interested, though, and Huntington needs to realize this. To pry away Upton sometime this week, an aggressive offer is a necessity. Imagine if the Rangers throw themselves further into the sweepstakes. They could easily offer Mike Olt and Martin Perez, which is a reasonable package for someone with Upton’s massive upside, and Towers wouldn’t have to look twice at Pittsburgh’s meager proposal.

If there’s no underlying issue that Arizona isn’t letting on to, like a rumored shoulder injury, then Upton is one of the few players actually worth a massive package of prospects.