MVP, Cy Young and Rookie of the Year: the contenders are clear. 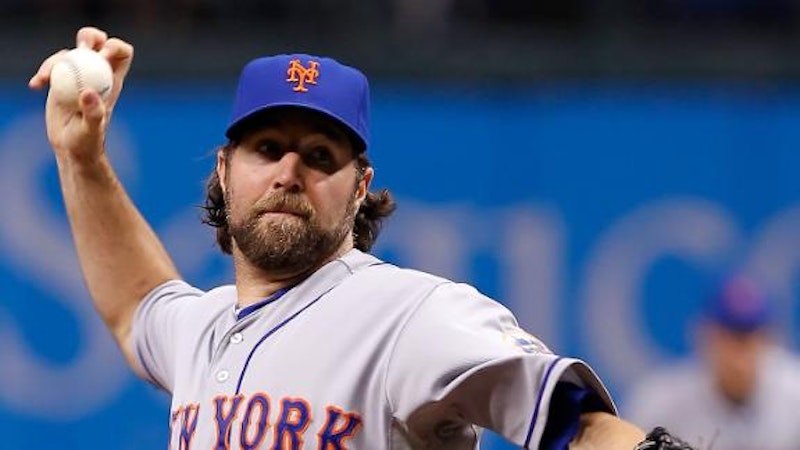 The 2012 Major League baseball season is just past the halfway point. The next few weeks will feature rampant trade rumors as the contenders hope to separate themselves from the pretenders in advance of the July 31st non-waiver trade deadline. Let’s take a look at the leading candidates for baseball’s most prestigious off-season awards.

The American League has several worthy contenders for the MVP award but the Rangers’ Hamilton stands out above the rest. The soon-to-be free agent leads the AL in RBIs and has slammed 27 dingers for the first place Rangers. Robinson Cano of the MLB-best Yankees will also garner strong consideration at season’s end. The Detroit duo of Miguel Cabrera and Prince Fielder also figure to get some votes if the Tigers can overtake the White Sox in the AL Central standings. Hamilton's biggest threat may be hard charging Angels' rookie Mike Trout.

National League: R.A. Dickey
Dickey’s remarkable journey through personal hell and baseball purgatory (aka: Oklahoma City) could culminate in the National League Cy Young Award. The 37-year-old knuckleballer currently leads the NL in wins (12) and ERA (2.66) for the surprising Mets. Dickey has tossed three complete games and two shutouts. Gio Gonzalez of the Nationals and Matt Cain from San Francisco may be Dickey’s biggest obstacles to winning the Cy Young.

American League: Jered Weaver
Weaver is having a stellar season for the Angels. He’s been a rock all season for a team that is battling back from a slow start. Weaver is 11-1 with a 2.26 ERA and a 0.95 WHIP in 18 starts. Defending AL Cy Young winner Justin Verlander and young lefty Chris Sale of the White Sox will give Weaver a serious battle down the stretch.

Rookie of the Year

American League: Mike Trout
While the Athletics have discovered a trio of promising young hurlers, and Japanese imports Wei-Yin Chen and Yu Darvish have emerged as legitimate big league starters, it’s been the 20-year-old Trout that has shone brightest of all. Trout has flashed impeccable skills at the plate, on the bases, and in the field. He currently leads the AL in batting average, steals, and awe-inspiring home run robberies. Trout has a legitimate shot at being the first player to be named Rookie of the Year and MVP in the same season since Fred Lynn in 1975.

National League: Bryce Harper
The Diamondbacks’ Wade Miley had a terrific first half culminating in a selection to the All-Star game. Unfortunately Miley’s solid start has been overshadowed by the phenomenon that is Bryce Harper. Harper, just 19, has eight home runs, 11 steals and a .797 OPS for the Nats. He’s also responsible for at least one t-shirt inspiring catch phrase. Colorado catcher Wilin Rosario, who leads National League rookies with 15 home runs, could pose a threat to Harper’s crown.