The story of Ed Rogers. 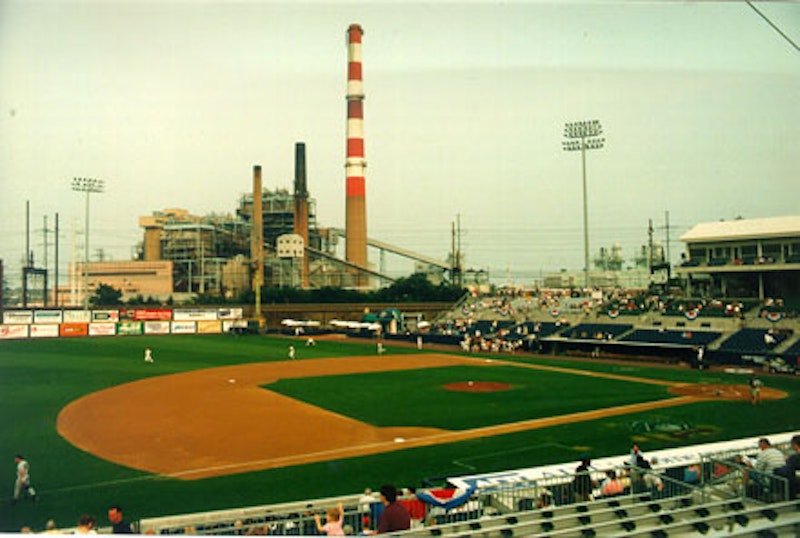 My kids and I headed out to watch the York Revolution one night last week. When we arrived at the ballpark I was delighted to find that former Oriole Chris Waters would be starting for York and that Jeff Fiorentino, another former Baltimore Bird, would be playing left field. Some people may think that seeing former big leaguers desperately cling to their boyhood dreams by playing out their final baseball days in the Atlantic League is depressing; I’m not one of those. I'm a sucker for minor league baseball. There is simply no better family entertainment value than a night at a minor league ballpark. The chance to spot a few ex-Major Leaguers on the playing field is just value added to the price of admission.

The Revs were hosting the Bridgeport Bluefish. As I scanned the Bridgeport roster while my kids climbed on the playground, I spotted the name of former Orioles' prospect Rommie Lewis, now a reliever for the Bluefish. A bit further down I came across former Baltimore closer Jorge Julio, now filling a similar role in Bridgeport. It wasn't until we sat down for the first inning that I heard the biggest name of all, a name that still sends chills down the spine of any Orioles' diehard.

Ed Rogers!  Are you kidding me?

Yes, that Ed Rogers, former top prospect and beacon of hope for the beleaguered Baltimore fan base, is the starting shortstop for the Bridgeport Bluefish. If you've never heard of Rogers don't fret, you're not alone. Rogers was Manny Machado before Manny Machado. He was the greatest thing since Manny Alexander, another groan-inducing Dominican shortstop prospect. Rogers even drew comparisons to Alex Rodriguez when he made it all the way to Double-A as a 17 year old in 2000. He was supposed to be the next great Oriole hitting the big leagues as a teenager, just like Jim Palmer and Brooks Robinson before him.

Rogers was still highly regarded after hitting just .199 in half a season with Double-A Bowie in 2001. After all, he was just a kid. Rogers had plenty of time to fulfill his vast promise. In Spring Training of 2002 any hope surrounding Rogers' future was quickly dashed when it was revealed that he had lied about his age. Seemingly overnight Rogers went from an 18-year-old future star who struggled in his first extended taste of  Double-A to a 22-year-old suspect who couldn't hit quality pitching.

In this week leading up to baseball's trade deadline the prospect mavens will be quick to sing the praises of unproven youngsters. Team executives will throw around the word "untouchable." People like me will rush to label the week's winners and losers. Before anyone gets too worked up about the trade of a prized prospect, remember that the man billed as the next A-Rod got a cup of coffee with the Orioles in 2002 and again in 2005. He spent parts of five seasons with the Bowie BaySox before appearing in 17 games with the 2007 Red Sox. Ed Rogers is now a 33-year-old journeyman with a .259 batting average for the Bridgeport Bluefish. Rogers finished his big league career with six hits in 30 plate appearances.