Never bank on prospects to pan out. 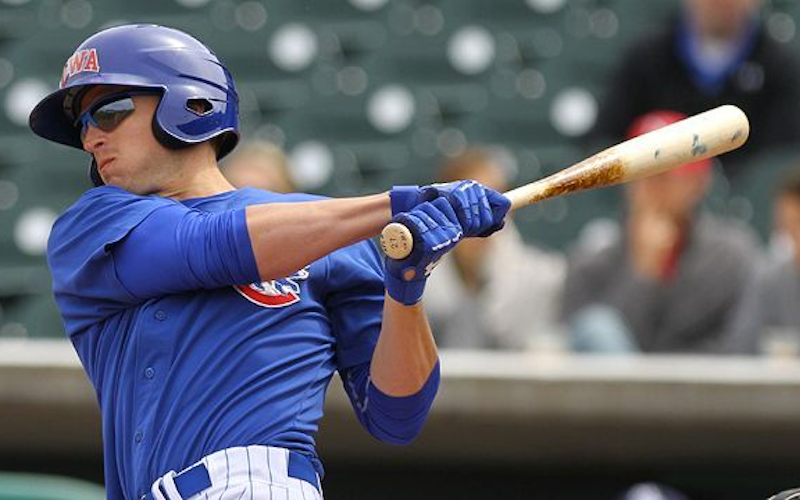 If you didn’t have an eye glued to Friday’s Major League Baseball transactions page you probably missed the bit about Josh Vitters signing a minor league deal with the Colorado Rockies. The signing is of little consequence to all but Vitters himself and the PR director for the Colorado Springs Sky Sox, the Triple-A affiliate of the Rockies and Vitters’ likely home for much of the next seven months. Vitters used to be kind of a big deal but his uneventful exodus from the Cubs’ organization is a cautionary tale.

The Cubs have been flying high this winter. The free agent acquisitions of manager Joe Maddon, Jon Lester, Jason Hammel and a trade for Dexter Fowler has fans dreaming of a 2015 World Series appearance. For the first time since Theo Epstein’s arrival in 2011 those dreams aren’t completely unfounded. Epstein and company have assembled an impressive array of young, premium offensive talent and augmented those homegrown sluggers with free agent pitching. The Vitters’ signing serves as a harsh, pre-Spring Training reminder that young, homegrown sluggers are often just as likely to pack their bags for the Pacific Coast League as for the All Star Game.

Vitters was the third overall pick in the 2007 MLB amateur draft. He was considered the best high school hitter in the draft and looked like a can’t-miss kid. Drafted as a third baseman, Vitters was prematurely billed as the long awaited successor to Ron Santo. Despite being highly rated by Baseball America and Baseball Prospectus from 2007 through 2010 Vitters was solid but unspectacular. He finally delivered on his promise in 2012 slamming 51 extra base hits and posting a .869 OPS in 110 Triple-A games. Vitters earned a call to the big leagues where he floundered. He hit just .121 with 33 strikeouts in 99 at bats for the Cubs that season. Vitters hasn’t been back to the Major Leagues since.

By mid-May the Cubs will feature likely Jorge Soler in right field, Arismendy Alcantara in left field or second base, Javy Baez at second, and Kris Bryant at third. Addison Russell will be knocking on the door from Triple-A Iowa. If the 2015 Cubs have any chance of living up to the expectations that have flooded forth from the Internet those kids will need to do what Josh Vitters couldn’t; produce in the big leagues. Vitters never lived up to being the next Santo and Cubs fans are hoping that none of the current crop of youngsters ends up as the next Josh Vitters. History suggests they won’t be so lucky.